For decades the technology industry has been chasing the holy grail of computing: natural language conversation. Humans have always wanted to talk with computers like a real person, but for a long time, it’s felt like a pipe dream.

Research has stretched decades. IBM had a computer that could understand spoken words as early as the 1970s, but it took more than an hour to crunch a single sentence. Dragon Dictate, the first consumer voice product, launched in 1990 for more than $9,000 per license.

Now, just two decades later, you have a voice assistant in your pocket that can understand you pretty damn well for essentially no cost.

It’s incredible to think about, but shackling these incredible voice assistants to phones meant while they had come leaps and bounds into the future, have mostly been restricted to doing menial tasks and being used for stupid jokes. When Google announced its Siri competitor, Google Assistant, last month I wrote that it looked more promising than Apple’s version ever had, but it’s further ahead than I thought. I picked up a Google Home while I was in New York last month and it’s changed the entire way I think about voice, and how computers can actually help us in a natural way.

I always thought Siri was cute, but mostly dumb. It’s easy to stump it by simply asking it a vague question, or following up a query like “what movie is Jennifer Lawrence in” with “how old is she?” The illusion quickly falls apart, and as far as I’ve seen, Siri isn’t much use outside of being an egg timer.

Naturally, given this I was skeptical — but having watched the Google Home launch video and seen all the hype about Amazon Echo, I decided to give it a go and see if it’s as magic as promised. 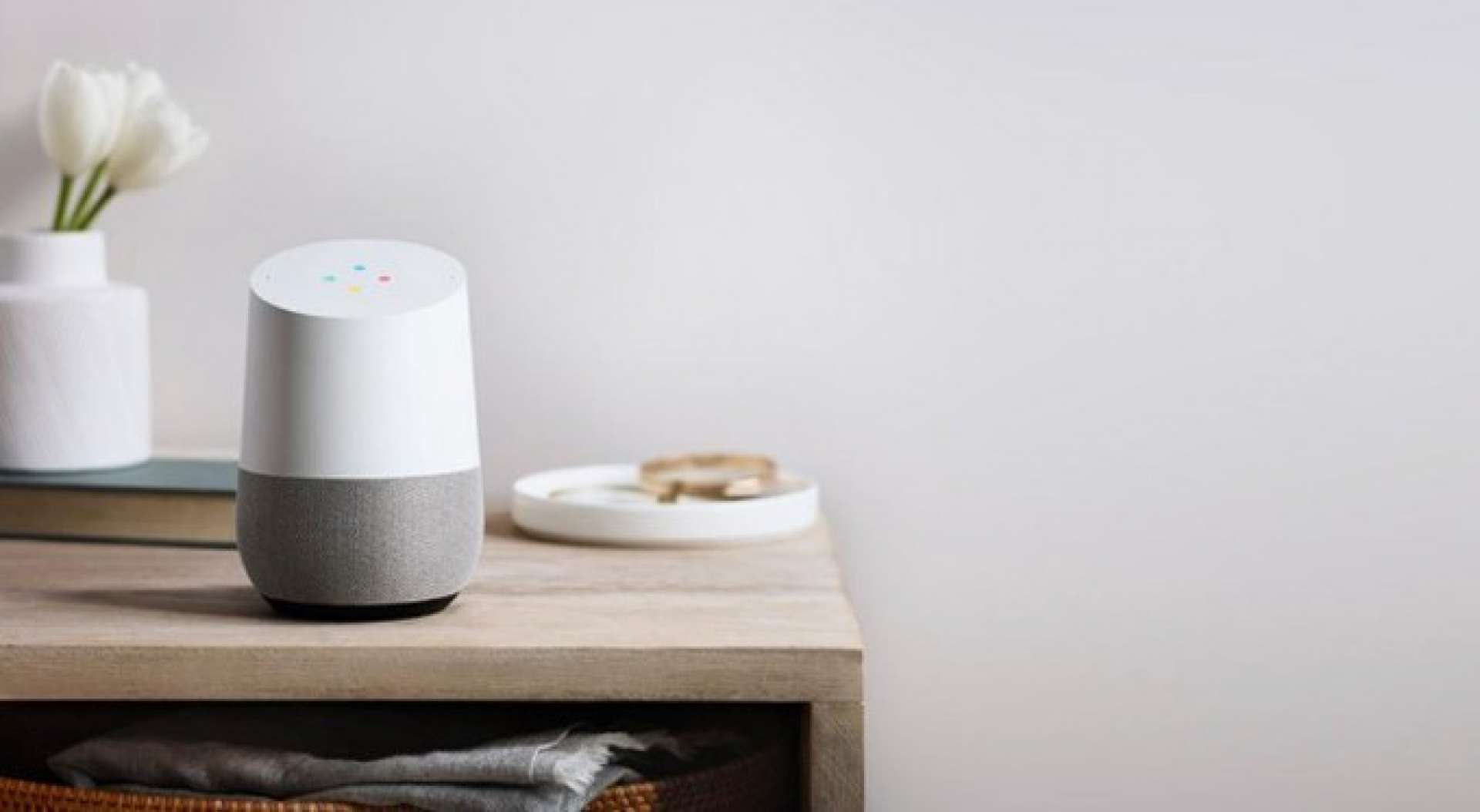 Google Home is… well, a fairly simple device if you start looking closely. It’s a speaker with two far-field microphones that essentially services as a place in the physical world for Google Assistant to live — that’s pretty much it.

You can speak from anywhere in a room and ask a question or perform an action, play a game or even control your home. As far as I can tell, the moment you say “OK Google” it starts streaming your voice to the cloud for processing, and stops the moment you’re done — almost no processing is done on-device, and otherwise it’s mostly a glorified Chromecast.

Interacting with Google Home is awesome however. It’s super quick, and entirely conversational. Once you ask a query like “OK Google, how do I say let’s play video games and hang out in Japanese” it’ll reply, out loud within milliseconds “ビデオゲームをプレイしてみましょう.”

The beauty of the device is really in how it’s able to understand both context and the seemingly bizarre, however. If you say “OK Google, who’s that guy who plays God in lots of movies” it’ll say “Morgan Freeman.” From then, if you ask “what else is he known for” it’ll pick up that you’re still referring to Morgan Freeman, and tell you a bunch of stuff from his biography.

My favorite command is a simple one: “how’s my day looking?” Home spouts off the things in my calendar, the weather in Amsterdam, how long my cycle to the office will take and then jumps into a two-minute world news briefing. It’s simple, but actually really addictive.

Home really comes into its own if you buy a whole bunch of smart devices, too. I reluctantly picked up a set of Philips Hue smart light bulbs, and wired up my smart thermostat to the device with IFTTT. Now when it’s cold, I can just say “OK Google, turn up the heat” and it does adjusts up a few notches.

Even better, “OK Google, goodnight” turns off all the lights, stops the music, turns off the TV and lowers the heat automatically. If you have a few Chromecast devices it’s nifty too — then you can just say “Play Carly Rae Jepsen in the Living Room” and it works.

It’s quite amazing how powerful the microphones are, and you really feel like you’re talking to a human. The magic of that seamlessness is quite powerful. So much so, in fact, that it’s actually a little creepy interacting with Home on its own the first few times — it’s fast enough that your brain really thinks it’s just talking to a person.

That’s the magic that Google’s pulled off here, and it’s really compelling. Home has a lot of personality, and if you ask a particular question that deserves a different tone of voice, to emulate enthusiasm or being reserved, it actually reacts how you’d expect.

Ask to play a game, and Google Home says in a higher-pitched, faster-paced voice “Oh boy, this is gonna be so much fun!” The Wall Street Journal reported that Google has hired Pixar writers to give the device more personality, and it constantly shines through. 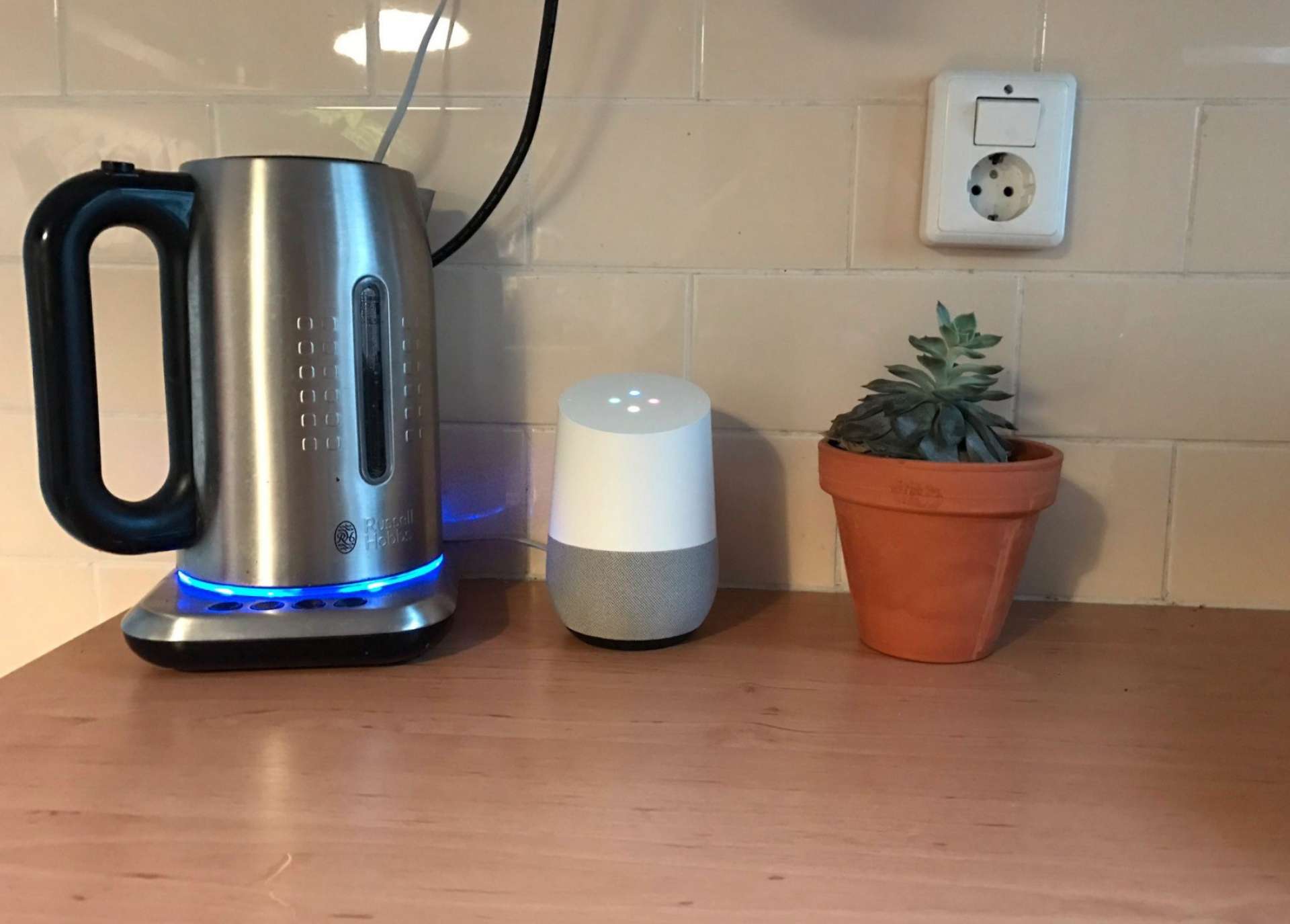 There are some obvious gaping holes for improvement: Home, ridiculously, doesn’t work properly with Google Apps accounts, so I can’t get my work calendar with it. It also can’t connect with multiple people’s calendars, so my partner doesn’t have her own information in it.

Most of all, I don’t like saying “OK Google” constantly, and I wish the company would let me name it — but I suspect it’s set this way so it can consistently learn millions of times what it’s hearing to get a big data set.

One other weird thing is occasionally you just stump it entirely with searches that work in other Google products. Ask “what movies are on near me” and it’ll get confused: “sorry, I really didn’t understand what you meant by that.”

I’m sure it’ll get better over time, but even small improvements in these areas will help a lot. It seems like a massive oversight that Home can’t handle multiple people in a house… since that’s one of the most obvious use cases — bizarre.

I thought Home would be a gimmick, but a few weeks after launch and we’re using it all day at home for music, news and lots of other stuff. It feels like a glimpse of the future, and for the first time I’m really convinced voice assistants could take off. Google Home truly makes Siri look like a toy.

Home is one of my favorite purchases of the year — you won’t regret it if you’re interested in dipping your toes in the smart home world, and it’s of such a high standard that it feels like Google is playing in Apple’s league for the first time.

Everything ‘just works’ and you feel like you’ve got a Star Trek-style communicator everywhere in your home. If it keeps getting better, I can say for sure that I want one of these in every room of my home — we’re really living in the future.

This post was originally published on Medium - thanks for reading <3