Amazon doubles down on Echo 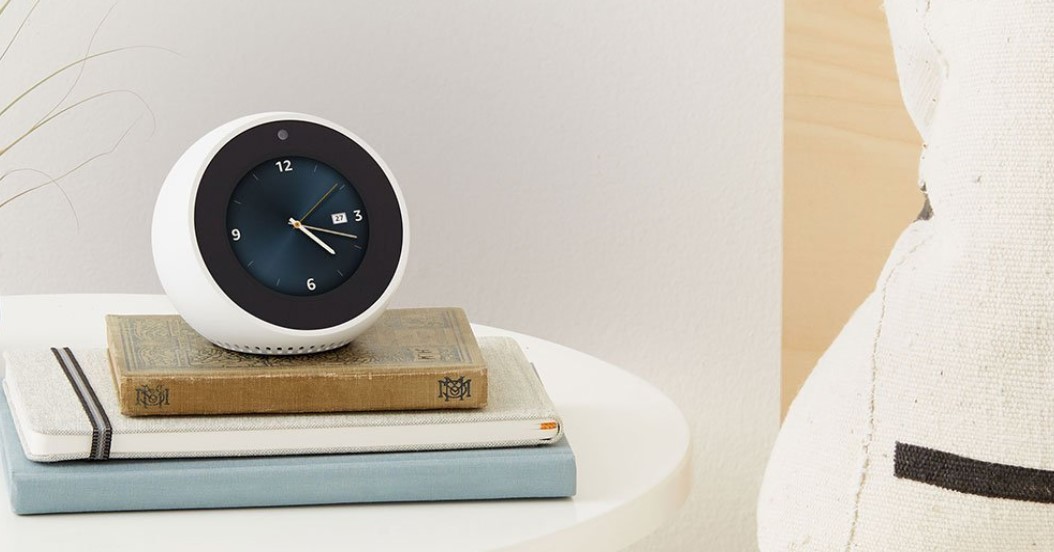 Amazon's cadence with its Echo voice-assistant (or is it Alexa, I always get confused) is impressive and today at a 'surprise' event it showed off a whole bunch of new devices designed to invade your home across the spectrum:

1) A redesigned Echo for $99 that's covered in fabric (just like Google Home) to bring the entry price point lower as Apple gets ready to release its HomePod which will directly compete.

2) The Echo Plus, which looks similar to the old Echo and is being billed as the higher-end model. It has a "second generation" far-field microphone so it's better able to hear you and it acts as a smart home hub.

3) A new Echo Spot device hopes to be a mixed-use that sits in for your alarm clock or nursery camera. It's a tiny Echo with a screen that resembles an alarm clock in shape but does a lot more like video calling.

4) The final unexpected piece of the puzzle? A tiny widget for attaching to a landline. Yup, that's right, your old-school phone can be piped into Echo too so your mom can answer phone calls. Easy to discount this one, but it's a huge in for the older generation.

What's clear is Amazon wants to own the home smart platform. There's now a device for quite literally every room and with the addition of full multi-room music streaming, Amazon is setting its sights on Sonos and Apple too.

If nothing else, Amazon views Echo and Alexa as the next 'home' platform and the battle is very clearly in full swing to own that space before someone else wins. Google's holding a Pixel event next week (which I'll be attending!) to announce a similar suite of devices.

Amazon's strength with Echo is also its weakness: it doesn't have any first-party smart home devices still, while Google holds the keys right now with Nest.

Given Amazon's push into smart home connectivity, I'd expect at least one weird experiment there soon but for now it's sledge-hammering it by giving you a free smart bulb by Philips with each device.

What's key here is Amazon's breadth and speed: it's got a price point for everyone (Echo sold 400% more in 2016 than the previous year, so 2017 will be interesting) and it's a device that is easy to give as a present to someone else because it'll grow on almost anyone.

I'm not convinced Amazon's hardware speed is able to keep up with how far along Google is with Home. Assistant is clearly better in many ways, and gets confounded far less by queries than Alexa, but perhaps Amazon's brute-force pricing strategy could e the winner.

Twitter is known for being 140-characters. There's an art to cramming your thoughts into SMS-style chunks, even if it feels old school, but that's coming to an end as the company moves to double the limit.

It's now testing the ability to tweet a whopping 280-character message, which will fundamentally change how the service operates.

The 280-character upgrade is already available for some users (and you can easily enable it with a Chrome extension) and it's clear how early the experiment is: there were no design considerations and the change is already being abused to push everything off your screen.

Whether you're a 140-character purist or not, Twitter's limit was always one of those charming quirks of the service, but also one of the most frustrating.

I always liked how it forced you to be concise, but I imagine for new users who are used to Facebook's freeform limit it was perplexing at best and just caused frustration given it almost always amounts to a single sentence.