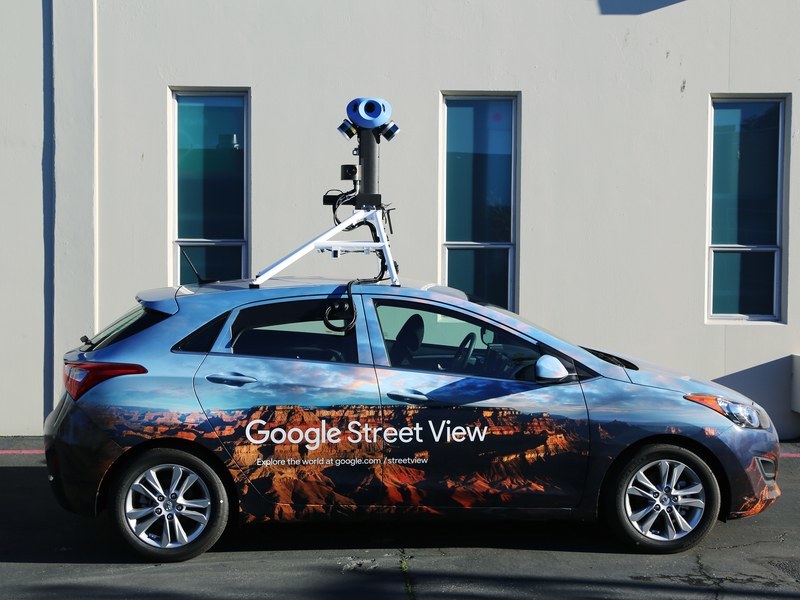 To beef up its future Assistant chops, Google is giving Street View a big resolution update — it's not to help you and me see the world but the company's algorithms.

After more than 10 years in usage, they've taken 80 billion photos on the road and Google intends to continue using them but plans to exploit the photos in new ways.

With machine learning, and the company's fancy new Tensor Processing Unit chip, it plans to scrape those photos for every piece of information it can — words in the window, the color of the building or what part of the street it's on.

Google aspires to handle queries like “What’s the name of the pink store next to the church on the corner?” in the near future, which requires an up to date data set from the real world.

It seems Google has realized its own physical limitations, however, and hopes to enlist you to help feed those algorithms and keep the data set up to date when the cars aren't there. 360-degree cameras with "Street View Ready" certification" are now available, and will be processed in the same way it would the data from its cars.

As you probably know from the times you've looked up your own house on Street View, the data tends to be wildly out of date as it takes a while for new cars to drive past, so it might help but won't solve the problem entirely.

Ultimately Google aspires to remove the driver of the mapping car from the equation which would help the project scale exponentially, but that's a chicken-egg problem: the data from Street View is needed to help that project, and the cars are needed to help get the data updated more frequently.

Facebook video is everywhere but it's pretty well known for being totally OK with ripped videos, music and other copyrighted content. The platform still doesn't have a real copyright identification tool like YouTube, so take downs of illegal videos are a long manual process.

The company's promised a real solution... but it's two years away, so in lieu of that it's looking to outright pay record labels for their music so it can stop taking down videos.

It's a new tactic we've not seen before, but one that could work well: it means users aren't 'annoyed' by Facebook taking down its videos and the social network gets to keep feeding the video monster it's building in pursuit of killing YouTube.

The biggest question is what happens to the perception of music if the deal goes through — does it mean that user suddenly feel emboldened to upload anything to the site and ultimately devaluing copyright across the web? Given that people are always going to upload infringing material, maybe it's a better way to operate.

Teaching AI how to play piano

"A.I. can't be creative" is something you'll hear a lot over the next few years as machine learning gets better, but I'm here today to tell you that it really can be creative, it just takes time to learn — and probably won't be perceived to have achieved that level anytime soon based on our own perceptions of creativity.

In lieu of that, it's amazing to see what's possible now.  The author of this post hacked together a machine learning algorithm, MIDI keyboard and a Raspberry Pi to help play piano together and the results are kind of wild — it works, even if it's rudimentary.

More than anything this challenged my perception of what can be done with machine learning and AI in the future. Will we be listening to AI-generated hits on the Billboard Hot 100 in the next few decades? It's entirely possible, and Sony's working on it.