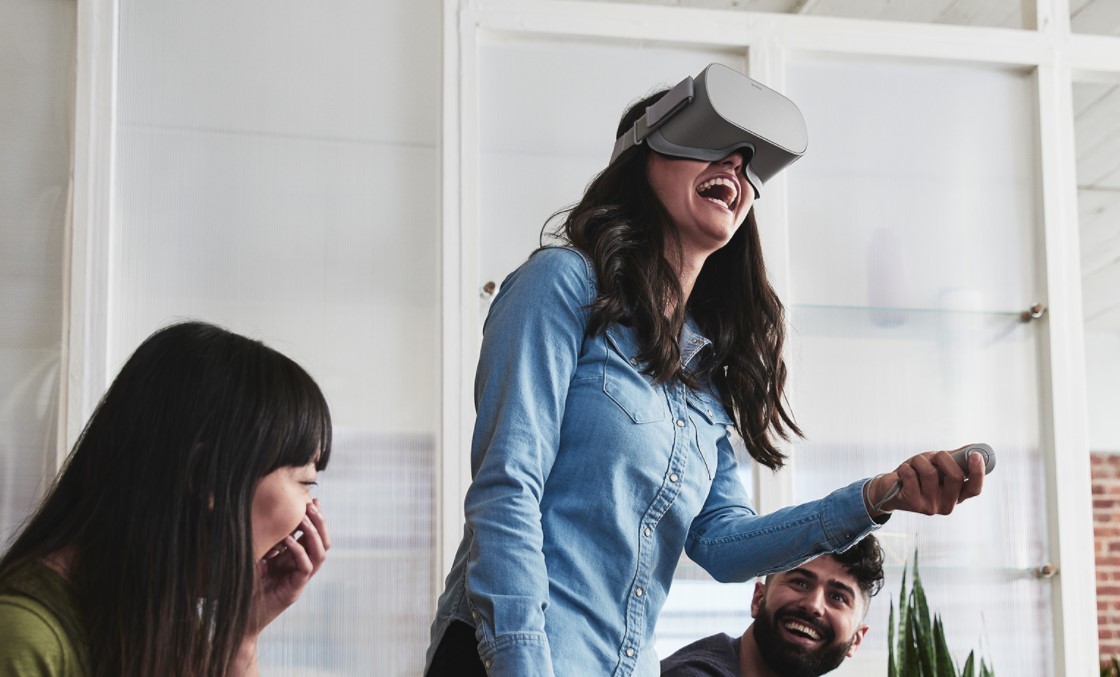 While the majority of people in technology seem to have written off virtual reality in its early awkward phases, the industry has continued to trundle along quietly dropping prices and making it easier to jump in. This week, Oculus unveiled a bunch of huge steps forward for VR that are likely to begin opening the flood gates.

Oculus Go is the company's first mobile, standalone VR headset — in other words you don't need a PC or wires to play games or experience content. Very few details are known about the platform it's using underneath, but it's likely to be a very similar experience to Samsung's Gear VR, albeit without the need to slide your phone in.

What is compelling about this headset is it's hitting the market at just $199. That's a price that's going to gut the existing market, which so far has required either a phone and additional headset (Gear VR, Daydream VR) or an entire gaming PC and a bunch of wires.

Google is developing standalone headsets as well under the Daydream VR moniker along with HTC and Lenovo, but Oculus' end-to-end ownership of the platform is what makes it interesting. Rift Core, the software that runs the core experience, now lets you control your computer, customize your home space and jump directly into apps without leaving VR.

That's a huge advantage over many other experiences, like that of the HTC Vive, which relies on the gaming platform Steam to build its 'launch' experience.

Oculus' other play this year addresses the issues in high-end VR too: the nest of wires that nobody tells you about before you order a headset. Each time you set up the Vive or current Oculus, you're subjected to an annoying dance of finding places for the sensors, running the cabling and fidgeting around with the room detection before actually playing anything.

A new prototype called "Santa Cruz" which also ships in 2018 addresses this head on: there's no more sensors to set tup and it's fully wireless so there's no more endless fidgeting or tripping over cables. Using a technology called inside-out tracking the controllers work with sensors on the headset to achieve the same result, which is impressive.

Yes, it'll still require a decently powered desktop computer to play the 'best' games but that's a barrier that's quickly being addressed by the rise of lightweight but powerful laptops 'made' for VR. If the experience is there, I doubt this will prove to be much of a barrier given the scale of the existing gaming market.

By owning the platform (and making much of the content itself) Facebook is proving itself to be a force in the industry and bringing the prices down to just $199 should push an entire wave of new people into VR come 2018 when this headset actually ships, and having a less complex headset at the premium end will drive people to upgrade once they're hooked.

Many people have written off Virtual Reality as a gimmick and believe that Augmented Reality is the only horse that will win here which I fundamentally disagree with. It's not that VR is better than AR — certainly not for real-world collaboration — but VR provides an escape from reality that is quickly becoming compelling.

Games like Echo Arena, which are some sort of cross between Tron Legacy and Ender's Game, are sucking people into entire worlds, something which AR is not able to do. I suspect both platforms will live on, side-by-side, but be used very differently in the long term — with VR the tool of choice for experiencing an entirely different universe, and AR about adding to the existing one.