A war for the designer's toolbox 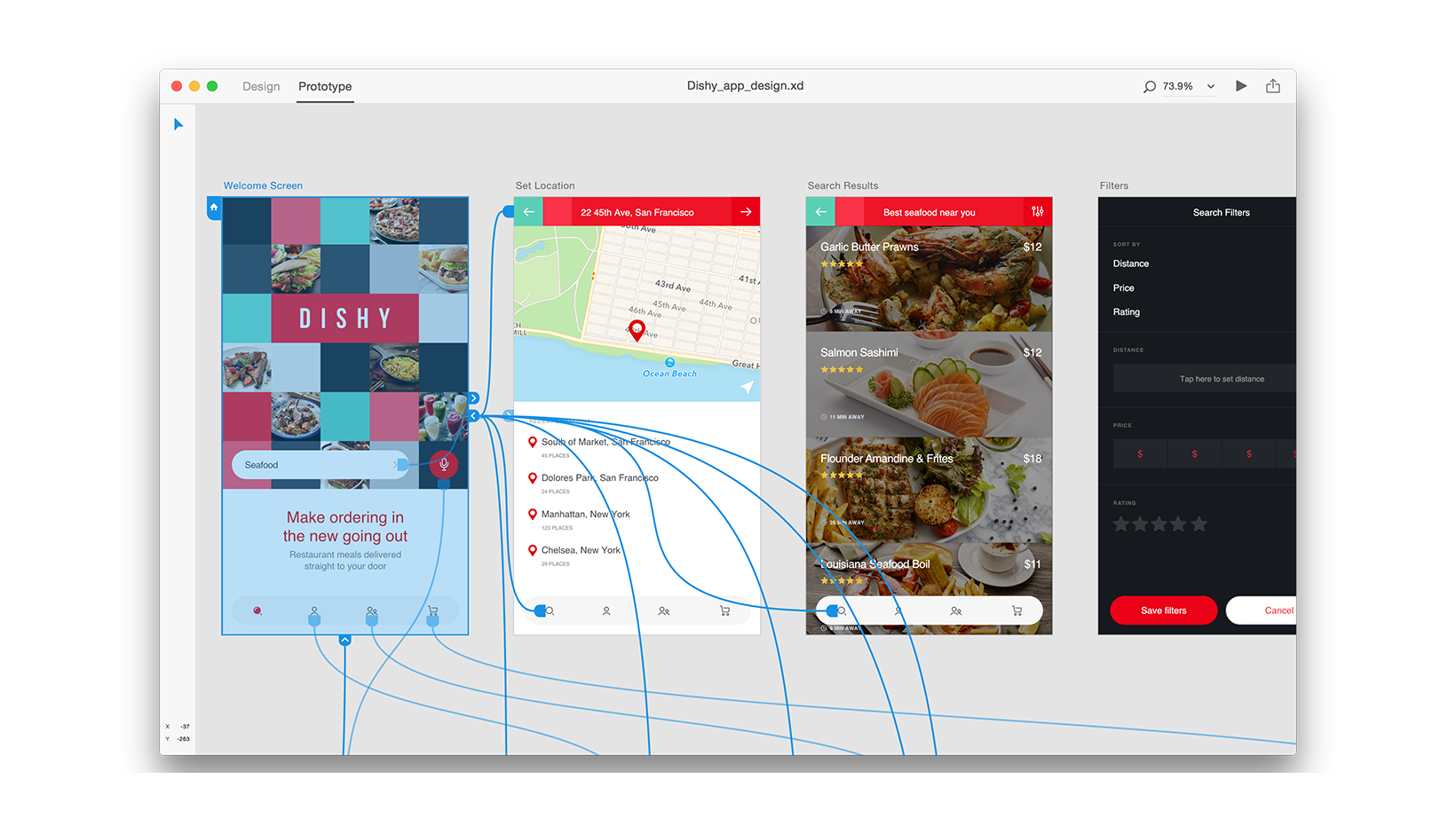 This week is Adobe's annual Max conference where the company touts what's new across its suite of design tools. Interestingly, this year the company is under siege more than ever by a plethora of new design tools made for the next generation of designers that aren't inclined to use Photoshop.

Prototyping and collaboration tools are the current fad in the design industry, simply because the space has been so neglected for so long. While the rest of the world got Google Docs and real-time collaboration, design tended to be stuck using static desktop based tool with file structures like the 1990s.

There's that, and the simple reality that design tooling before just a few years ago was woefully unequipped to deal with designing across mobile devices and screen sizes. Until Sketch came into the world, people used Photoshop (a tool that was originally created to edit photos) to design for... well, everything.

Basically, prototyping lets designers demonstrate how an app might look, react and feel before actually building it. You get almost the real deal without needing to commit up-front. Behold, an example of what I mean in action.

Before these tools existed the flow went something like this: your designer hops into Sketch or Photoshop to work on a screen and when it's time to share either needs to show you on their screen or needs to export the files to flat PNGs so you can look at them without needing a special app.

Adobe saw the prototyping trend emerge after it was popularized by tools from young startups like Invision, Framer, Atomic, Figma, Marvel and others, responding with a new 'preview' piece of software called XD in 2016. It was pretty early, but Adobe's arrival in the category cemented that it would be a real thing, kicking off the land grab for the next 'Google Docs.'

This year we're seeing that come to fruition. During Adobe Max, the company announced a huge update to XD that delivers on the original vision to help designers rapidly iterate on an idea. Invision, one of the original startups, took the wraps off a dedicated tool designed to beat Adobe at its own game that ships in 2018.

What's interesting to me is that there's multiple tools duking it out in extremely different ways up against the 'old guard' that is Adobe, trying to secure a platform play against the company.

Adobe and Invision are betting on desktop-based tools that generate sharing links, while Figma, Atomic and others are betting that you'll be able to natively design everything inside a browser without needing a desktop app (not being bound to any particular platform seems like a wise decision).

Until recently, design was often created in a closed-off space but with prototyping it brings in people across teams to help make the end result even better.

Modern tooling allows design teams to bring in real data from your platform to see how it really feels in the world before it ends up there, essentially proving that a prototype is worth a thousand meetings. More than anything else, it's great to see the 'Google Docs' effect moving to new industries that were once thought to be too difficult to be collaborative.

I swear it wasn't intentional to write this at the same time, but a very interesting new tool called Coda came out of the wilderness last night to change how spreadsheets are thought about.

I've written previously about how I like Dropbox Paper because it breaks out of the assumption that document creation should be done on an A4 sheet even though nobody will print it, and now Coda breaks everything you've assumed about spreadsheets.

Essentially it's an even more powerful version of Excel. You can plug data in easily, link documents together and just discuss on the canvas around the spreadsheet. It's how I imagine Word and Excel would work if you smushed them together into a browser-based product.

What I love about how Coda is being pitched is that it's a tool for "disaffected Excel jockeys" of the world. It isn't dumbed down at all, and lets you build out whatever you want provided you're willing to learn its macro language.

Coda is in private beta right now, sadly, but it looks damn promising.

Facebook's alternate feed is rolling out
I have no idea why I even check Facebook anymore, but the company just launched an 'explore' feed so if you get bored of your own bubble you can see beyond it. An interesting play against services like Twitter, I think.

Amazon's in-house team designed to milk cities
A few months ago Amazon announced the search for a new city to make a second headquarters, an obvious ploy to get incentives for choosing a place as a new home. Now it's emerging the company has an in-house team that's optimizing for the best money and other concessions it can get.

Everyone's mad at Google and it's Sundar Pichai's job to fix it
An interesting piece on Google's new CEO and his mammoth task to fix the company's perception. It's up against multiple antitrust lawsuits, gender equality issues and many more problems. If there's anyone who's best equipped to run Google, I believe it's Pichai, who seems to have the patience, intelligence and empathy needed to drive the organization into a new phase.

Twitter opens up roadmap for safety
Amid constant criticism for the way it handles abuse (or the lack of action it seems to take), Twitter has taken a unprecedented step of actually opening up part of its product to show it's working on it.

Lyft scores another $1 billion
If you wanted evidence Google is convinced Lyft is the platform for its future self-driving car ambitions it's this $1 billion round, led by Google's venture capital arm.