Amazon's secret city hunt is over, and it's backfiring 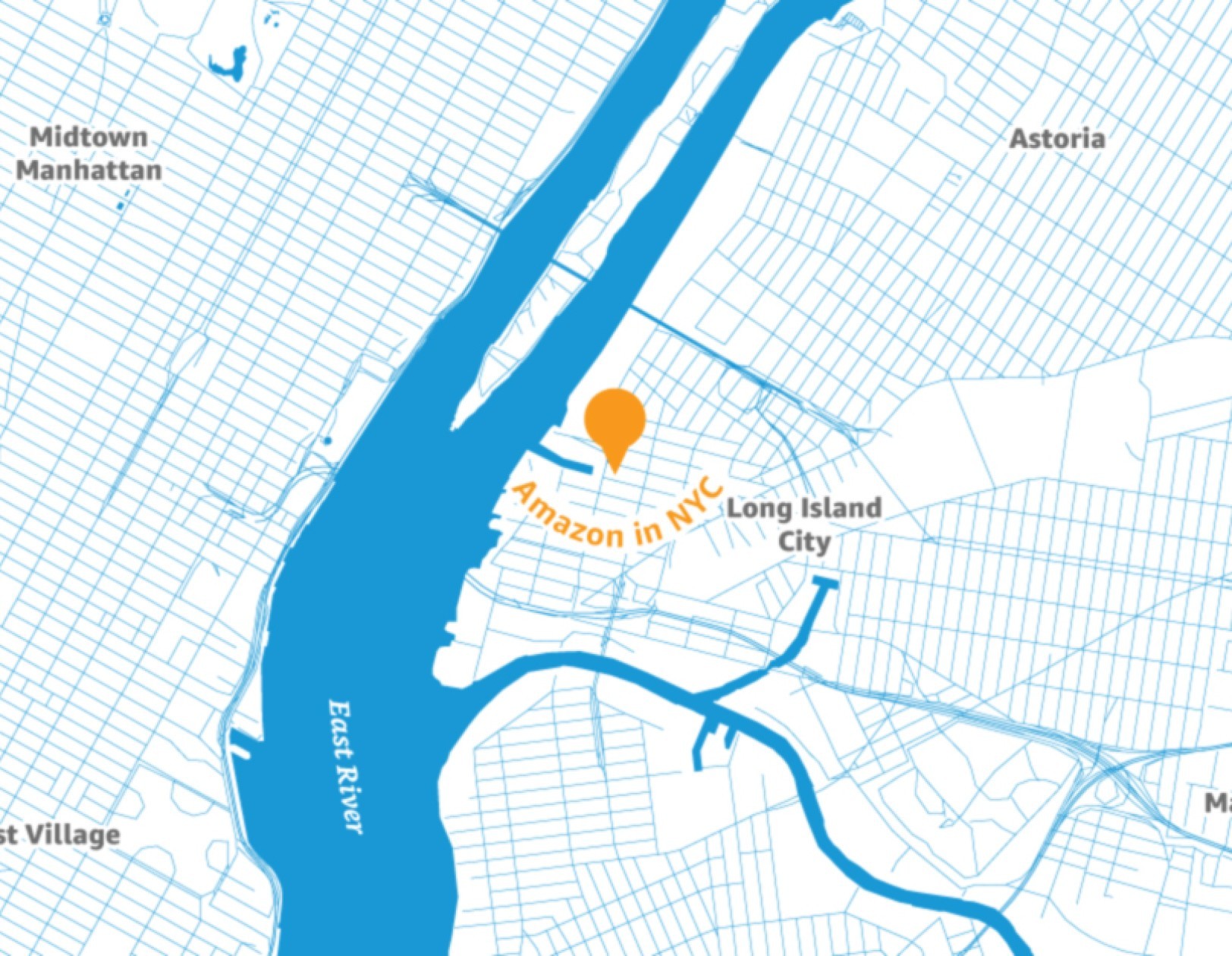 Over the last year, Amazon has conducted a very public but incredibly secretive process to pick a home for its next headquarters. That process is finally over, with Amazon announcing that it chose two new cities to call home: Long Island in New York City and Arlington, Virginia.

The process felt at times similar to a beauty pageant, in which cities competed to win the company's affection with the process itself hidden behind a curtain:

Each city had an opportunity to not only show itself off, but also “to go to the gym” to help reshape what it could do to improve its image in the minds of the judges — a small committee of Amazon executives. Cities showed off their respective infrastructure plans, their available human capital, their diversity, their access to universities, their crime rates and more. The cities could also make pledges to other things they would do if granted the second headquarters — i.e., tax credits, providing land and transportation systems.

What happened over the last year was a sickening spectacle: cities climbing all over Amazon, begging for the chance to invite 50,000 employees, offering billions of dollars of taxpayer money in exchange for basically nothing. Amazon made $3 billion in 2017 alone, and will make much more this year.

To be clear, the winning cities have essentially paid one of the richest companies in the world to open a new office, based on vague promises of rapid growth and possible economic benefits. Yes, overnight the city becomes more attractive to technology startups and giants, however they're also subjecting themselves to the issues with future community displacement, homelessness and equality already plaguing Seattle today.

Not only was the race for HQ2 a sham, it was designed as a race to the bottom with cities on the losing end: Amazon successfully created a way to get the lowest possible bid and access to data on cities, then changed the rules at the last minute to make the most of multiple benefits. The New York Times is calling it a bait-and-switch, but it reveals deeper issues in American cities today: billions were able to be spent without community input, negotiated behind a veil to avoid upset until it was too late.

What I've found most alarming today is reading through the contracts with the cities involved. Fast Company detailed many of the most troubling points, including Arlington raising taxes to pay the company in cash and granting Amazon five business days notice if it ever wants to back out of the deal, while Virginia is locked in until 2043 without recourse.

The technology industry has done a fantastic job of making every city in the world want to be the 'next Silicon Valley' without examining what happened to Silicon Valley. The consequences of inviting technology giants to nestle in and exploit city infrastructure has left everyone to foot the bill, and nobody yet knows how to fix these problems.

Getting a company like Amazon to call your city home sounds appealing on paper, and my initial reaction to all of this was wondering how it could possibly be a negative thing. But, if you examine the impact of a company at the scale of Amazon and the ways it will inevitably shape a city, it becomes clear that any net positive is hazy at best in the long run.

These types of deals are not new, but the benefits are almost always lopsided in favor of the company, with little evidence that they actually pan out for the city at all. Yeah, there are net positives, but paying for the privilege ignores the complications and realities of installing a company like this into a neighborhood.

What happens next will be interesting: work should start in the next year or so, but some are already pushing to block the full implementation of the deal. In New York City, the neighborhood of Queens' officials have come out against the decision, and groups are moving to block the deal from happening. As Casey Newton points out, it feels like Amazon might have misread the room.

The entire process of finding a home for HQ2 is, in my mind, a fantastic example of why 2018 is a year in which people worldwide are learning to trust technology companies less. As an industry, we love painting a lovely, happy image about technology changing lives, but it covers what's really going on behind the curtain.

Snap faces government probe over IPO
File this one under holy shit. The U.S. Securities and Exchange commission subpoenaed Snap for information about last year's IPO, looking for information about whether or not the company misrepresented the threat from Instagram at the time. Given that the share price is $6 right now and it opened at $17, I'm curious to see how this goes as it's fairly unprecedented.

Here comes Waymo's launch in Phoenix (but it's limited again)

Spotify is on Apple Watch, sans any useful features

Good listen: this wild episode of Reply All on the dangers of phone number based two-factor authentication (SIM swapping is a huge problem right now).