Below, I've written a detailed take on Apple's iPad event which I followed with particular interest as I worked in a school previously, but here's the gist: 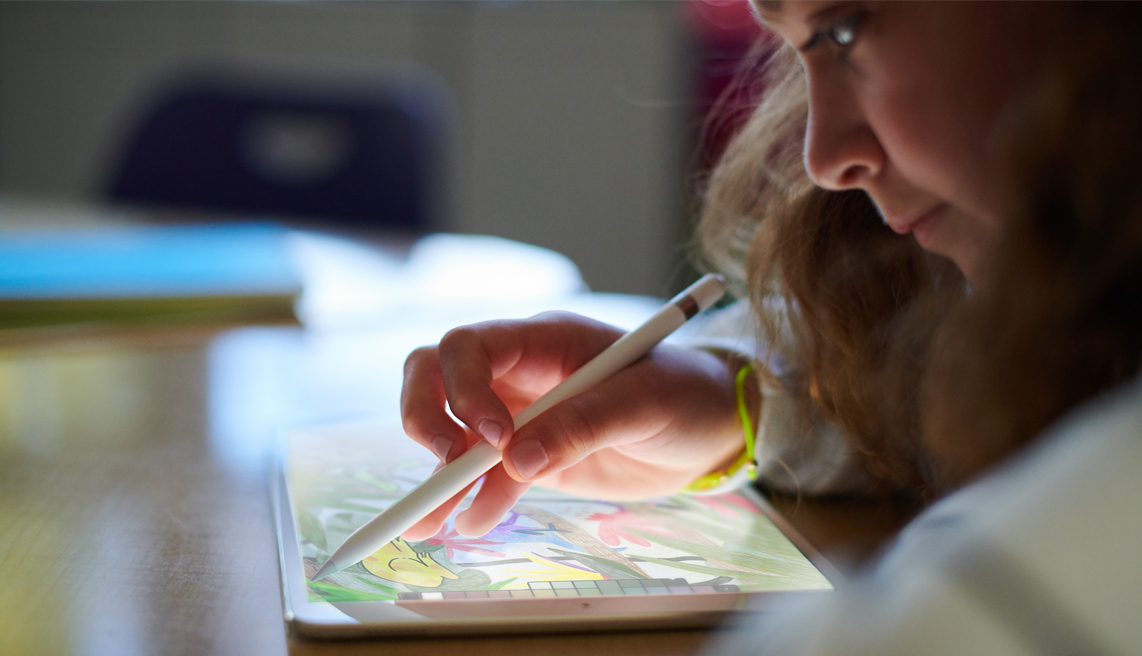 At an event held in a Chicago school yesterday, Apple unveiled a new focus on schools and other educational institutes after leaving the sector mostly alone for the last few years.

It unveiled a new 9.7-inch iPad with pencil support and update specifications. On the surface, it seems rather pedestrian, but with the release of new classroom tools it gets much more interesting because it now starts at $299.

Schoolwork, a new companion app for teachers, allows teachers to essentially manage their class through iPads. They can create and assign handouts, track progress of students and even seamlessly guide them into other educational apps.

Along with other tidbits, the news is designed to play again in a sector where Apple was clearly losing ground to Google: Chromebooks are quickly becoming the popular choice for the classroom.

In a New York Times piece last year, Google is credited with 30 million children using G Suite and Chromebooks for education, more than half of U.S. primary and secondary school children:

“Between the fall of 2012 and now, Google went from an interesting possibility to the dominant way that schools around the country” teach students to find information, create documents and turn them in, said Hal Friedlander, former chief information officer for the New York City Department of Education, the nation’s largest school district. “Google established itself as a fact in schools.”

And there's the rub for Apple: the next generation of computer users are growing up with Chromebooks and the Google platform as a part of their daily life, leaving it with a question of where it might be in a decade if the default becomes Google.

With a lower-priced iPad, Apple is loudly saying it's interested in education and committed to the sector. After all, its roots come from education and it was an important factor in the company's revival.

Watching the event, however, I'm not sure iPad solves the problem at all: Google's surprise lead isn't because of the hardware alone but the fact that it comes with its entire suite of cloud-first tools as well. Drive is right there, along with first-rate collaboration tools and hey, a classroom management tool that comes for free.

Google's management tools are also a big part of that equation. School-owned Chromebooks can be power-washed (wiped) every night remotely after students stop using them and can be configured in a simple cloud console, or have apps installed automatically on them based on an email address alone if students sign into their own device.

Essentially, you get the infrastructure for free with a Chromebook. It's up to you to figure it out with anything else.

Even if we discuss hardware alone, it gets complicated. For $299 you get a base-level iPad without the Pencil (additional $89, or $49 for the nifty crayon one) and without a physical keyboard. One could argue that kids don't want physical keyboards, but I don't believe that to be true all the time.

Because this new iPad doesn't come with the smart connector found on Apple's "Pro" tablets, it won't work with the nifty folding keyboard case so you have to buy a third-party Logitech one with a connector instead.

Meanwhile, a great Chromebook that comes with a free keyboard is about $330 at the high end and the new Chromebook tablet is $329 with the stylus.

Yes, the new iPad is much cheaper than existing ones, but I don't know if that's really the issue so much as Apple being left behind by cloud-first companies like Google that can outmaneuver Apple's tools.

As schools look to move toward bring-your-own-device programs and offload the cost of computers to parents, like many already have in New Zealand, the price discussion and ease of management becomes an important topic.

Apple's improvements to iCloud, like 200GB of free storage for students, an update to its productivity apps and classroom management apps are a start. Schools that are all-in on iPad will love these improvements, but I'm unsure if they'll tempt anyone new.

I am not a teacher, but do feel qualified to discuss this because I worked managing the infrastructure of a large school in New Zealand many years ago, at the dawn of Chromebooks when we were still using shudder Windows domains.

We looked at the market and Chromebooks seemed like the best low-cost, low-touch solution out there, and it seems teachers have agreed. Because Chromebooks throw in all the annoying server bits and device management for free, they're a killer deal.

What will be telling is if these iPad updates are enough to revive interest in iPads for schools, particularly those a few years into their Chromebook journey, and ease the frustration of managing them.

Computers in schools aren't going away anytime soon, but it does lead me to wonder if a tablet-only device eventually could be the preferred choice for the next generation if Apple could convince them that a physical keyboard isn't needed.

Zuckerberg is expected to face Congress himself
An abrupt turn of events has lead Zuckerberg to plan to speak directly to Congress. Usually, he sends only his executives, but this is damage control that can't be done by someone else anymore.

Google acquires GIF platform Tenor
Wow this is big. Tenor is the largest competitor to Giphy, and Google just acquired it. The land-grab for GIFs continues, but I believe this is a smart play for understanding how people message each other better. More soon.