An detailed report yesterday gave some insight into Apple's iPhone X production woes, which seem to be worse than initially thought. Pre-orders start on Friday, but it's expected the company will have so few handsets until early next year that it'll be difficult to come by one without a long wait.

We've discussed the difficulty of sourcing OLED panels here, which has caused delays for the iPhone X as well, but it appears Apple has another problem: the sensor array on the front of the phone is incredibly delicate and difficult to produce reliably.

So much so that the report says Apple has compromised the quality of Face ID and the front-facing "TrueDepth" sensor to allow its manufacturers to meet demand.

The company denies this, like anyone would, but suppliers struggled to produce sensors reliably: just 20 percent of them were usable until the rules were relaxed. It makes sense: the dot projector in the camera array is new technology and even a hair off center means it will not operate properly.

It's difficult with any new technology to get to market, but with reports emerging that Apple is struggling to reign in its supply chain times may be changing. The choice of OLED displays means the company is at Samsung's mercy for the foreseeable future, a bottleneck which will not go away anytime soon.

This isn't just a problem for Apple: OLED production is expensive, difficult, has low yields and both Samsung and LG are struggling to get new factories online despite enormous investments from both Apple and Google.

With all this in mind, why choose OLED in the first place? It's a risky bet, but OLED displays are vastly superior (when they work) than traditional LCDs because they produce more vibrant colors, darker blacks and use less power.

Why any of this matters: If you're hoping to get an iPhone X before Christmas you're probably shit out of luck. If you're willing to wait in line or happen to live near key Apple Stores you might luck out, but these devices are likely to be rare.

The impact: There are many potential outcomes if delays continue unabated, two of which I consider most likely:

1) People give up and buy the iPhone 8, which is what Apple wants and most people will do out of frustration, particularly those with a 6 or 6s who have waited for this.

2) People go try Android instead, given they suddenly have the opportunity... which has analysts spooked right now. 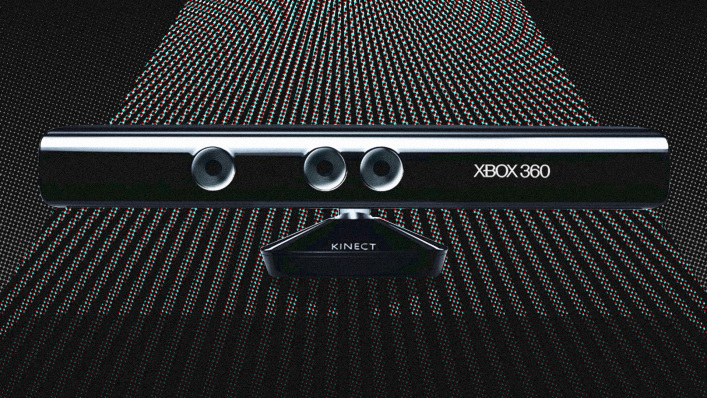 Microsoft has officially killed its motion sensor, the Kinect, after sales dried up, consumers moved on and the technology became miniaturized for other purposes.

Kinect never really took off, but I remember how futuristic the technology was at the time. The first time I tried one I couldn't believe it was able to let us play games without controllers, just moving to get the screen to react — like magic.

Unfortunately, in true Microsoft style, it didn't really do anything with it. Outside of the 'Just Dance' games I don't remember anything impactful being released, and despite Microsoft's efforts developers didn't seem interested too.

Interestingly, similar technology to Kinect (but miniaturized) is essentially what's driving Apple's TrueDepth camera array. Microsoft is great at defining categories long before someone else figures out how to make people desire it, which is a bummer.

Why it matters: Microsoft is positioning the Xbox as a true gaming console again after a bungled attempt with the Xbox One to make it about TV and family games which saw it requiring an expensive Kinect for no good reason.

Slack reboots screen sharing to be more useful
In pursuit of replacing Google Docs, Slack overhauled its screen sharing feature this week with a major new feature that lets you collaborate on a big canvas inside the tool in real time. This is how I imagine Google's Docs tools would work by now but they appear to have been neglected.

Apple bets $1 billion on Hollywood
Everyone wants a piece of the movies, and Apple is no exception. $1 billion is a drop in the bucket for Apple, particularly when it has $200 billion on hand and Netflix is spending more than $8 billion on movies next year. It's a safe, boring step into the industry.

Welcoming our new robot overlords
Interesting long read about the future of robotics and how they're gradually changing the way we live as humans.