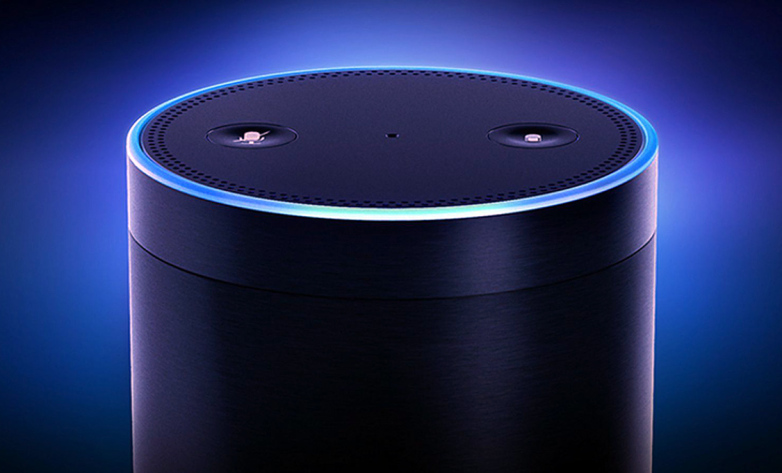 Everyone's favorite thing to bring up when I say that I've wholeheartedly embraced Google Home across our living spaces is 'ah, but doesn't it listen to you all the time?' Now we've got fuel for the fire and conspiracy theories.

A woman in Portland, Oregon, installed Amazon Echo devices across her home but was surprised to find out that it had recorded a private conversation with her husband, and sent it to a random contact in her address book. The couple only found out when the person called them to ask about it.

Do these voice assistants listen all the time? Or do they only listen once you say the magic words? Like with all things, the answer ends up being a resounding 'sort of.'

Let's start by saying this: it is in these companies' best interests to not record you all the time. Voice assistants are here to stay, and if they were doing this in the background silently it would come out eventually.

As you likely know, Google Home, Alexa and every other modern voice assistant use ''hotwords" like 'OK Google' and 'Alexa' which work in tandem with dedicated hardware to protect privacy.

Essentially, the device has a low-power, low-storage dedicated chipset with a single task: hearing the hotword. This chipset is good at that one thing and has no space, nor connection to the internet to do processing; it's all local.

When it hears the hotword, it wakes up the core ARM chipset which connects to the internet as fast as it can, and streams up a post-processed version of what it's hearing with background noise filtered out for bandwidth purposes.

The moment that this part happens is when the lights on top of your device are on, and the 'recording' part is happening where it's attempting to interpret the command. Those lights are wired, on every device, to light up any time the microphone is 'hot,' meaning it's impossible to "secretly" record you without setting them off.

If you'd like to do a quick exercise to understand these things, disconnect your own voice assistant from the internet, then say the wake word. You'll notice that the device often doesn't actually realize you're disconnected until after you've said the wake word, when it wakes up the ARM chipset and realizes the WiFi is gone.

The only time anything is saved to your device is the few seconds between saying the wake word and getting a connection to the backend, which are buffered and dumped as soon as a connection is established.

All of this is to say: hot words and voice assistants require dedicated hardware to provide both a privacy-first and reasonable experience. It's not in their manufacturers' interests to listen all the time, and they wouldn't bother building this complicated flow just to creep on you at home anyway.

In the case of Alexa, and many other stories of voice assistants being creepy, you're seeing the limitations of the technology in action. Alexa, HomePod and Google Home are prone to being set off by accident in loud rooms, or when they hear something similar to their wakewords — it still needs improvement.

The story in Portland is a case of exactly this, according to Amazon. Alexa heard what it thought was its own name, misunderstood a conversation it overheard in the distance, then sent out a recording assuming that's what the user wanted.

It's a crazy series of events that seems creepy, but the reality is the technology is just kinda crappy right now; we're at the ground floor here and this hot word stuff still needs work to solve the 'cocktail party' problem, where computers are just not good at understanding a lot of noise at once.

It's impressive how far we've come in a few years, but trust is one of the biggest issues the industry faces as people put these in their home. In my opinion, they need to do a better job of explaining the nuances here: listening in on you is not in their interests, and they've over engineered these devices to only listen when asked.

What's interesting to me is that we've been living with hundreds of microphones in proximity to us for years, and voice assistants are the creepy ones. Your phone, laptop, webcam and probably even TV has a microphone that definitely doesn't have a light soldered to it — what makes a speaker with one in it more scary?

In essence, it's because it's confronting: you're actually barking commands to it, and that's the primary interface. It isn't abstracted away through hardware, it's right there. If you don't understand the way it works — and nobody will care about the details — it seems scarier than it actually is.

Essential burnt $100M on its first phone, looks for a buyer
The 'father of Android' is done; Essential's futuristic phone was a beautiful attempt at building something different in an industry of square phones, but now it's up for sale, after a disappointing first year.

I mean, what did anyone expect? It takes years to spin up consumer interest, trust and a brand. Essential's getting out of the game before it's even started, and cancelled a second phone while looking for a buyer. It's a bit of a bummer, mostly because they were one of the few challenger startups doing something a little bit insane.

Uber's self-driving car accident: the report
The car failed to identify the pedestrian or brake until it was too late, and a woman died, but 'emergency braking' was disabled leading investigators to question the company further.

T-mobile US accidentally made customer information available to anyone