BuzzFeed is huge, but it's not enough 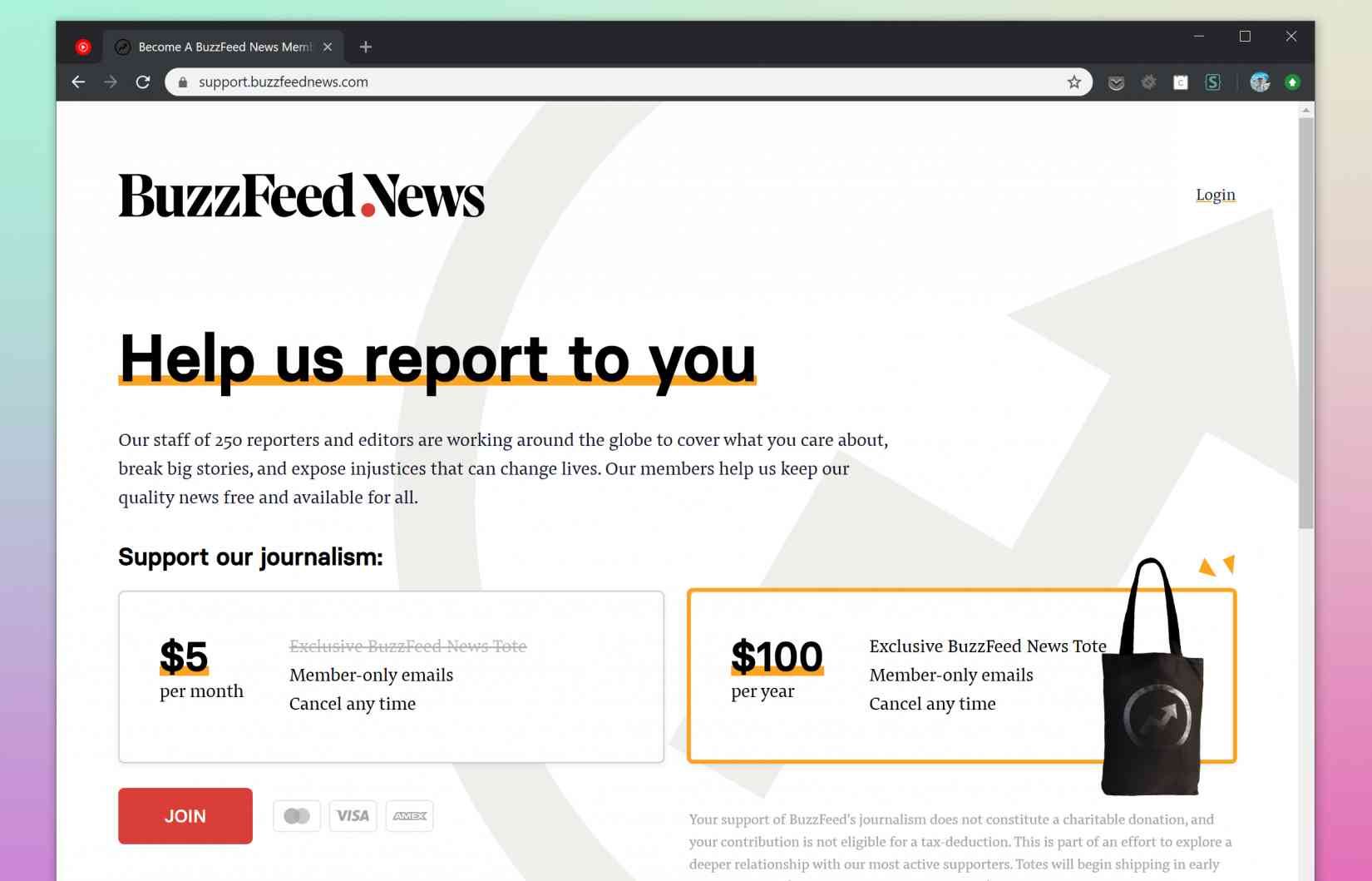 I can't say I'm particularly surprised by this, but as it turns out, BuzzFeed has struggled to live up to the insane investor valuations it set for itself, and begun missing targets in 2017.

Just last year the company was valued at $1.7 billion, but in a totally could-have-seen-it-coming turn of events, the company had to lay off 100 employees and cancel an IPO at the end of last year. as the game changed. The cause? Well, the bottom fell out of social media and native advertising.

In a new turn of events BuzzFeed's CEO, Jonah Peretti, went to The New York Times to suggest a different approach: force Facebook, Twitter and others to be held to account by merging with the big new media groups. Yes, Peretti wants Vice, Vox, Refinery and others, all under the same roof.

To be clear, this is not a thing that's currently happening, but a story the CEO is now spinning: he wants to join forces together with other media companies to come together and force the hand of the platforms these big organizations so blindly trusted. Ironically, he's open to this now after years of touting how much better modern outlets like BuzzFeed are.

Anyway, the idea sure sounds like a union, of some description (which Peretti vehemently denied his own staff), or perhaps even a monopoly on media:

If BuzzFeed and five of the other biggest companies were combined into a bigger digital media company, you would probably be able to get paid more money,” he said.

I'm just not so sure that this needs to exist, or is the solution. To me, the problem here isn't that the media isn't big enough, it's that it's huge and making it work at the lower-end is a more difficult problem. I think many readers, around the world, are tired of generic big-box content, designed to fit everyone and stretch the globe, but what Peretti insinuates is we want more of it.

As Digiday put it, mergers don't even work that well, usually slowing companies down while they figure out how to work together, emerging sometimes years later. Digiday calls the state of digital publishing today as "showing up to a gun fight with a butter knife" as these enormous organizations deal with their inflated valuations.

What I think the media world actually needs is sustainable revenue models that aren't predicated on fully relying on exploitative advertising like banner ads, or just plain tricking people into clicking on things with 'native' journalism. Perhaps asking people for money? Or trying something else?

Well, BuzzFeed's on that too: now you can pay for their exclusive newsletters for $5 per month, direct from the folks behind the BuzzFeed News department, which is actually pretty good. Hey, that might just work (but I suspect not well enough to call it $1.7 billion worth of company).

Tim Cook gets called out for taking cash from Google​

As Apple discovered in the last years that loud posturing about privacy would make them money, the spicy takes from Tim Cook keep on rolling in about how it's a human right, frequently jabbing companies like Google and Facebook for their ad-funded business models.

People, however, have pointed out that Cook is more than happy to take multiple billions from Google every year in exchange for the top spot on your iPhone: the default search engine. Axios asked him why he's willing to tout privacy, then take that cash in another breath:

One, I think their search engine is the best. ... But, two, look at what we've done with the controls we've built in. We have private web browsing. We have an intelligent tracker prevention. What we've tried to do is come up with ways to help our users through their course of the day. It's not a perfect thing. I'd be the very first person to say that. But it goes a long way to helping.

That's a decent response, and I'd argue Apple would do its own customers a disservice by setting a lesser-functional search engine as the default option.

I will, however, point out that the privacy focus Cook is pushing has only come about as the company saw the profit potential for it, which seemed to arrive as time went on, and the company is only willing to extend the olive branch as far as the strategies in which it's able to exploit for profit.

If privacy really were a human right, and Apple so strongly believed in encryption as a key part of that, iMessage would be a cross-platform product that offered it to Android users too, for example, or perhaps it wouldn't be dropping its iCloud encryption keys into Chinese-hosted services for users there.

Apple does the best privacy work in the industry today, but that's because it's following the money. Demonizing other business models makes them seem evil or terrible, but as it turns out, this is the internet economy we all live in... even Apple.

Tumblr has been missing from the App Store for days
Nobody will say why, but it's reportedly because of Apple's continued prudish anti-nudity policies, which Tumblr is rife with.

Skype is on Alexa now
Look, I don't know if it's just me, but I use "Skype" as a verb for "let's video call on something that isn't Skype." But hey, I guess people still use it!