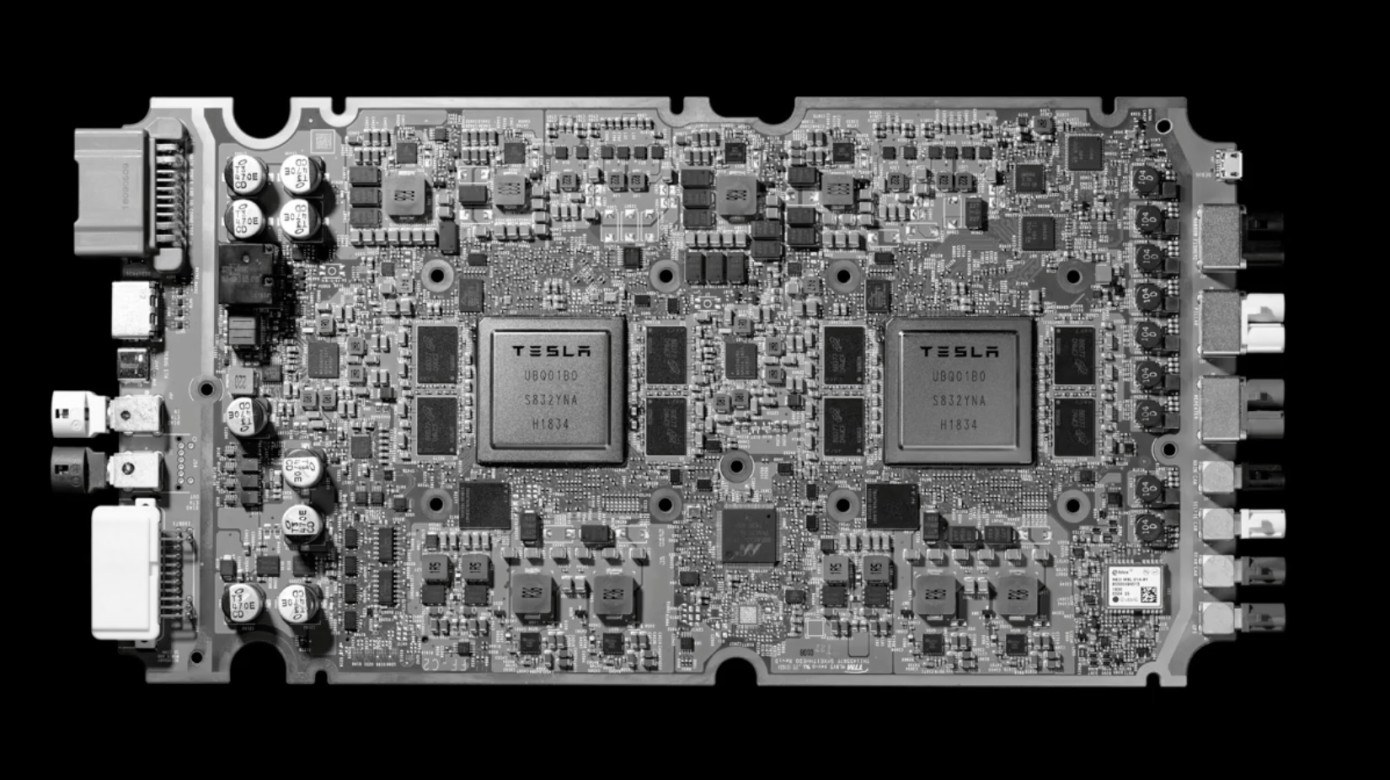 At what Tesla called its 'autonomy day,' the company's CEO, Elon Musk, dramatically unveiled the state of the company's ambitions for self-driving cars—and what that means for the fleet of Teslas already out in the world.

Tesla has long claimed that its cars already being produced will eventually be able to be updated with 'full self-driving' features in the future, despite lacking industry standard hardware like LIDAR, which dramatically increases what the car is able to 'see.'

It continued this claim with the debut of a new Tesla-designed chip for the AI smarts required behind the scenes. What Tesla actually means is that its advanced driver assistance system, dubbed 'Autopilot' will function even better—but that's simply a souped up version of cruise control that can change lanes, navigate highway ramps and so on.

This effectively translates to 'level 2' autonomy in the self-driving world, which defines systems that can brake/accelerate, control lanes and adapt speed dynamically. These are incredible advances that dramatically increase safety on the road, but not full autonomy, even if Musk wants them to appear that way.

The truth of what those features can do have consistently been stretched beyond reality by Tesla and Elon Musk, which has had to repeatedly dial back their own hyperbole as regulators and lawsuits have pushed back against the company 'confusing' consumers about the realities—which could cause real-world accidents.

Tesla, leaning into this reality distortion again, reiterating similar audacious claims—that the technology will improve all the way to full level 5 self-driving capabilities in existing cars, and that those improvements will allow the launch its own self-driving taxi service as soon as 2020. As Steven Shladover, a retired UC Berkeley engineer said to Axios ahead of the announcement: "It's all hype ... The technology does not exist to do what he is claiming."

To be fair, Tesla's self-designed chip is a leap forward for the company's ambitions. Unfortunately, we don't actually know much about it—Tesla owners will need to purchase the chip to endow their car with enhanced self-driving features, but the cost of doing so and actual improvements remain unclear.

There are many interesting details about the problems the chip tries to solve—specifically redundancy and ensuring security—and by taking this in-house, the company is able to iterate faster on its technology, reduce cost overheads, and ensure deep integration with its own platforms.

Tesla says performance of its own chip is dramatically ahead of the competition, but Nvidia, which provided the 'DRIVE' platform for previous-generation cars has already said that performance comparisons are "inaccurate" and unfair because Tesla compared its own chips to the lower-end competition.

That last note is exactly the problem with all of this: it's difficult to know what's factual and what is extreme hyperbole with Tesla and Elon Musk. Sometimes Musk is able to force the things he's fabricated into reality through sheer luck—other times he's forced to dial it back and quietly admit failure.

But, self-driving cars aren't a billionaire's play-toy or a space where these types of fairytales can be accepted: putting cars on the road, advertised to consumers as 'self-driving' and hiding the realities of those features, is reckless and dangerous.

Musk touted features such as setting the "aggression mode" of a car that would allow a higher "chance of a fender bender"—but what happens when a person is killed because some Tesla driver felt like putting their car in aggressive mode today?

And that's my problem with Tesla as it is today—all of its technology is impressive, and the work it's doing is no doubt boundary-pushing, but the hyperbolic, repeatedly slightly-untrue claims water down the company's legitimacy. Flouting regulation, safety and even reality to get to its goals seems to get its fans excited—but when will the other shoe, and reality, drop?

Apple publicly said Qualcomm was junk, but privately admitted it was 'the best'
The documents may implicate Apple in 'bad faith' despite having settled, showing that it planned to undermine Qualcomm.

Samsung delays launch of foldable phone after review units break
It initially said it wouldn't delay the launch, but has now pushed it out to some vague future date, and is going as far as retrieving all of the samples it's put in the market to fix them.

Facebook's new general counsel helped build the US' controversial Patriot Act
The company is gearing up for inbound regulation, and who better to help it write these rules in their favor than a known lobbyist and successful lawmaker?

Amazon is out in China, shutting down services from July