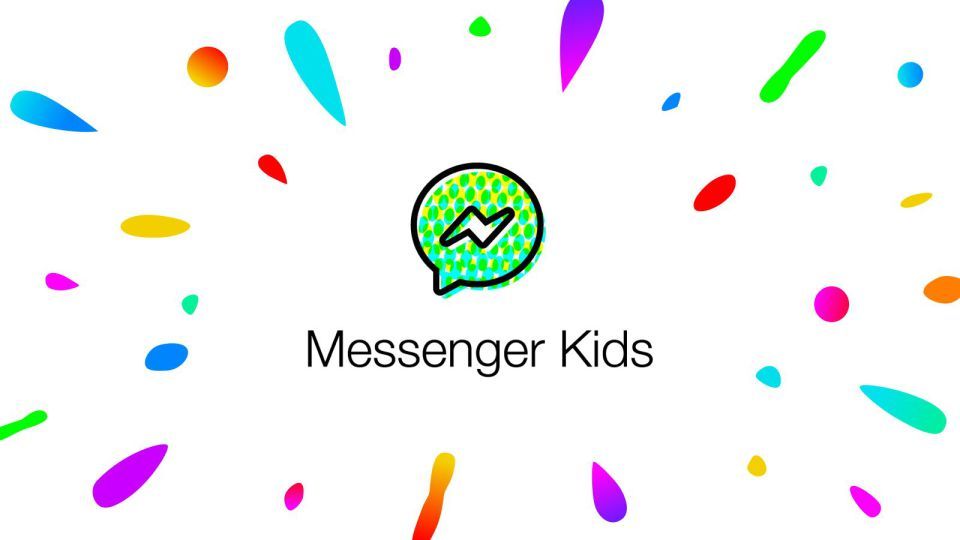 Facebook announced a new version of Messenger yesterday geared toward getting children hooked on the platform, marking the first time it's formally offered any product to children under the age of 13 (they're still not allowed to use the core Facebook website).

Messenger for Kids appears to be thoughtfully designed: kids are able to message pre-approved friends, jump on video calls, play games and use silly AR masks. It integrates with the parent's Facebook profile to allow them control over who the child is communicating with (but not allowing direct snooping), and doesn't contain advertising.

Current laws in the US prohibit companies like Facebook from collecting too much data on children or explicitly advertising to them, but building these kinds of tools will still teach the company a lot about development and how growing children interact online that it wouldn't have had any insight into before.

This is both an interesting play and move from a company that's currently being investigated for Russian interference with the election and I can't say that means that the sentiment toward the product hasn't been affected. For me, the idea of exposing kids willingly to the social media bug at extremely young ages makes me uncomfortable and it appears that many others feel the same based on some of the Twitter reactions I saw:

"My daughter is 5. I don't want her to have this, and I don't want her friends to badger her into getting it. This is expanding the Network Effect of Facebook (& all its concomitant pitfalls) into childhood. It's gross." - @brchastain

There's a couple of takeaways here that are important to consider.

First, kids are going to be online no matter what you do, from an early age, but until extremely recently we weren't engineering a closed side of the internet for them. With the rise of YouTube Kids, Messenger for Kids and other future platforms these companies are laying the groundwork to get eyeballs early for their platforms.

What's interesting about these walled gardens is that when I was growing up, we got the internet in the mid-1990s and had unfettered access to everything.

There was no 'kid friendly' internet or parental controls, it was just unfettered access to everything and my parents needed to explicitly interact with me to understand what I was doing online. I'm not a parent yet, but I'm also unsure how I feel about parents getting such direct control over kids' online activities.

Part of why I became interested in computers at all was the freedom I got, and I don't think it would've turned out the same if I knew my parents were spying on my every move. What is particularly interesting, however, is that until recently most tools weren't geared toward parents at all because COPPA made it hard work for companies, and maybe this is what's needed to help make the internet seem less terrifying to adults in the first place.

The New York Times spoke with parents across the US to see how they felt, and it's worth reading, but this quote stood out to me in particular:

“Today, much of the time our options come down to giving kids devices and trusting things will work out, watching them closely at all times, or banning technology,” said Mr. Thompson, 38, a father of three children between 6 months to 8 years old. “Tech is going to be something kids adopt. The question is how this will happen.”

Growing up online and stumbling into parts of the web I perhaps shouldn't have was a part of all of the experience. If we pad the internet, or teach kids to live inside Facebook or Google-colored walled gardens, will they just stay there and assume that is the entire internet? It's an interesting question that we don't know the answer to yet, but I suspect that's the ultimate goal. If you're after active users, that's a smart move for your bottom line, but sure will seem creepy.

It's key to understand that Facebook is not the only one doing this and I don't think it's as nefarious as some people are assuming. This product is extremely well considered in its approach and controls compared with previous attempts, particularly because it still requires the parent to actively engage with the child. Google is also actively investing in reaching kids early -- with its wildly popular Chromebooks in Schools program, which happens to be a great way to introduce kids to everything Google-flavored.

As some have pointed out, companies have a long and colorful history of trying to make specific spin offs for both 'olds' and kids, which almost never work out: turns out, both sides want the full experience and end up just downloading the core app anyway.

It's not Google's first attempt at bringing Android to the rest of the world, but a new flavor of the mobile OS called "Android Go" shipped today, and targeted toward emerging markets.

Unveiled at an event in India today, the OS focuses on the challenges of these emerging markets: lower-priced phones with limited data plans. This new version of Android is thoughtfully rejigged from the core builds (it apparently keeps pace with mainline Android releases) and comes with a number of rebuilt apps for these markets, as well as optimizing for phones with low memory compared to the rest of the world (512MB to 1GB).

To be clear, this is something distinctly different from Android One, an attempt to raise the quality of low-end devices in these markets. Android Go is targeted at the lowest-end phones possible, where Android One appears to be a sort of Pixel-style play where Google works closely with manufacturers. The approach is also different, particularly with those rebuilt apps that aren't bundled with any other device yet.

Google Go, for example, is a stripped-back version of the search app that suggests types of searches that can be done, transcodes webpages to reduce data and bilingual searches. Another, YouTube Go, is also lightweight and only streams in both "basic" and "standard" quality, allowing only searches for videos and recommendations but no subscriptions. There are a lot more of these apps, but it's interesting to see how prominent these new features are throughout the OS.

Perhaps the most interesting change is a special version of Google Assistant that speaks both Hindi and English, targeted at first-time internet users and specific services for Indian internet users. This is a big improvement, given the company hadn't focused on these markets with specific needs previously, rather just sledgehammering the OS into something that sortof fit.

Google has always been interested in India, but according to The New York Times these efforts only began in earnest when Sundar Pichai, Google's new CEO who was born in India, was promoted. It's a smart move, given India has a population of over 1.3 billion and surveys suggest only 10-20% of them have come online so far -- that's a big market, particularly as the rest of the world is becoming smartphone saturated.

Apple and Ireland strike deal on allegedly owed taxes
Europe wants Apple to pay billions in tax it didn't collect, Apple doesn't think it's liable for it. Regardless, it has to pay $13 billion before the EU will close its court case and while Ireland disagrees with the case, Apple still needs to pay up -- starting in 2018.

The booming server market in the wake of Intel's Skylake
An interesting read on an oft-forgotten market that's crucial to Intel: servers. The market had begun to bottom out because of Intel's changes to its release cycle, switching from major revisions every other year to every three years. This is an interesting piece breaking down how Intel's profits are shifting from the small-time server buyer to the high-end cloud builders and they're on the up again.