Dancing with the (social media) demon

If you're a major publisher and you're reading this, it might get a little uncomfortable. Facebook is testing a change that would pull all posts that aren't from your friends or paid for, into a new feed. Yes, that's right: the News Feed might end up being about your friends again.

After spending the better part of five years convincing publishers that Facebook is the place to be, the company has them hooked. Many news publications see the majority of their traffic (over 50% of it, at least) come from Facebook for almost every post — mostly as a result of optimizing for the company's algorithm quirks to get the most exposure.

Now that they're hooked and news is everywhere on Facebook it's also become pretty frustrating for the company to have to deal with questions like 'are you a media company' and 'maybe you should be checking if news is true before letting it go viral' that it never faced before.

The crux of the issue, however, is that Facebook was never particularly interested in publishers anyway. All of their efforts from Instant Articles (surprisingly not dead) to how heavily the company weighted live video at its launch and that bizarro paywall it's building have been in pursuit of dragging you back onto Facebook.

Embracing publishers was a convenient way to get even more eyeballs on the service, get people sharing again as organic personal sharing diminished and ultimately defend against (what was at the time) the threat from Twitter, like Can Duruk points out:

My understanding is that Facebook started promoting news sources and publishers more or less as a defense mechanism against Twitter. It might be ancient history now, but there was a time where the fates of these companies weren’t as far apart as they are now. Facebook noticed that Twitter was getting an undue amount of attention from the media folks, with newscasters and individual journalists signing up on in droves and moving the conversation there. Facebook wasn’t a fan, [so] decided to flex its muscles a bit.

As the fake news problem spirals out of control, I imagine much debate has happened within the company's walls about what purpose the Newsfeed actually serves (hint: not the news). As the Explore feed trial demonstrates, the company is looking to get back to its roots where you use it to broadcast, not just consume.

Over recent months I've noticed Facebook double down on prompts to share thoughts on everything from social causes to the changing seasons, likely explained by a huge downtick in individual sharing.

Using that (and this) as a signal, I seriously expect Facebook to banish almost all pages to the separate Explore feed within a matter of months which is likely to decimate the publishing industry if it's not the default option. In the testing across just six countries it's slashed engagement by more than two thirds.

It'll trot out the line that it's "what users want" and the industry will scream 'traitor' but herein lies the issue of committing to a platform: they can change their mind at any point and kill your entire business.

Zynga was the first to die at the hands of the algorithm, and ironically, the entire industry was creepily self-aware of the risks but went along with it anyway.

Facebook giveth and taketh away. There's nothing anyone can do about it (and of course, Facebook denies this). 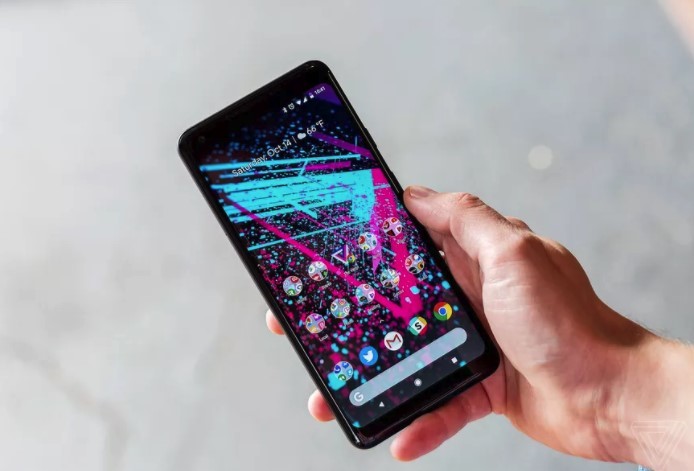 Google's new flagship phones have been celebrated as something of a triumph for the company, but trouble's brewing: the larger of the phones, Pixel 2 XL, seems to be suffering from all sorts of screen problems.

OLED displays are notoriously hard to manufacture and production lines are massively constrained as almost every company releases a flagship with the technology this year. There are only two companies that can even construct them: LG and Samsung (LG owns almost all of the large OLED market, and Samsung over 90% of the mobile one).

In these devices you'll find LG's brand-new pOLED (plastic-OLED) display, designed to compete with Samsung's AMOLED. Unfortunately, it appears to be plagued by teething issues from screen burn in to color reproduction problems, despite the technology being superior both in practice and on paper.

Pixel XL 2 appears to be affected by these issues but it's unclear how widespread they are. Twitter is awash with people complaining of blue hues and burn-in, as is Reddit. Not a great way to launch a flagship phone like this, but it's also hard to measure if this is a real problem or simply the echo chamber.

Google has basically said it's investigating issues, but nothing more, which is a... less than strong response for a flagship phone that's, y'know, $800. I'd ordered one in anticipation of switching to Android, but have put it on ice until the problems shake out – it's entirely possible these are just teething issues.

Snapchat is stuck with hundreds of thousands of unsold Spectacles
Snap, not so much a camera company, it turns out. The company apparently wildly over-anticipated demand for its first hardware product, Spectacles, and is now stuck with a shitload of them.

Kaspersky offers up source code
Get this: Kaspersky was busted stealing government files so it's offered up the antivirus engine's source code for inspection. Unfortunately, that won't help much, since the magic lies in the company's data lake which retains many millions of files and would tell much more about what it gained access to.

The world runs on GPS and it's vulnerable to hacking
Honestly surprised we haven't seen a widespread GPS disruption yet, like in Mr. Robot.