If you see an advertisement on Facebook, you probably know it's marketing but you also probably expect it to be factual. The company has heavily pushed that fake news is not your friend, and actually outright bans misinformation in advertising—unless you're a politician.

Facebook changed the rules of advertising on its platform last week to quietly allow politicians to say, well, anything about their rivals if they're paying money for it, allowing them to circumvent the newsfeed's fact checker's provided they've got the cash. And, of course, that's exactly what's going on.

A video from the 2020 Trump presidential campaign attacks his rival, Joe Biden, saying that "Joe Biden promised Ukraine $1 billion dollars if they fired the prosecutor investigating his son's company." Now, this, of course, is not true—and is the center of an investigation into impeaching the president right now.

But, despite Biden's own campaign requesting the video be taken down for containing misinformation, Facebook insists the video doesn't violate any policies, saying that "false statements and misleading content in ads" is an "important part of the conversation."

The crazy thing about this is that CNN had also been requested to run the ad, but it rejected the money because it had content that was "proven demonstrably false" by news outlets.

Facebook has made a big song and dance about election integrity over the last year, and trotted out the marketing for its election war room (a concept which is fabricated for marketing purposes, repeatedly). But, that election integrity team is presumably told to avoid looking at advertising, given it's the business model.

Yael Eisenstat, former head of Elections Integrity operations at Facebook confirmed as much on Twitter, saying that she "asked if we could scan ads for misinfo" and that "engineers had great ideas" but the "higher ups were silent." She left the company, but this voice in the mix is damning evidence of what's really going on here.

This seems fairly simple: Facebook doesn't want to be the moral arbitrator of what's true or not in political ads, but only when there's money involved. In other words, because it's bottom line benefits here, it's willing to enable the spread of fake news—because money talks. 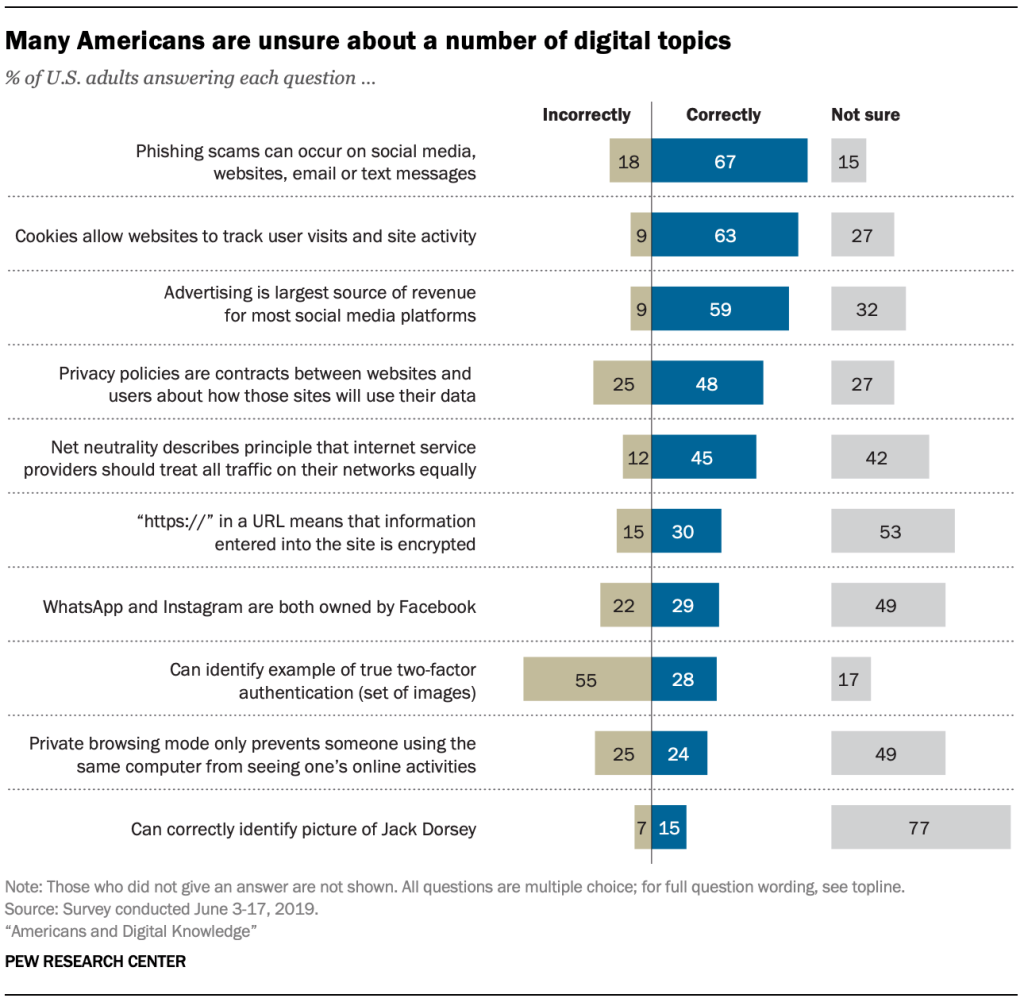 TL;DR? 67% of them understand the concept of phishing scams, but just 29% understand that WhatsApp and Instagram are both owned by Facebook. My favorite stat, however, is that just 15% can identify Jack Dorsey, CEO of Twitter, which feels like an unnecessarily specific sick burn.

GitHub renews its contract with ICE, even though it disagrees with policies
ICE is the agency that enforces immigration policy and is infamous for seperating children from their parents under the current administration—which has seen a number of tech companies protest that work by pulling their license to use software.  GitHub, under Microsoft, is allowing them to use it and taking the cash, by arguing that they are fighting it in court, and GitHub employees aren't having it.

OECD countries are proposing to tax tech giants, crack down on tax havens
I'll share more about this as I better understand it, but this is a huge change in policy that aims to stop companies like Apple and Google from spreading themselves around the world for tax reasons. Under the proposals, countries would be allowed to levy tax on income from the territories they sell to—which just makes plain sense.

Hell hath frozen over, Apple is selling the Xbox Controller on its store
It makes sense, given that Apple now supports game controllers natively in iOS, tvOS and iPadOS (which are all the same OS, technically, and feel tedious to write out). But, rewind a few years and it would have been hard to imagine this happening.

Zuckerberg is going to testify, finally, about Facebook's planned cryptocurrency

Good read: Meet the rich kids who just want to give away all of their money