Apple is shipping the HomePod February 9 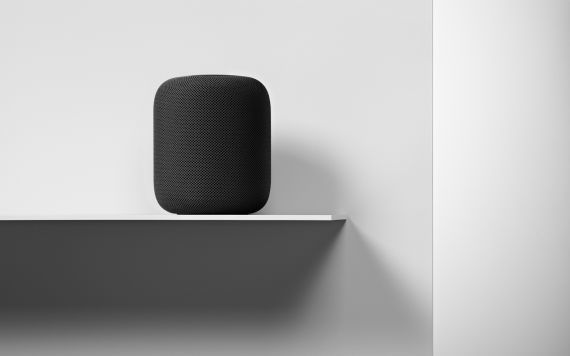 Apple's long-delayed HomePod has finally received a date: February 9, provided you live in the US, UK or Australia.

In what seems to be more of a general shrug, than an actual announcement, HomePod is in fewer markets than I can remember Apple debuting any product in, and ships with fewer features than promised.

As a reminder, HomePod is Apple's $349 (~€280) smart speaker and was a rare hardware unveil at the annual WWDC conference last June. It's not even a year ago, but a lot has happened in the space since then — including Amazon's nigh domination of the US market.

HomePod, even when it was unveiled, was something of a head-scratcher for me. It's a $349 speaker, with Siri inside: I'll grant you that Apple's obsession with quality means it'll sound nice, but at this price point there's a problem.

Here's the rub: Apple has successfully made a beautiful speaker that's significantly worse in every way on paper than anything in the market, including the price:

And these are just the high-end devices. Amazon has a $49 Echo Dot, which can work with almost any speaker and Google has the $39 Mini, which can do the same when paired with a Chromecast.

When you compare basically any competing 'smart' speaker with HomePod, it gets weird: it's a smart home device designed to be used by a solo user, is only compatible with Apple Music, and ships without multi-room support.

The wording in Apple's release, as we've discussed in the community, lends itself only to music — making Siri feel glued on, not a feature part of the device.

That solo use-case is the most confusing to me, as someone who has invested in Google Home as an experiment. The home is almost always a social space, with more and more people sharing homes around the world — so making a smart speaker that locks out those multi-person use-cases seems short-sighted.

The multi-user scenario is what made Google Home, at least for myself, so compelling: it recognizes the difference between people's voice patterns, and pulls up their preferences instead of whoever owns the device. For example, if my partner asks for music, it knows to pull from her Spotify.

All of this is a very Apple move, and while unsurprising, it looks pretty stubborn from where I sit. Apple's notorious for showing up to categories late, but this time around it appears from the outside that even Apple has no idea what it even wants this thing to be — and that it's rushed it out the door without its core feature set.

Confusing marketing aside, why this device was announced last June and is shipping now remains unexplained: it hasn't changed in a material way since that first demo, and key features are now delayed pending vague "later in 2018" updates.

Even if you don't care about the smart speaker space, it is interesting: smart speakers are poised to be a fantastic attack surface for competing with search engines, and de-emphasizing brands entirely.

How do you compete if you're Fancy Socks LTD, but Amazon is the arbitrator of what gets surfaced and Cheap Socks LLC is paying more to be surfaced across the largest voice platform in the world? You don't, and Amazon becomes the ultimate fly-or-die platform.

Amazon is investing in this space so heavily because it's able to get Google out of the way to build a direct-to-consumer relationship all the time and Google, sensing this, has thrown on full-tilt Home assault mode because missing this boat might mean losing its grip on search.

Apple, as always, has a one card it's leveraging here to stand out: privacy. HomePod encrypts voice end-to-end for processing. For privacy, that's fantastic, and stands out. What remains to be seen, after years of banging on that drum, is if it's able to make Siri useful without mining that data.

HomePod, it seems, isn't even playing the game that anyone else is playing.

It's just a cute $349 speaker, made to sell to iPhone owners. Unfortunately for Apple, most of those iPhone owners have a home full of smart speakers from their competitors already (some reports say Echo is in 75% of American homes already).

I'm more than confident that Apple's biggest fans will blow such claims off, citing that the company has a magic ability to show up to existing markets and still make an impact. This time around, I'm not so sure if this is more than a hobby.

It can't be discounted, however, that shipping a coherent story appears to be difficult for New Apple™ even if it is essentially printing money at this point.

This has led to Bitcoin becoming less useful for payments, however. Transaction confirmation times have risen substantially; this, in turn, has led to an increase in the failure rate of transactions denominated in fiat currencies.

Facebook's 'trust' survey is just two questions
Yesterday we discussed how Facebook's plans to use survey feedback from the community to judge news organizations' legitimacy may backfire, and today we've got the survey, which seems... less than ideal as a way to sort through this complex issue.

Snapchat is escaping the walled garden
The ultimate defensive move: Snapchat has opened the doors and now allows its stories to be embedded anywhere on the web, including other social media sites. This is absolutely what you do when someone (cough, Instagram) showed up with tanks on your front lawn.

Twitter just lost its #2
Anthony Noto is one of the people who drove Twitter's reboot, and he's out. Yesterday, he left to run SoFi, a financial firm, and it's not great news for Twitter — Noto was heavily involved, was brought on as CFO, and ultimately was responsible for pushing the company forward over the last few years. Now what?