A fun thought experiment: if you're building a platform, and letting people submit any content to it, should you moderate it at some point? I'm going to go with the answer being definitely always yes but Steam believes the opposite.

Steam, in case you don't know, is the world's biggest game store and platform, particularly focused on PC with 1.5 million new gamers on a monthly basis, and built by Valve.

In a poorly formatted blog post today, Steam announced that its official content policy is ¯\_(ツ)_/¯  and that you can basically put anything on its service as long as it isn't trolling:

"So we ended up going back to one of the principles in the forefront of our minds when we started Steam, and more recently as we worked on Steam Direct to open up the Store to many more developers: Valve shouldn't be the ones deciding this. If you're a player, we shouldn't be choosing for you what content you can or can't buy. If you're a developer, we shouldn't be choosing what content you're allowed to create. Those choices should be yours to make. Our role should be to provide systems and tools to support your efforts to make these choices for yourself, and to help you do it in a way that makes you feel comfortable."

Sounds innocuous, but the reason this came up in the first place is user-generated content maybe shouldn't be widely distributed sometimes but Steam doesn't want to take that ownership.

Steam, for example, pulled a game that simulated school-shooting just a week ago and then grappled with how to decide what types of pornography are permissible on the service.

As a result, Steam is basically throwing its hands in the air and saying you do it and letting users hide content they don't like. The company will ban illegal content, and "trolling," whatever that means.

As PC gamer points out that the idea of a self-managing platform is bogus:

Frame it like this: 'Steam is not a racist platform, but it will host racist games, promote them, and take a cut from their sales.' How can Valve say that promoting and profiting from a game doesn't reflect its values? It's a value judgment to allow this to happen in the first place.

What's interesting is the company is repeating mistakes we've seen elsewhere in previous weeks. Facebook, for example, didn't want to actively be involved in whether or not a news piece was real for years, and now it is. Spotify, too, didn't want moderate music, but now it is.

The idea that internet platforms can manage themselves is fun, but forgets the realities of such things: people tend to not be that nice all of the time. In doing this, Steam hopes to absolve itself of responsibility, but we'll see if that stands when something truly untenable happens in the long run.

It's fun to see smart speakers show up in just normal products at this point rather than whole dedicated new widgets, and Sonos just unveiled a very interesting new product that does that: Beam.

For $399 you get a soundbar with killer audio (I've been trying one, it's wild), and it hooks up to your TV with a HDMI-ARC port. What's most interesting is that while Sonos added Alexa support along with Airplay 2, it's got the most refreshing attitude to building hardware: don't overdo it.

With Sonos' Beam product, it could have gone whole hog and built a TV box, or something that does every damn thing like casting to your TV, but Sonos is very clear about focusing on good audio, long-term compatibility and making it work with the things you use.

The Beam, Sonos hopes, should be relevant in at least ten years, rather than be this thing you have to keep replacing; essentially they want it to outlast your TV.

It's a ice glass of water in the desert, compared with other hardware that gets shelved just a year or two after you buy it, and the company says that it's got more than 90 percent of its hardware still in use; a claim many can't make.

Beam is out in July, for $399, around the world, and it's good. I'll share more about why you should buy Sonos, which is like the Switzerland of audio right now, in Discuss! 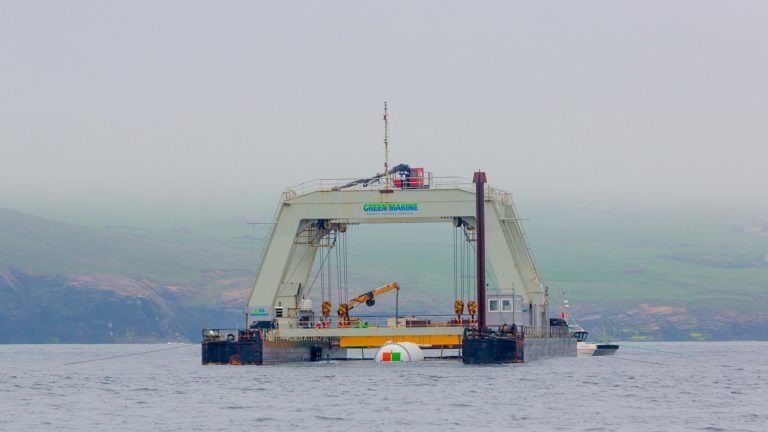 It reads like clickbait, but it's not: Microsoft is doing a scale test of if it's feasible to sink a datacenter into the ocean, and it just dumped the first one near Scotland. The idea: reduce the massive cooling overhead that comes with a datacenter.

Apple Maps is getting web embeds
It's frankly great to have a lil' competition for Google Maps.