Apple moves to kill the login 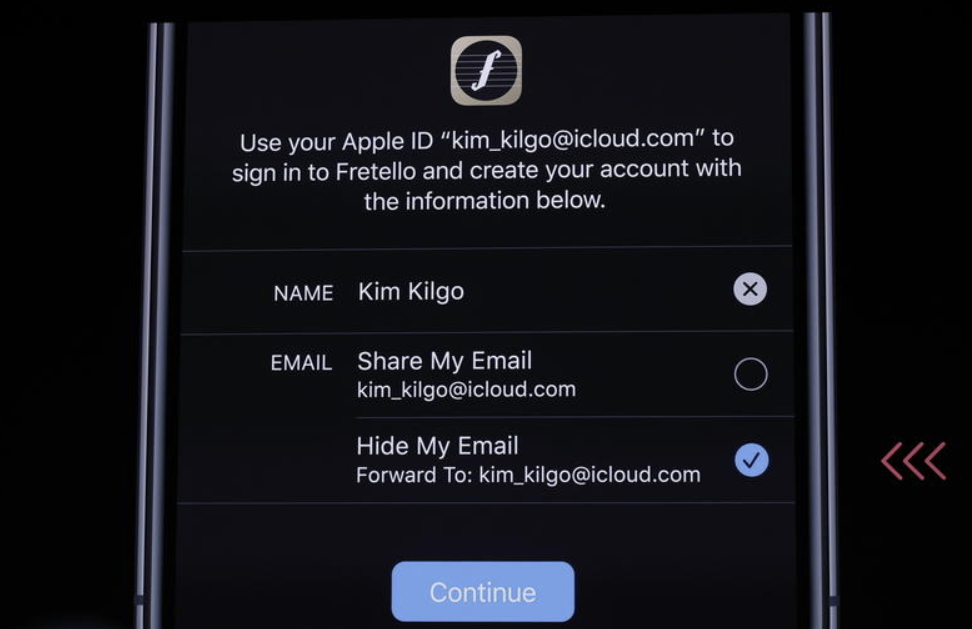 There's lots to digest from the iOS 13 unveil yesterday, but the most notable was an aggressive move to kill third-party logins from Facebook and Google with a system of Apple's own, based on privacy-first ideals.

Here's how it works: apps can offer a new 'Sign in with Apple' button. If a user signs up with it, Apple will hide their email address behind a randomized one, like fc54534534@privaterelay.appleid.com, and never reveal their actual identity to the app. The idea is that these third-party signin services like Facebook login are used to spy on users, so Apple can protect your identity by obscuring it, while still making it just as easy to create an account.

Behind the scenes, Apple forwards any emails to that randomized address to your actual account, and makes it seamless to log in to any app that supports it, if you use an iOS or macOS device. There is web-based support for 'any browser' but little information about how this works in practice, given that Apple Pay on the web is still restricted to Apple hardware.

The kicker in all of this is that Apple will require this if you use any third-party sign-in system. If you want your app to be on the app store, and you let users sign in with Google, Apple will now force you to support its own service. While I'm in favor of the incredible amount of privacy these tools give users, this feels like the wrong move, demonstrating an abuse of a monopoly position that investigators should look at closely.

My opinion is that this is good for consumers, but absolute insanity for any company to implement that isn't the scale of Apple. Not only does it reduce your ability to do any digital marketing whatsoever to your users, it completely kills any hope of reviving lost leads, contacting users directly, or even better understanding how people use your product.

Facebook's custom audiences, for example, which allow you to reach more users like your existing customers will essentially be dead in the water with this feature. Mailchimp's fancy new remarketing platform? Also useless. Analytics tools, which can help spot sticking points with certain demographics, will be neutered.

I've held digital marketing roles in the past, and this would terrify me: when you're trying to grow a company, the data is one of the few tools you have at your disposal, and this kills many facets of effective marketing practices. Apple is waging war on the digital marketing industry because it's got the privileged position of being able to do so, but most companies, for better or worse, need some customer data to effectively operate their businesses.

Apple knows this, and it knows that few businesses would adopt it once they realize this, which is why they're forcing it upon developers. Now, there's only one choice: roll your own custom login system, which doesn't require you to use Apple signin, or add others and be forced to use Apple's as well.

It's wild that Apple is willing to so brazenly force such a move, and impressive that it's willing to go so far for privacy. But, if the feature is so compelling, and users desire this level of privacy, it should make its sign-in service compete on its own merit as every other system has in the past. I love that the company is pushing back on Facebook and Google sign-in becoming standard, but something about a trillion-dollar company wielding its platform to force adoption sits so uncomfortably for me, and the reality is that even if it's being obscured, Apple just wants to be your identity provider instead.

Forcing it down the throat of developers and app makers is surely going to backfire, and given that the Department of Justice leaked a planned probe into monopoly practices during the company's keynote, I'd say that this move is incredibly tone deaf to the climate companies like Apple face, even if it's designed to help make the industry better.

The iPad is finally a computer 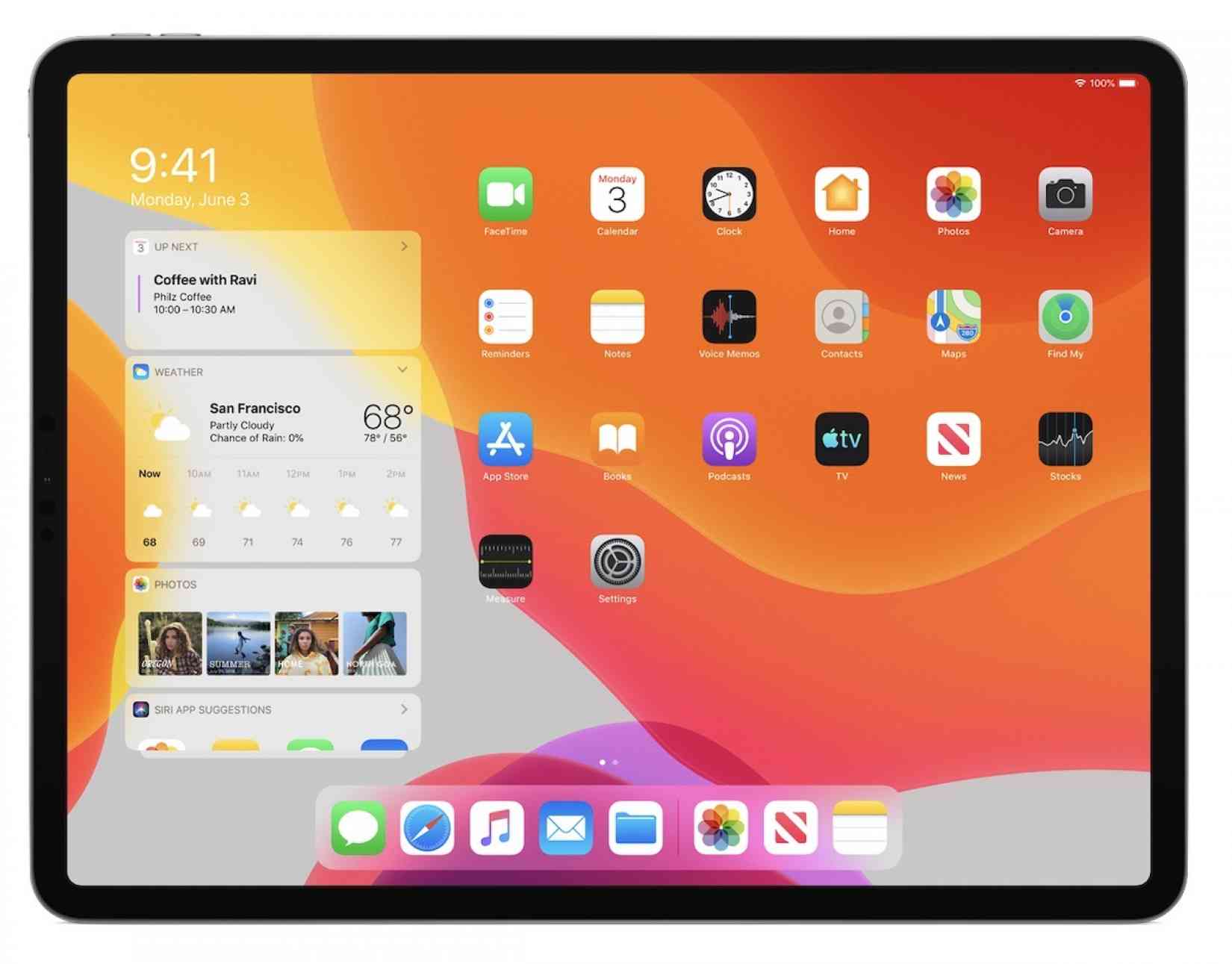 At WWDC yesterday, Apple finally gave its full-on computer blessing to the iPad: it announced that iOS will split, and the iPad will run a special operating system of its own: iPadOS.

Even if the name change were largely symbolic, it's a big deal in that Apple now regards the iPad as an actual, serious computing device that will gain familiar desktop paradigms and ultimately fewer restrictions. iOS for iPad always felt like a shoe that didn't quite fit properly, with the iPad Pro positioned as a powerful computer from the future, and the OS feeling like someone stretched a phone to work at 11 inches.

By splitting iPadOS off, Apple can focus on iPad-first paradigms, rather than them being an afterthought tacked onto iOS. We can already see the fruits of this in  iPadOS 13, which features a new homescreen (which isn't really all that different), window management tools, fonts, basic mouse support(!), and, most importantly: proper USB storage support.

All of these features would be laughable if we were talking about any other kind of device, but adding them to iOS is a big deal—nobody really expected Apple to open up its platforms like this at all. But, that's exactly why they're splitting them now: giving the iPad its own operating system means Apple can add things like USB storage support to the iPad, without the expectation that it'll also arrive for other iOS devices.

As someone who was initially frustrated by the new iPad Pro, but eventually found myself back using it, and loving the device despite its rough edges, I'm excited about what this means for the future of the device. It's already close to being a long-battery 'everything' computer for me—with the exception of coding—but iOS' insistence on ignoring desktop paradigms sometimes made that frustrating. Even just the changes in the update we saw yesterday go a long way toward making it a more serious competitor to every other laptop and tablet out there.

There's a lot more in iPadOS, including the ability to use it as a connected tablet for your Mac, a 'real' web browser, and lower pencil latency, which we can dig into more in a future edition. What matters is Apple is finally changing the narrative from "it's like a computer, sorta" to a real player for the next generation of computing, and to me, what will be revealing is where it goes from here.

A new Mac Pro, only for the Pros 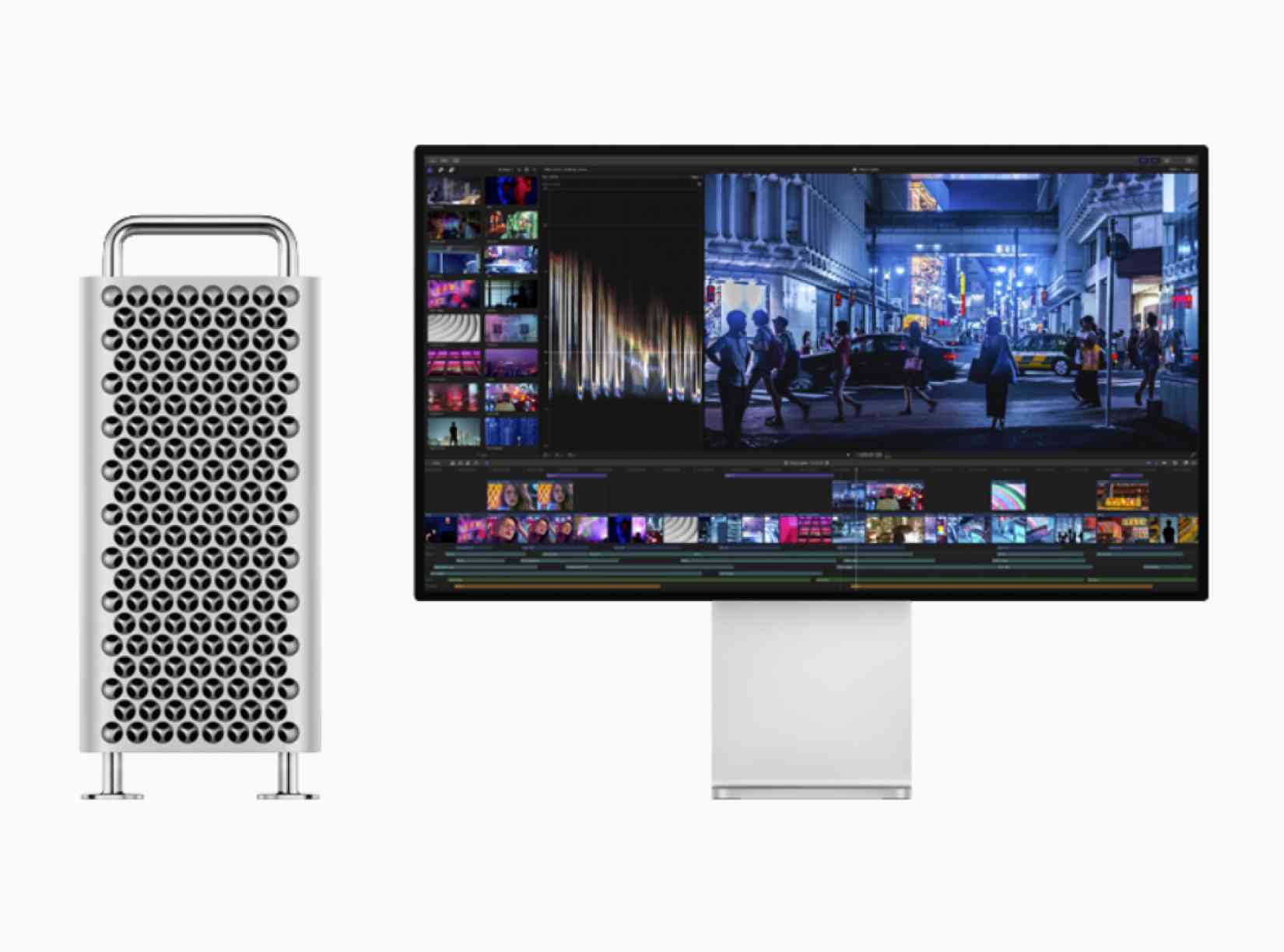 Pro users have been moaning for years that Apple was ignoring them, after the last 'Pro' computer (affectionately known as the 'trash can'), designed them into a thermal corner. Two years ago, Apple said sorry, and that it was working to fix that... and finally, WWDC was time to prove them wrong.

And they did: the new Mac Pro is here, going far beyond what anyone expected in almost every part of the spec sheet. There are impressive numbers across the board: up to 28 processor cores with an Intel Xeon, up to 1.5TB of memory, eight PCIe slots, and a custom "accelerator card" designed explicitly to help the film industry, enabling playback of three 8K videos at the same time.

Apple went above and beyond to prove the point that the Mac Pro is here to stay, after years of essentially ignoring the industry, and it totally overcompensated to avoid criticism. It's a big shift away from the original audience of these tools, however, when you look at the price of entry: the base model starts at $6000, and the new Apple-made screen to go with it is another cool $5000, plus $1000 just for the stand.

If you're any kind of 'pro' user that doesn't have a multi-million dollar IT budget, you're likely to have pause with this new machine. The old 'cheese grater' Mac Pro design from a decade ago was squarely aimed at aspiring filmmakers, game developers and motion graphics, with the price still demanding a premium, but being accessible for many folks. This new machine is squarely aimed at just pro users, with the budget to match, and moves away from the enthusiasts: it's for only the Pros.

Essentially, the Mac Pro is everything the bigwigs in the money-is-no-object Hollywood film industry have been crying out for! The target market for this machine is clearly folks working at Pixar, or developers working on the Unreal Engine, not the iOS developer in their garage, or the freelance film editor.

The Mac Pro is no longer for individuals at all, but for the corporate-sized budgets, which are willing to pay in bulk to get the work done. This was reflected in how it was positioned, with Hollywood editors demoing the editing capabilities, and a cinema soundtrack producer showing his 1,000 track masterpiece.

Yes, it's outrageously powerful, yes, people do need this, and yes, Apple's hardware prowess is impressive when it gives the Mac the time of day. I'm not convinced this new computer does anything except move high-end hardware further out of reach, but if your day job depends on it, dropping a cool $15,000 on a mid-range Mac Pro might be worth it. That's the kicker, too: $6000 is only the base price, which contains constrained enough specifications that almost everyone buying this will be spending thousands more.

For anyone in the middle, as my friend Justin points out on Twitter, it's much easier to just build something yourself for a fraction of the price (something that friends at movie studios have told me they already do, given Apple ignored them for so many years). Is the Mac Pro impressive? Yes. It's also egregious across the board, and I'm not sure how that will land. Apple's new 'cinema' display that goes with the Mac Pro, for example, starts at a eye-watering $5,000, and doesn't include a stand--that's another cool $1,000, just for a hunk of metal that's usually free in the box.

I'm sure it's a nice stand! The irony is what that symbolizes in the context of Apple's ever-rising prices and perceptions that they're nickel-and-diming customers with dongles, subscriptions and, apparently, not including the stand with a $5,000 screen. Also, you can spend a few hundred dollars adding wheels to the bottom of the Pro, if you please.

Yes, Apple finally delivered on its promise: the machine for the Pros is here. It's just that Apple's definition of Pro has moved, and it's an entirely different, much more affluent category than the pro users of the past. What's odd is Apple said at its keynote that developers make up 60% of its pro audience, and I'd argue there's now a large gap in the middle of its hardware lineup between the MacBook Pro at $3,000, and the desktop computer at more than twice that.

We'll see how this thing is received, but the audience reaction to the price on the livestream told the story: there were audible gasps and a few bouts of laughter. Of course it was going to be outrageously expensive, we all knew that, but everyone secretly hoped to be proven wrong.

iOS 13 has dark mode, redesigned apps, and allows you to use an iPad as a tablet with your mac

Good read (with odd timing): How Microsoft won over the skeptics, and behind the scenes of the GitHub acquisition