Microsoft is rebuilding Edge and it's bigger news than expected 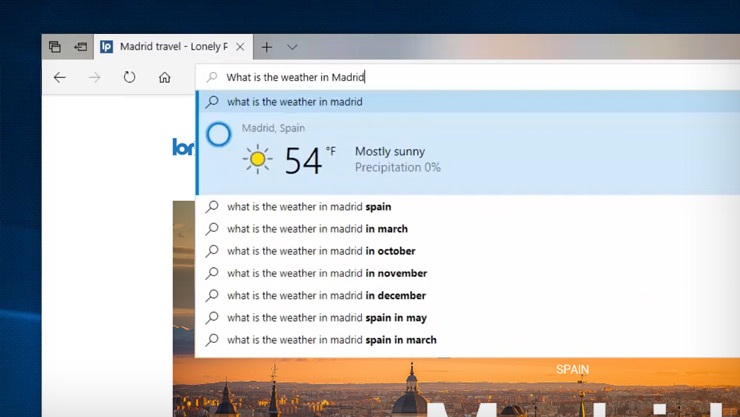 When the news broke that Microsoft might abandon work on its custom browser engine, EdgeHTML, I wrote about how it'll change the web landscape for good. What I didn't expect, however, is just how much bigger the news was than we expected.

Microsoft detailed the change in an open 'letter of intent' last night, saying that "we have been thinking through plans to adopt the Chromium open source project in the development of Microsoft Edge on the desktop to create better web-compatibility for our customers and less-fragmentation of the web for all its developers, and we’re now ready to move forward."

The details of the shift are fascinating. Not only does Microsoft plan to give back to the open-source Chromium engine, it's going to ship Edge for macOS and bake it into the core of Windows. It's also going to expend significant resources to make the browser more efficient on resources like battery and memory, as well as collaborating with hardware manufacturers to make it run great across devices.

When the news leaked I had thought the shift to Chromium might help defragment a market that's been historically a mess, but hadn't considered another implication: Microsoft is using this as a bet that the next desktop platform will be web apps.

Two important pieces of context about this:

1) Microsoft acquired a popular technology called Electron when it bought GitHub earlier this year, which allows developers to write native applications with web frameworks while still benefiting from system-level APIs like notifications. It now owns what is arguably one of the most popular ways to build modern cross-platform applications, leveraged by tools like Slack.

2) Microsoft announced a significant shift in its platform strategy earlier this year: it began allowing 'Progressive Web Apps' into the Windows Store. PWAs are a technology that allows developers to build applications with a native-like experience for every platform, from Android to Windows. The Charged Community has one, which allows it to be installed on your home screen and deliver push notifications!

With this in mind, all of this suddenly makes sense: Microsoft is betting the entire house on web apps as the only way forward for the desktop, and it's going to expend massive amounts of resources to make them the best, first-class experience it can across every device, all the way back to Windows 7 (which isn't technically even supported anymore).

One of the biggest problems with Electron today is that it's an abstraction layer on top of the operating systems, without the low-level access that Microsoft and Apple's first-party browsers get that allow them to be so efficient.

Electron needs to bundle an entire instance of Chromium with each app you use, sapping up resources that aren't shared, but if Microsoft were to make those a shared thread... we'd start seeing serious performance improvements.

Reading between the lines of that original post, this is exactly what is going to happen:

Outside the Microsoft Edge browser, users of other browsers on Windows PCs sometimes face inconsistent feature-sets and performance/battery-life across device types. Some browsers have had slower-progress to embrace new Windows capabilities like touch and ARM processors. As you know, we’ve recently started making contributions that provide these types of hardware support to Chromium-based browsers, and we believe that this approach can be generalized: we think we can help to accelerate the web and users’ experience of it by contributing new capabilities to Chromium open source for the benefit of all these browsers and users.

In other words, if Microsoft can leverage web technology to build a vibrant store, it might have an opening against Apple's App Store. The barrier to entry is significantly lower, only requires a single code-base and best of all, can be experienced in a browser before they're installed. It's a vastly different strategy, especially given that Safari is the only platform-exclusive browser left, and that Apple's cross-platform play seems to be backporting iOS apps to the Mac, a vastly more difficult task for little return.

When I read the announcement post about this, I just thought holy shit -- this is an unprecedented move that gives Microsoft a huge leap forward in a space that nobody else has embraced to this degree. HTML5 might have been heralded as the 'native app killer' but it was far too early: now, we might really be there.

Some in the industry aren't as excited about the move, particularly given it reduces browser choice in the market at a time when Chromium is so prevalent. A post from the foundation's CEO doesn't mince words:

Microsoft is officially giving up on an independent shared platform for the internet. By adopting Chromium, Microsoft hands over control of even more of online life to Google. This may sound melodramatic, but it’s not.

While I agree that the prominence of any one browser is a problem, I'd argue that this time is different: Chromium is much more open than those that have reached prevalence in the past. This is the start of a long journey that appears to have barely even begun in terms of technical realities, and having Microsoft's weight behind the project is likely to help define its direction, rather than leave it to Google.

2019 is going to be weird but it's a great time to be a developer, and even better if you deal with corporate IT. No more custom-rolled applications targeted for Internet Explorer or Edge, just a great browser experience baked in.

If you had suggested the idea that Microsoft would ever open up its browser like this even just two years ago, I'd probably have laughed. This is such a monumental side-step for a company that was so adamant it would play that it's difficult to hate it, but it's also difficult to understand what really happens from here.

Just the details: Microsoft isn't killing its browser, but instead swapping out the 'engine' underneath that it uses to render pages to use the Google-built Chromium engine. They hope it'll increase compatibility and are making a play for the web as the platform of the future, and I feel like this'll be a huge shift for businesses looking to build any app, soon.

P.S: For those wondering about the nerdy details: Microsoft has chosen Blink as its Chromium renderer of choice, the same as Chrome, and it'll implement V8 as the JavaScript engine.

Amazon is essentially building its own Quora competitor
It's clear Alexa's huge problem is it doesn't have the sheer data Google has to provide decent answers to random questions, and this is an interesting, complicated way to go about solving that.

We get a peek at a proposed US national privacy law
Designed to follow up on GDPR, 200 technology companies are endorsing this. That's a huge shift in the privacy debate, but will it go anywhere?

WordPress just shipped its biggest update in years
They built an entirely new editor from the ground up, and it looks incredible. I still don't know if I'd touch the platform with a barge pole ever again, but hey, it's great to see they're still shipping improvements.