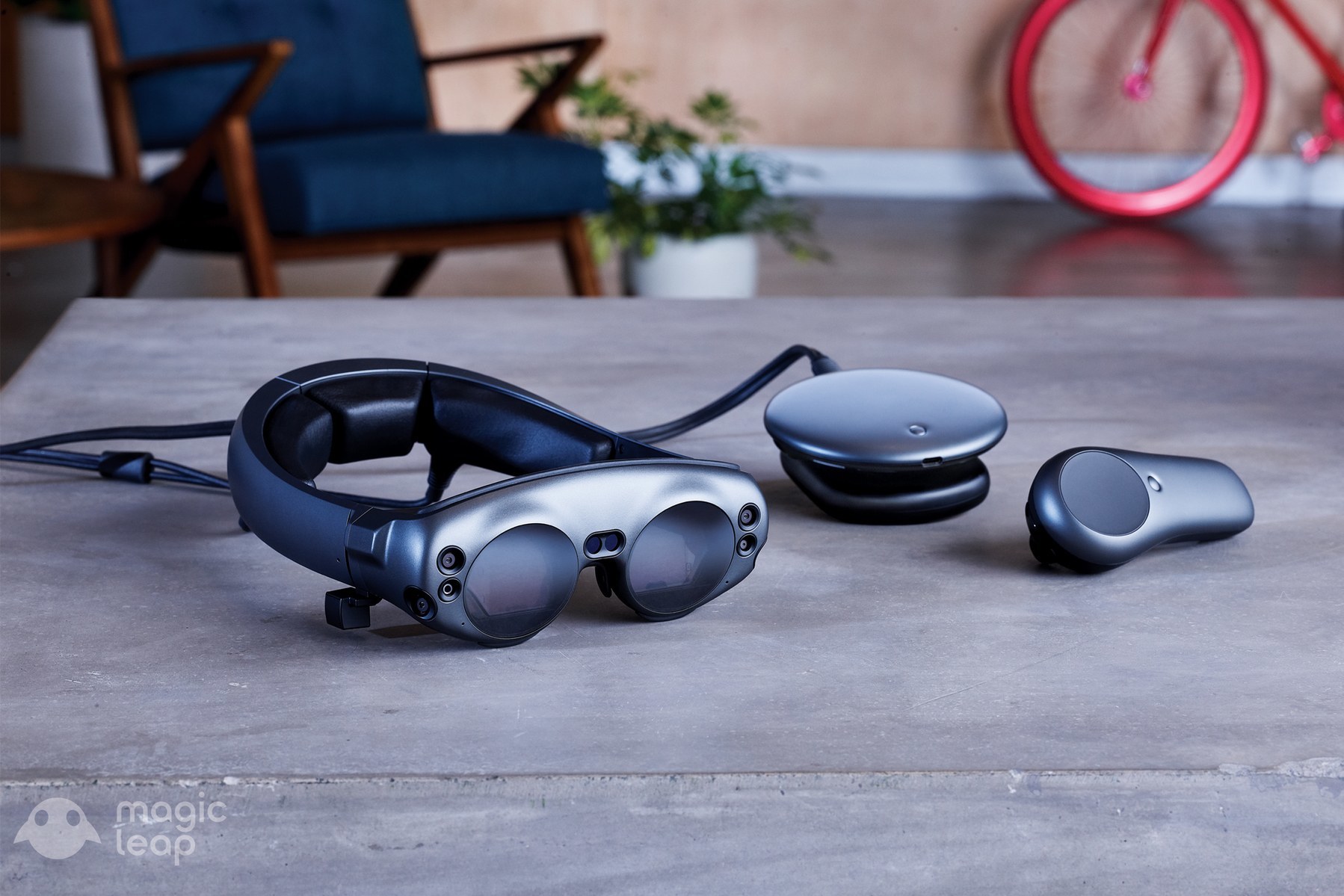 Magic Leap has been loudly waving its hands around about its augmented reality headset with little to show for it for almost five years, after that first video touted augmented reality that seemed too good to be true.

As the company raised millions of dollars repeatedly over the years, it seemed to release nothing more than hot air: concept videos regularly appeared touting the 'experience' that left most of us questioning how it could be quite so far ahead of the competition.

Now, after we saw a peek at the hardware in 2017, the company has actually shipped something: from today, those in six US cities will be able to order a Magic Leap for a modest $2,295 (excluding accessories).

WIRED got to talk to Magic Leap (again), and try the device in long-winded piece about the company:

These experiences are certainly on par with other augmented-reality and virtual-reality demos I have seen. Are they really mind-blowingly better than the competition? Not yet. But Magic Leap does have a product, and despite its naysayers, it’s very close to being in all of our homes.

Magic Leap's current iteration is... less than the most attractive product out there. It's a pair of alien swimming goggles, for the AR helmet, a wire, and a very large circular computer that must be worn on your waist called a Lightpack.

Unlike Magic Leap's earlier claims of killer light-field technology and physics pushing boundaries, the actual product is more modest. It's reportedly decent, but only a slightly improved version of Microsoft's Hololens, with a marginally larger field of view.

What makes Magic Leap special is the content, it seems, and the partnerships it's forged with places like Weta Workshop (the studio behind Lord of the Rings) and famous musicians like Sigur Rós. The company also built Magic Leap's operating system from scratch, making it the first 'native' AR operating system I'm aware of.

So who the hell is this thing for, anyway? Magic Leap, today, is positioning the availability of this iteration at developers. The $2,200 price point, which seems steep but is in par with developer-focused hardware, reflects that, as does the limited availability. The company insists it's a consumer-polished release, with all the features of a consumer release, but in an early phase to get makers to embrace it.

Essentially, it's the exact same strategy Microsoft has attempted to push with limited success on Hololens (it's also a cool $3,000 and a revision is expected soon). I struggle to not point and laugh at Magic Leap, given its claims versus the actual reality today, but it is admirable that it actually shipped something.

The hard part, from here, is convincing the world that augmented reality isn't just nonsense. We've all tried it, and we're all skeptical that any audacious claims will pan out to be reality. Still, AR has a chance, and Magic Leap has a few billion in funding that it can leverage to help convince you.

Facebook's "trick" to teenage active users
This is a wild story of how Facebook literally tricked teenagers into downloading an app through a campaign that targeted specific schools with fake hype, on Instagram. At the very same moment it argues it's not a monopoly, this is going on behind the scenes.

How Google plans to build censored search for China
Interesting details on how Google is building its censored search engine, despite the pressure, and how to actually go about implementing such a thing.

New York puts cap on ride-sharing for a year
This is a city that's about to shut down a major transit artery for the better part of two years (the L train) and now it's capping ride-sharing services like Lyft and Uber in response to plummeting taxi medallion prices. I'm not sure Uber is the answer, but I don't think it's the problem either.