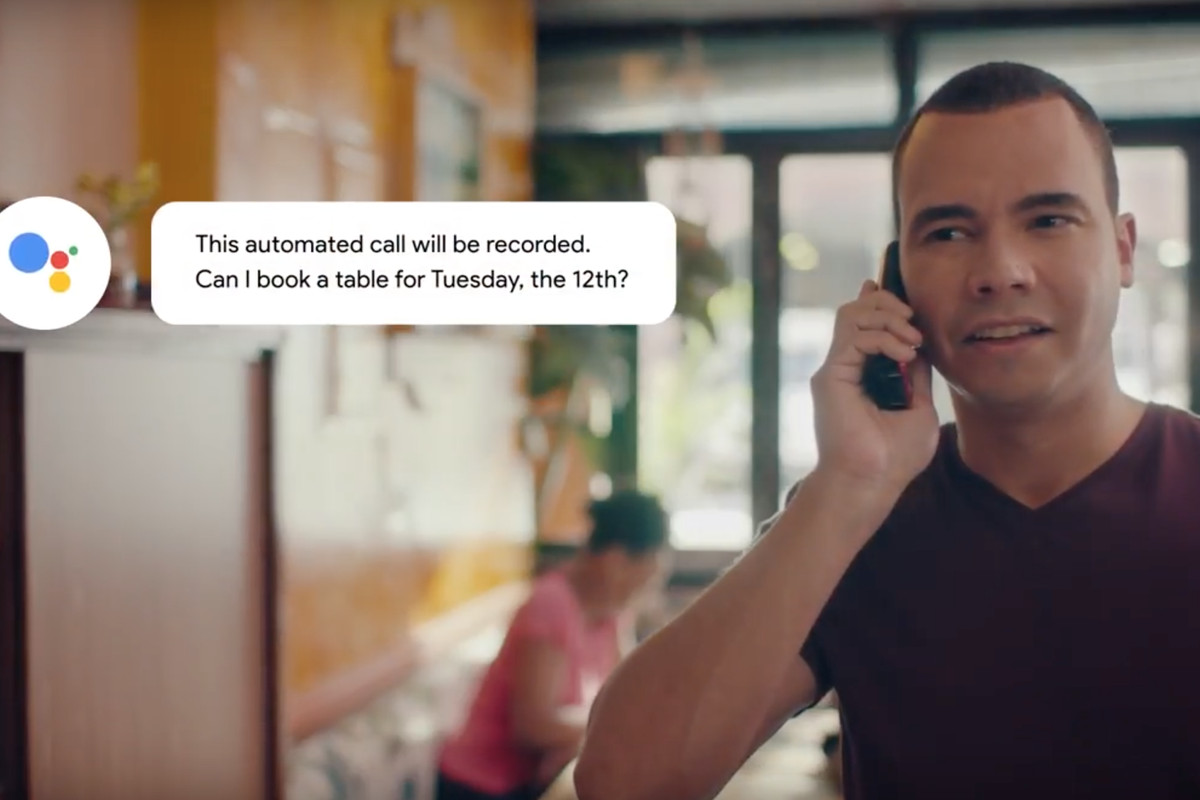 One of the big questions we were left with after Google I/O this year was whether or not Google's incredible Duplex demo was real. It was so impressive, littered with human ticks and felt natural enough that almost all of us quickly moved to how can this be real which we were left with for months.

Google finally took the time to detail the product and how it actually works to journalists yesterday ahead of a limited rollout this summer. A handful of writers were given the chance to act out being on the receiving end of a Duplex call, and try to fool it:

The voice sounded just as natural as in the video above, not at all like a robot. There were several variations on the robot disclosure — Google seems to be testing to see which is most effective at making people feel comfortable sticking with the call. The other thing to know is every variation I heard definitely said that it was recording, usually followed by a quick “umm” before jumping in to making a request for the reservation.

Reading about why Google added the vocal ticks, and how it came to build out the natural language that it did, is fascinating: it made the people who were interacting with the robot more comfortable. Early tests indicated that the robot voice, without human ticks, made people much less likely to interact naturally.

We also know a lot more of the details surrounding how it will work in practice now. Businesses will be able to opt out, there will be harassment controls in place to avoid overwhelming a particular place with prank calls and surprisingly, it's adept at handling interruptions.

Most interesting of all, Duplex has manual human handlers, who take over quickly if something goes wrong on a call. This will be there at launch, and is designed to permit situations such as those who aren't willing to be recorded, or when Assistant gets confused, which will help a lot as it improves at understanding curveballs.

There was so much skepticism after the I/O demo that it's curious to see Google so forthcoming with solid answers now, but I think it was busy figuring out these finer details and got ahead of itself when it showed off the technology. Like always, Google focused on the cool factor, rather than the implementation, which watered down the demonstration by making us all skeptical.

What's amazing is reading all of the hands-on pieces, like this one from Techcrunch or this one from CNET, and seeing how well Duplex already handles edge cases. Four out of five calls currently succeeds, which is wild, and while it's fairly easy to dupe the robot with a complicated answer, it's an impressive rate of successful sessions that makes me optimistic about it launching.

Personally, I'd like to see this work the other way around too: give me Google Assistant for taking my inbound calls and let me ask a series of questions to callers instead. Maybe that's the next step.

iFixIt details how Apple cornered itself with its keyboard design
Apple finally confessed last week that "a small amount" of its new MacBooks are affected by a devastating design flaw that leads to dead keys, and now iFixIt put the new MacBook design under the microscope to find out why. Essentially, it's what we thought: dust gets jammed, the key can't move, and lifting it up destroys the mechanism. Oh, and the keyboard is glued to the rest of the computer.

Facebook lets you snooze keywords for 30 days now
Wow, this is incredibly welcome, but I'm surprised by how little I've missed Facebook now that I deleted it entirely.

Check out BBC's incredible computer history archive
This is so cool; a huge trove of documents, from manuals to magazines, from the early days of computing. All of it is free, and it's such a rabbit-hole!

Apple reportedly eyes streaming bundle for TV, news and Music in one

Lyft gets another $600M in funding, but remains US-only