Google Stadia: the future or just a pipe dream?

At Game Developer Conference (GDC) yesterday, Google unveiled a splashy new game streaming service called 'Stadia' (it's a play on words with Stadium) that will allow users to jump into video games in the click of a button—literally from the end of a YouTube video or embed on a website.

Here's how it will work, according to Google, upon release: gamers will be able to stream supported titles (more on that later) instantly from any device running Chrome. There are no installations required, which means it works across Windows, macOS, Linux, Android, iOS and TV devices without modification, and the platform allows switching freely between devices seamlessly at any time.

From talking with sources, Google has been working on Stadia for years—I could find people willing to say that teams were building it as far back as 2014 in some form, and testing has been going on for even longer with a massive group of dogfooders internally. It initially was baked and kicked around by just two engineers internally, who built a demo compelling enough to get years of funding and patience to build it.

Google is not messing around with this, but what's astounding is that it didn't leak at all.

Zoomed out, Stadia looks exactly like every other attempt at game streaming we've seen in the past—OnLive, GeForce Now and others—but when you dig in, it's actually a unique play. Unlike services that came before it, Stadia is not as simple as streaming a video of a game down a pipe, and controlling it remotely. 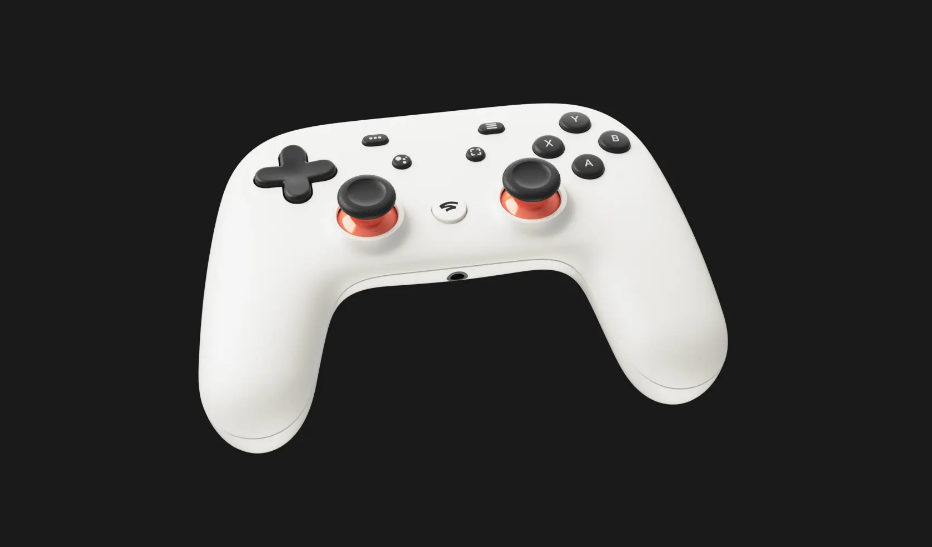 Instead, Stadia separates out input from the game renderer to reduce latency, and distributes rendering across multiple edge servers to reduce any perceived lag. The Google controller, which was announced alongside the service, connects to WiFi rather than Bluetooth, which is traditionally used, and establishes a direct connection with the edge instance for your game—further reducing any input lag.

A big difference and potential problem for Google is that game developers clearly need to modify their games to support the platform before they can launch. The only title we absolutely know works on Stadia today is Assassin's Creed and DOOM: Eternal, but the success of a streaming service depends on selection when it hits the market—which is why Stadia isn't actually being launched yet.

It's unclear what modifications Stadia requires developers to make, but I believe it to be related to ensuring games take advantage of the distributed computing available, and to reduce any perceived lag for the end user. Google knows that lag, and gamer perception of that, will kill a service like that—so I believe that it's going to require developers to invest in it properly, rather than sledgehammer existing games into the service.

That means that the flashy launch yesterday was designed to drive gamer interest and developer investment: that's why the Unity engine and Epic Games are already supporting the platform, and you can bet publicly talking about it will mean developers start paying attention. Because of all of this, we don't have a firm date for launch yet—just a vague '2019' date window—and there's no information about cost or game selection.

What's exciting about Stadia is how tightly coupled YouTube is to the service. If you've ever tried streaming to YouTube or Twitch today, you'll know that it's both a huge pain to configure, and incredibly taxing on your device while playing the game. Stadia instead offloads this to the cloud, directly connecting a 4K stream to YouTube so anyone can watch in real-time without performance issues.

But, it goes much further than this: the YouTube integration allows "state sharing" on the service. Generate a 'share' from your game, and the current state—level position, inventory and world state—to get a link that throws the user instantly into the exact moment of the game that it was generated from. Speed runs, for example, are hugely popular on Twitch and YouTube, and the ability to directly put players into a moment in the game, rather than play through the entire thing to get there, is mind-boggling.

Coupling the game client with the game server will offer interesting new paradigms for online gaming. Game developers have been promising 'cloud features' in games for years, but have struggled to deliver them reliably because the client and server are so separated that it's difficult to build compelling features that actually work at scale.

The Battle Royale format, popularized by games like PUBG and Fortnite, connects 100 players together in a game simultaneously, which was a feat in itself compared to games that came before it with limits of far fewer players. Moving that closer to the server would allow games of hundreds of players to exist in the same space because the endpoint doesn't need to deal with local processing and client latency in the same way—they're all running in the same datacenter, and video degrades far more gracefully than client game state being synchronized slowly.

The same pieces are why Google is so well equipped to pull game streaming off, and move to a model where 'my console is in the cloud' is acceptable. It says it has some 7,500 edge node locations it can use to connect with players, along with its own fibre optic links that are already used in its infrastructure. Essentially, it's so big that the infrastructure is already there—so when Stadia launches, it'll be available in the US, Canada, UK and 'most of Europe.'

But, what's in it for Google? Obviously there's a new market here—gamers—but where does this make money? It appears that this is a multi-sided strategy, which drives each piece of its business forward and has potential for revenue on every side:

Here's the thing: there is a lot to Stadia we don't know, and it's clear there are a lot of gotchas in here. Google was intentionally vague about actual service details, and if I hadn't participated in Project Stream's preview last year, I'd be incredibly skeptical that this even exists. My biggest concerns are:

One thing worth noting, which we've discussed before, is that other players are building similar streaming services including Nvidia's GeForce Now and Microsoft's xCloud. But, from what my sources have told me, these services operate using the same old-school technologies we've seen tried before: simple video streaming from a device racked in a datacenter, and that Google did that in Stadia's early trials before deciding it was a non-starter.

What's clear, and perhaps the biggest takeaway, is how different this was from your typical Google launch: it wasn't a bungling series of disconnected ideas, but a coherent strategy for overhauling the game industry by dragging it into the future. Instead of an incremental half-baked play, Google has sat on this for years and baked it into something that actually stands apart from the current generation of game technology, which could define and reshape the industry—but it's also a classic Google strategic move in the sense that they've thrown sheer technology at a problem that's haunted the industry for a decade.

I'll pay close attention to this, and despite my own skepticism, remain excited about where this is headed. My other computer is a data center was made famous by Google over a decade ago—and now we might finally be ready for my other console is in a datacenter.

P.S: The only actual, technical information I've found along with analysis of the current state of this was from this deep-dive video that investigates how performant Stadia is (spoiler: latency is approaching local console play) and what it's doing differently for developers.

Phew, made it this far? Alright. Here's some more links:

Among all the gaming noise, Google says it will offer browser/search engine choice on Android in Europe
Like Microsoft was forced to do in the early 2000's, Google has relented to the European antitrust suit and will push out a pop-up that asks users what their browser and search engine preferences are, offering alternatives alongside its own. This isn't really a consumer win in my mind, but yet another pop-up like the cookie warnings.

Kickstarter's CEO steps down
This coincides with the news that Kickstarter's staff are unionizing, which may be a first in the wider technology industry.