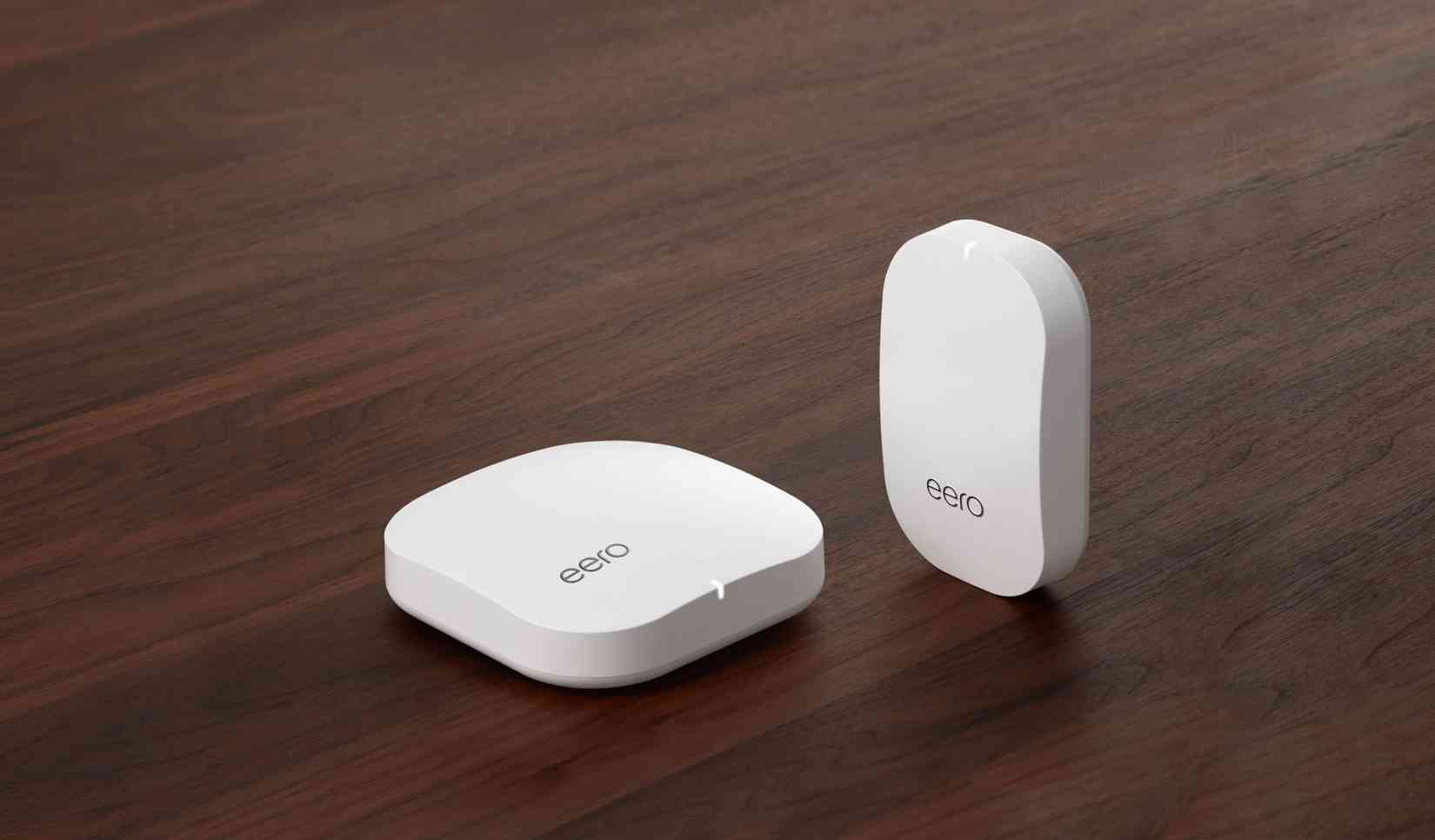 Eero is one of the youngest players in the WiFi space, building super simple mesh routers that were easy for anyone to set up and configure, with a number of unique features like on-device ad-blocking and parental controls.

Late on Monday, Amazon swooped in and bought the company, adding it to a formidable lineup of smart home gadget makers it seems to be collecting, along with Ring, Echo and a sizable investment in the Ecobee smart thermostat.

Given that Eero sells on Amazon, it's clear the company could detect just how popular the routers were, and how unique it was to have a user-friendly product in a space full of devices that requires customers to figure out how to set them up, usually by visiting a magic combination of numerals in the browser.

I had a few different reactions to this, which I wanted to quickly break down:

1. Amazon is going all-in for the 'smart home' platform

It's clear that Amazon is not playing for a small game in the smart home. Every time a smart home product gets decent traction, it's snapped up by the company or gets a sizable investment, which is a prudent move: I think Amazon is scared of the Nest-Alphabet situation ever happening again.

What's in the smart home platform for Amazon? Well, it's the only company without any platform of its own hardware-wise, so it's an alluring idea. The company tried phones, tablets, and voice, which all had varying levels of success, but the smart home is still wide open for anyone to win.

The smart home is also a huge mess, still, and Amazon has a decent window right now to try and unify the entire thing via Alexa. That's clearly already unfolding, even if it's a somewhat disjointed experience, and owning these brands directly makes it possible to build first-class experiences to tout that, as well as selling devices for near-cost prices.

It's not difficult to imagine a future Eero product combined with Alexa, or how it might fit into the ecosystem. What's not clear is if Amazon is any good at execution yet: it owns Ring and a few other random startups, but we haven't seen much in the way of a coherent strategy across them yet, given Ring continues to operate independently.

2. Apple is the only one not playing the smart home game directly

There's a clear strategy rift here, even though Apple was first to build a unified smart home platform with HomeKit. Apple killed its home wifi products just as the smart home market seemed to be getting traction, which was something of a head-scratcher, so now it's not playing there at all.

Apple also doesn't own any smart device brands directly, despite the competition plowing billions into acquiring a piece for themselves, like Google's acquisition of Nest, which has now been rolled into the company's wider hardware group as it ramps up development.

I'm not sure Apple can play on a level footing with a standard like this when Amazon and Google are pouring in so much money. It's not in their interests to even support HomeKit, and it's a huge hassle having this standard kicking around when it doesn't have any weight in developing its own devices.

HomeKit works for now, but will companies bother in the future?

3. It's not clear if Amazon can be trusted with this level of access

When Apple build AirPort, you could at least be pretty sure that the company wasn't tracking what you were doing at home. With Google WiFi and Amazon's Eero acquisition now in play, will these mesh products be able to be trusted with your entire internet connection? Especially given that both companies have a vested interest in knowing what you're doing online.

Google has been relatively up-front about how it uses your data (it doesn't, to date), but Amazon is anyone's guess. At first, it'll probably say that it doesn't collect or track you on your own network, but it's difficult to imagine the company sticking to that long-term: it's just too tempting when you might be able to know everything about what's happening in the home.

A smarter play, in my mind, would be to come out and say that it won't track data for the long-haul, and that it's using the platform to build an easier smart home, not a data-mining operation. Unfortunately, that doesn't seem to be very Amazon to do, and it's unclear what the intent is here.

Mesh for all is a good thing but it's a shame to lose an independent player to another giant. Still, if you're looking for something that isn't owned by one of the technology giants, UniFi's entirely self-hosted solution guarantees privacy and isn't that scary on the wallet.

Inside Apple 'Black Site' campuses, full of contractors
Some wild reporting from Bloomberg on the conditions at Apple outside of its fancy new headquarters.

Google Docs got an automation API, for all those manual tasks
Step one was taking over the startup world. Step two is making office productivity way less bad by allowing banal tasks to be programmatically completed.