Are we nearing peak smartphone?

All signs point to a smartphone industry at an inflection point: what happens when sales start drying up, as phones become boring and people upgrade less often.

Peak smartphone has been feared for years, particularly as phone features became a commodity, but every year that peak has ended up not quite arriving yet — so what's different this time? Chip makers.

Samsung signaled today that while it's made record profits in the last year, things aren't looking up for the next twelve months. Not only did it say that "stagnant sales of flagship models and an increase in marketing expenses" are problematic, its chip and display business is suffering too.

The iPhone X is, in my mind, the symbol of peak smartphone; the perfection of a product that's so damn good it may be the last hit — because where do we go from here?

Even such a high level of refinement has struggled to sell to consumers in droves — Samsung, which is the exclusive iPhone X OLED display provider, said that its OLED business is struggling with slower than anticipated demand for panels. 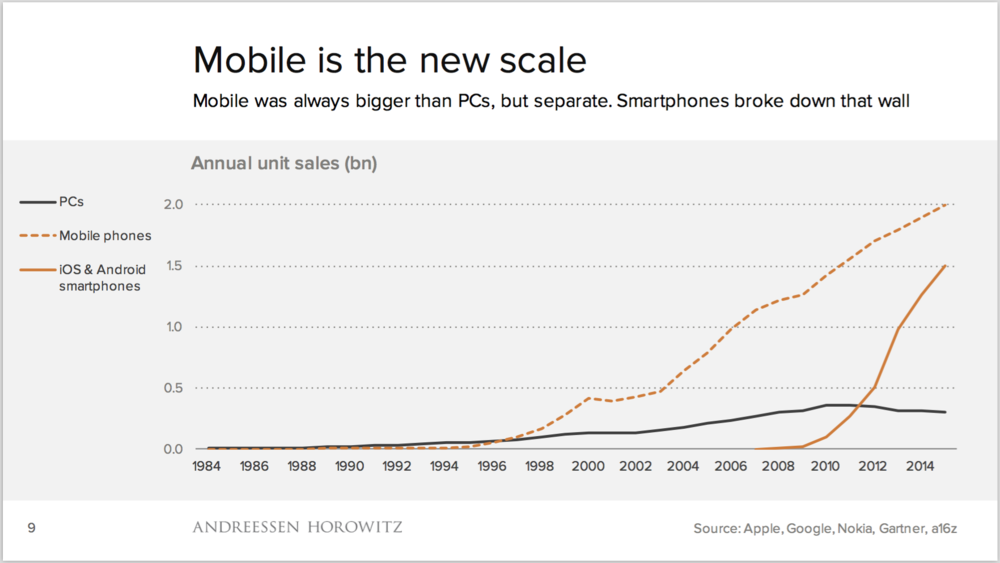 Other component makers are firing the same warning flares. Three other Apple suppliers saw early growth on the back of iPhone X, then "cratered" in the following quarter. TSMC, the maker of the iPhone CPU, has reported the same. The International Monetary Fund reported for the first time that shipments have begun to decline overall.

This isn't an issue for Apple alone, but everyone in the industry: phones are lasting longer, fewer flagship features are emerging and performance improvements are seeing diminishing returns.

However, it is somewhat more of a problem for Apple, which rides on more than 70 percent of its profits being derived from the iPhone alone.

If that dried up, like the PC industry did almost a decade ago, it could face an existential crisis as Intel did — because it didn't have the luxury of just leaving their game. There's a reason Apple, seeing this before it happened, is going further upmarket and charging more for its flagship.

Using your phone for longer is better for your wallet, the environment, and flips the model on its head: we don't need something better every single year. Peak smartphone is market saturation, and that phones last longer is a compliment to the key players — even if their investors hate it.

Google is well poised to profit from this new world, because it can afford to lose money on bets like Pixel since it already makes its revenue elsewhere. Apple is already aggressively moving into the subscription service business, albeit slowly, for the same reason.

Peak smartphone presents a question: can a company with a bold bet on hardware alone weather such a storm? PC vendors imploded for years because of the same challenge. This time around, at least one of the players has a few hundred billion sitting in the bank.

Like with the PC market, you're likely to begin keeping your phone for longer than ever before as a result of the slowing pace of innovation. This is the new norm. Maybe that's OK. Until we find the next thing to keep buying.

Facebook beat investor expectations, even in the face of a tough quarter. Not only did it increase revenue, people are using Facebook more as it grew to 1.45 billion daily active users in the last quarter.

It's hard to imagine the scale of 1.45 billion users using a single product daily, but they're doing it in droves — even in the face of the company's largest scandal yet. I get the sense that the average person just wants to use Facebook, and really doesn't want to pay.

What's most fascinating is that mobile is now almost exclusively the moneymaker for Facebook. 91 percent of all of its ad revenue is made on mobile, which is amusing to consider because the company was slammed for missing mobile entirely just five years ago.

I suspect if there were to be any impact on Facebook at all as a result of Cambridge Analytica and the surrounding scandals, it wouldn't show in such a short-term earnings report — and GDPR, which may force the company to delete accounts that do not agree, may be a larger problem

Sonos is preparing for an IPO as soon as June
Huge fan of Sonos, which is playing a different game in a technology industry based on walled gardens: it works with everyone, and is the Switzerland of smart speakers.