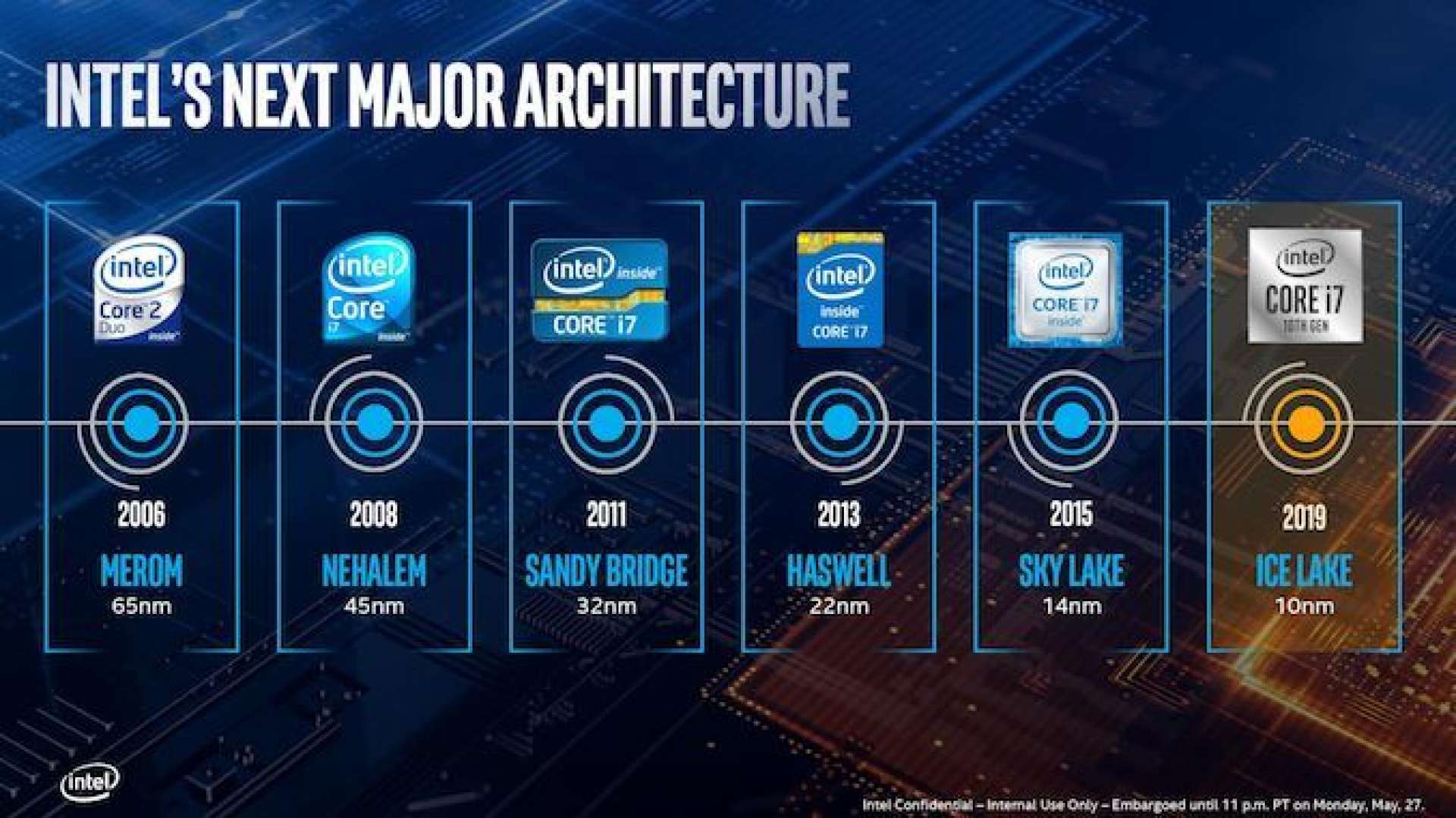 Intel has been dragging its feet for years in building next-generation processors, delaying its own release cycle, and eventually admitting that Moore's Law was slowing down. It struggled with shrinking its chipsets down to ever-smaller sizes, stagnating the computer market for the better part of three years.

Now, the true next-generation Intel processors are arriving—and 2019 is set to be a good year for buying laptops when they're hitting stores. The new processors, based on what's called '10nm' architecture, bring the first meaningful bump in at least three years, with better performance, graphics, heat output and power efficiency. 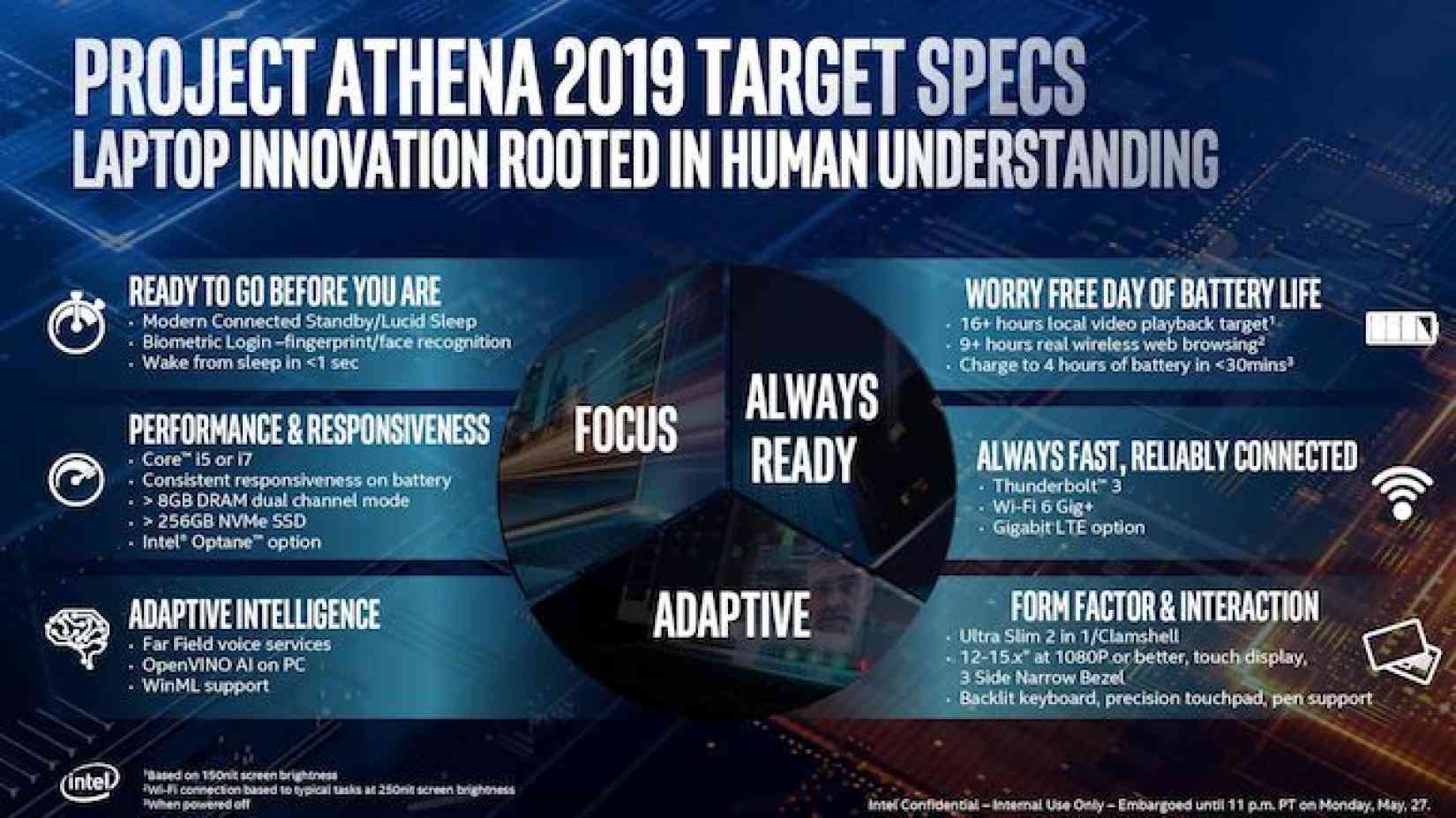 Those special features are under a new certification program called 'Project Athena' that will get a better name before launch, and set the stage for great hardware that feels more akin to the experience you'd expect from an iPad Pro than a laptop.

This stands to be the most transformative feature of laptops equipped with the new CPUs—they won't feel like a traditional PC anymore, and will begin to feel like truly modern, always-connected hardware. I'm hopeful that a side-effect of this is we see more 4G/5G modems bundled into laptop hardware.

In traditional Intel style, the marketing for all of this is completely bungled—the processors will be labeled with a 10 in front of their model number to represent 10th generation. But, the average consumer will be left to their own devices to decipher whether or not they're getting a "U" series processor, designed for ultraportables or a "Y" series processor, which is found in tablets and fanless laptops.

Perhaps the biggest change in these processors is that they deliver compelling integrated graphics, indicated by that 'level of graphics' part of the above label. That means ultra-light laptops will actually be able to play games—albeit not on the highest graphics.

This processor refresh has been highly anticipated for years at this point. While it might all feel rather banal and in the weeds now, when hardware starts arriving later this year, laptops will look different.

After five years of CPU performance largely being irrelevant, there might finally be a reason to upgrade your laptop. Now it's just a waiting game to see which hardware drops first, and the companies that use the opportunity to ship something truly different.

Apple suspends humans listening to Siri results in response to privacy concerns
It was a tremendous bungle when we learned that Apple gave raw audio to contractors to listen to for grading its responses. Not only did Apple not properly disclose this anywhere, I suspect people didn't realize what kinds of things got caught up in voice assistant audio by accident. After Google said it would suspend a similar tool in Europe, Apple is following suit—until users can be given the option to opt-out.

FTC antitrust probe will scrutinize Facebook's acquisitions of Instagram, WhatsApp and more
Did Facebook acquire Instagram and WhatsApp to crush the social media competition and further its hold on the space? The obvious answer seems to be yes—but the FTC wants to figure out if companies that systematically make acquisitions are doing so to avoid them ever being a challenge.

California's farmers are planting solar panels as the water dries up

Good read: 35 authors that didn't start until after they were 35