Every few years, a tech giant comes along and dangles a bunch of money in front of news publications, who gleefully go out of their way to gobble it up. It's free money, all you need to do is bet your business model on our platform, what could go wrong?

As history has repeatedly shown, quite a lot can go wrong. When Facebook infamously 'pivoted to video' in 2015, the free money lasted for a while, and things were finally looking up for the industry. Fast-forward a few years, and the money suddenly went away—leaving hundreds of journalists out of a job.

Whether it's video, Google Accelerated Mobile Pages, Apple News or Facebook Instant Articles, some technology company with giant reach shows up every few years, promising to be the savior of news, throwing free money around and gobs of traffic at anyone who's willing to take it while it lasts.

Yet again, Facebook is back with an offer that's too good to turn down for the media. This time around, Facebook is willing to pay up to $3 million a year to big publications like The Wall Street Journal, ABC News and Bloomberg, in exchange for access to their content.

That'll live inside a new dedicated 'news' tab on the service—and that this tab may arrive now is evidence that native user-based sharing continues to be in freefall. By adding a gob of news content, there's something to look at, and therefore, more time to be spent on the site.

Any money is probably good money for news organizations, on the flip side, but jumping into bed with Facebook again, after being thrown under the metaphorical bus multiple times in the past, seems risky. It's unclear if any publications have actually signed on, but with that much money on the table, I doubt any will say no.

The interest platforms show in news when it's convenient to them, and they need more things for eyeballs to look at for longer, is incredibly disingenuous—and encourages poor news practices. Last time Facebook was juicing news, it became a race to the bottom, with every news organization fighting for an edge over one another to get to the top of millions of feeds.

I'm not sure what would make this time different. 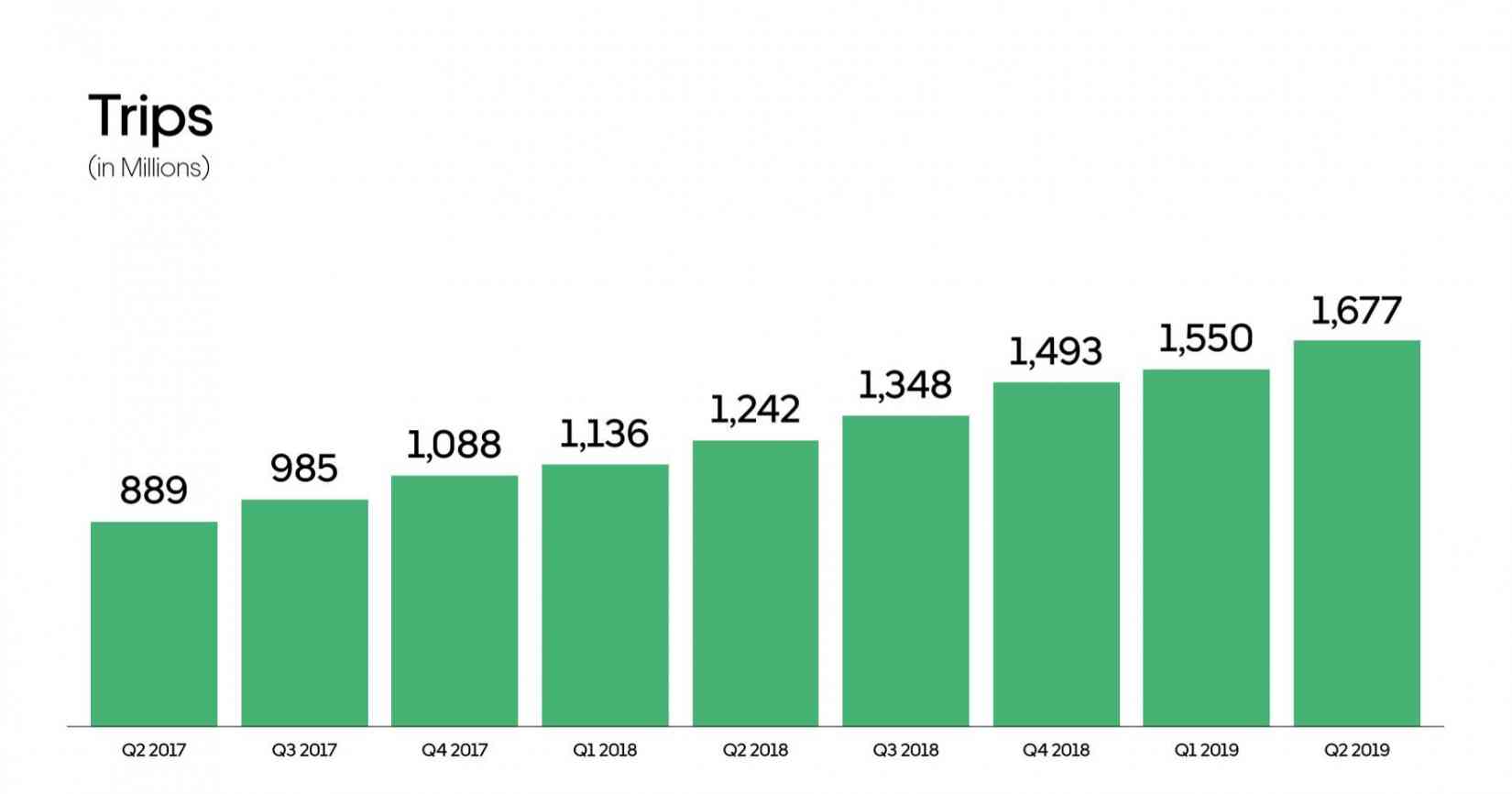 Late yesterday, Uber filed an incredibly poor earnings result: $5.2 billion in losses, and that its growth is slowing. Not everything is as it appears with that scary number, however:

The biggest question on everyone's minds is simple: can it turn this around? Khosrowshahi is an experienced financial leader in that regard, and I suspect it will be about turning off the spending tap, and focusing in on the most promising markets going forward.

Uber is often misunderstood as a single app that depends on ride-sharing, but the way I think of it is more of a lead-gen for other services. If you use Uber, you're more likely to go on and spend money on Uber Eats, and vice-versa. As it expands into new markets and services, as well as hones its global image, it can funnel those customers to new ideas fairly easily.

And there are a lot of those users to funnel to new places—more than 100 million active users—which is an impressive amount for a service that people pay money to use. For comparison, Snap has 191 million active users, and that's a free, ad-supported product.

I suspect there's a long road ahead, and perhaps Uber will need to turn down the firehose of cash on self-driving cars a bit faster as it becomes clearer that self-driving cars aren't arriving as soon as they hoped. It's still early innings, and a ship of Uber's size takes some time to change directions.

Until it's been a few more quarters without a change, we don't really know if things are on track or not, but it's worth keeping an eye on.

Schoolchildren in China forced to work overnight to build Alexa devices
Given Amazon's stance on climate change is a generic shrug, I'm not optimistic that it will do anything about this in a positive way.

GitHub is finally expanding into continuous deployment
Testing your code and deploying it right from GitHub has long been a pipe dream, and GitHub has finally delivered. Instead of paying for a plethora of tools to get code out into the world, GitHub Actions is shaping into a one-stop shop.

Crazy read: 20+ people that worked with Jack Dorsey talk about how he avoids decisions, answers in riddles
Not only can I confirm this from my own sources, I've heard that Jack is terrible at making decisions, so much so, that entire features that have been built end-to-end die on the engineering cutting floor, because nobody will make the call to ship it.