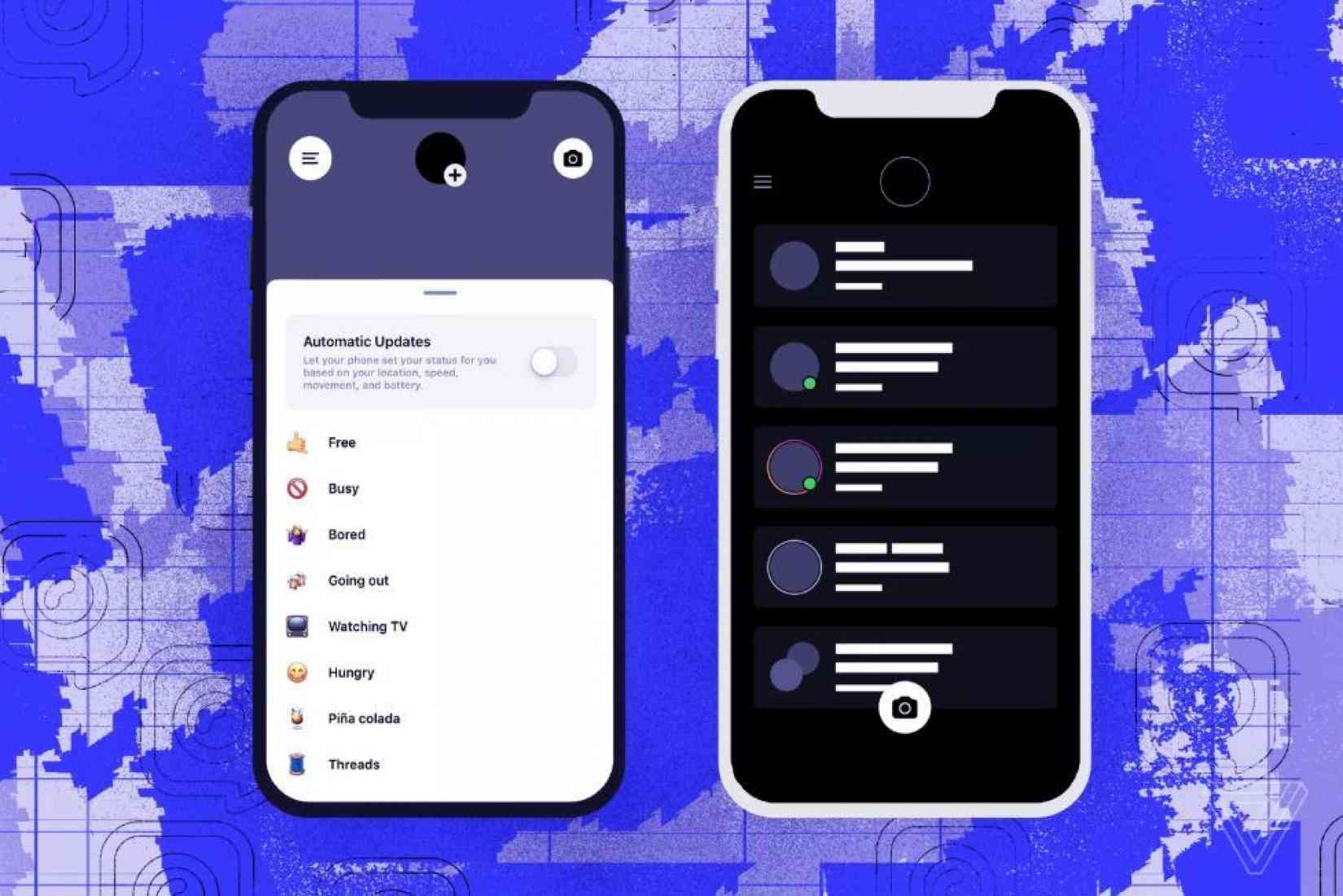 A new, unreleased app that's being tested internally at Facebook, called Threads, leaked yesterday—and it's an interesting mashup of 'Find My Friends' and a social network. For years, there have been battles to build the 'location' social network—Gowalla and Highlight were briefly popular in 2012—but it ended up happening in many of the apps we're already using.

Facebook wants a piece of that action, many years later with Threads, which allows users to share their location constantly in the background, updating your status, speed and battery levels for your friends to look at. You can't see exactly where someone is, but instead statuses like 'on the move' or similar.

This new app is clearly a part of a Facebook play for the 'private' social network, which it's heavily focused on with Facebook Groups so far. With Threads, you can share this data with your Instagram close friends seamlessly, seemingly in an effort to generate serendipity; maybe someone nearby wants to meet up?

This is something I personally do with a bunch of people on Google Maps already, which made me wonder what this was going for—then I realized that Facebook really wants access to your ongoing location data, in the background, and it's getting harder to gain access to it.

With the debut of tighter location privacy controls in iOS 13 and Android 10, Facebook stands to lose background location access for many of its apps, including Instagram, which is incredibly valuable data for its advertising network.

An app that inherently needs background location data, however, solves that problem, while ostensibly seeming like it's about your friends. If it's useful and fun, are you really thinking about the fact that you're also sharing that information with Facebook? Not at all.

That's likely why this is coming from the Instagram brand, and not Facebook—it's easy to forget they're from the same company! Instagram is beloved, and gives people warm fuzzy feelings, while Facebook asking for constant location access feels like your parents asking to track you all day.

Threads is an interesting evolution away from the newsfeed as an intentional status update, into a world where ambient status sharing is a thing, encouraging people to share what they're up to in a zero-touch way. The benefit for Facebook? It knows what you're doing too.

We don't know if Threads will actually reach the public, but as described it's a big bet on an entirely new paradigm, so I'd be surprised if we don't see it launching in a few limited markets soon. But, before you jump in, don't forget who else is getting access to that data.

The UK's BBC will launch a voice assistant for British accents
Not only is it called Beeb, a glorious slang term used to refer to the BBC, it'll be built into TV sets and the company's streaming players, in a hope to provide an assistant that better navigates the British accent. Cute!

Australia will block extremist content during terrorist attacks
They know where the content is, and how to take it down—but they'll only do so during an active terror event.

The idea is that sites like 8chan and others will be taken offline during any major event, to try and stem streaming of violent attacks, but will the government seriously respond fast enough? And do they realize that events like the Christchurch massacre were broadcast on Facebook? This seems misguided, and half-assed, if anything at all.

Fairphone 3 hopes to scale 'ethical' consumer electronics
The materials that go into building a smartphone can be devastating on both the environment, and the people that actually have to get them out of the ground. Fairphone is a Dutch startup that's been going it alone, trying to do it differently—but can it find a niche?