SoftBank thinks it can rescue WeWork

It's poured billions into the hole for WeWork, but SoftBank remains surprisingly chipper about the prospects of rescuing the company in the next few years. Masayoshi Son, chief executive of SoftBank, admitted that he "made a mistake" and that it was a "very hard lesson," but let's be real here...did he actually learn anything?

That all depends on how you interpret this bananas investor deck that the company presented to its own investors to recap what's happening with WeWork. I assumed that this was fake, at first, because it's filled with beautiful slides like the below, but I assure you, it is very real. 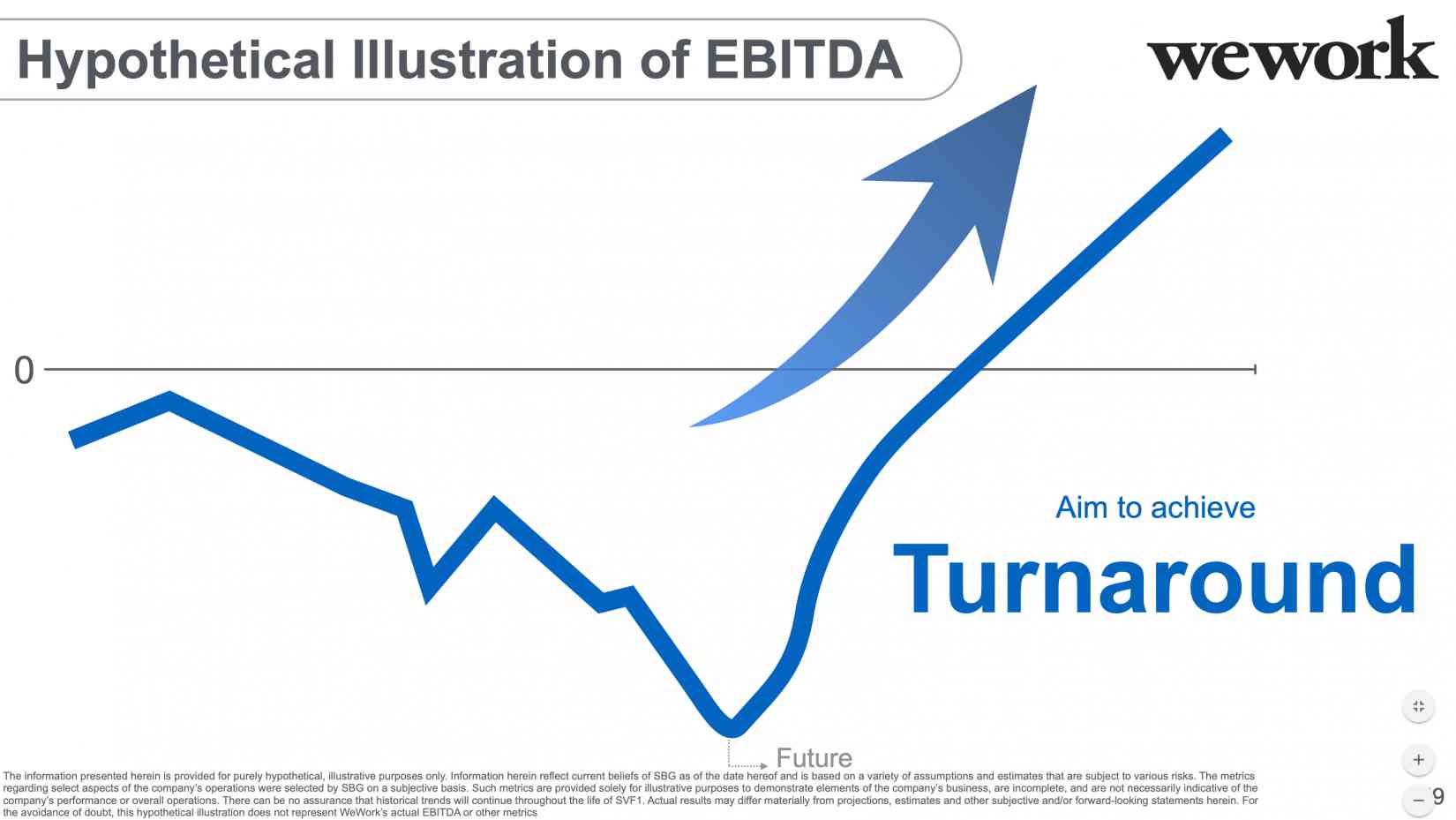 It's incredibly convenient that the future on the legend at the bottom there coincides with a massive profit turnaround! This slide deck is full of chart crimes alongside actual details about how bad things are at WeWork, but it's hard to get into the details when the facts are drowned in bizarro non-information. 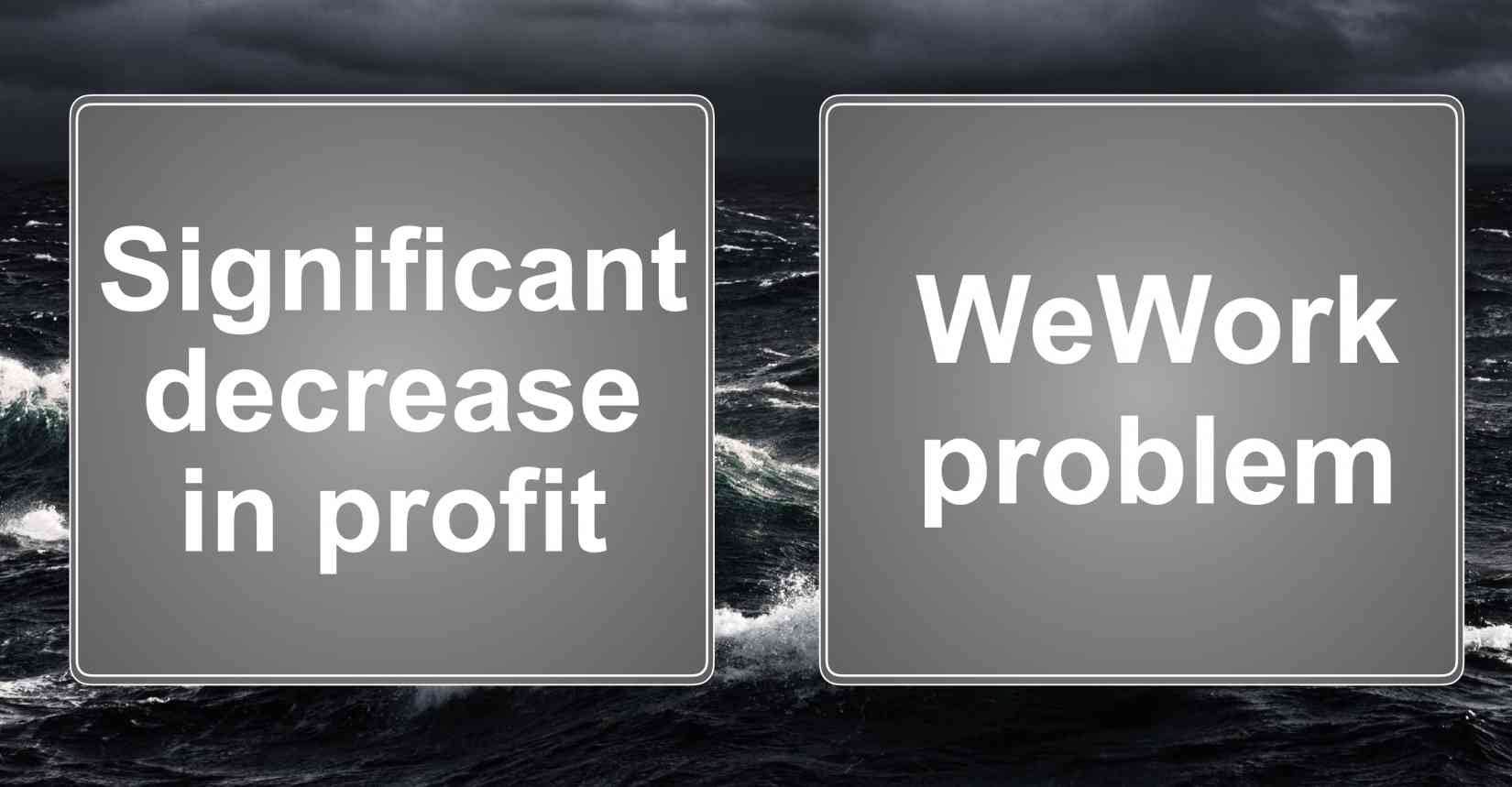 So here's the thing: SoftBank took a $4.6 billion hit on WeWork and it's readying a $2.2 billion loan for the company to help save it. To be clear, Softbank would like you to know that this is not a rescue package at all, and that it doesn't rescue companies... it just provides them with massive loans.

SoftBank has plowed hundreds of billions into technology companies like Uber and WeWork under the Vision Fund, but most of those bets aren't panning out that well right now. Not only did SoftBank itself actually lose $6.5 billion in the last quarter, Crunchbase says that the fund took a $8.9 billion dollar hit as a result.

We expected this, but as Alex at Crunchbase points out, we're going over the bad news "because we're living through a business case that's among the most fascinating ever written."

What's SoftBank's rescue plan, then, for such a magical turnaround in that chart? Well, the company's plan appears to be simple: stop spending money on opening new offices, start spending less on the interior of existing ones, and start squeezing more out of tenants in high-end locations.

In other words, tighten the belt, and start charging customers a lot more in places like New York or San Francisco to help course correct. Without Adam Neumann, who was infamously good at spending money and not much else, at the helm, that doesn't seem impossible... but it feels unlikely to ever do much more than break even.

On the topic of Neumann, the ousted WeWork CEO, Son said that he "overestimated Adam's good side" and that he had "turned a blind eye" to the negative side. That's one hell of an understatement, but righting this ship is going to take a lot of believing in the impossible, and pretending everything is just fine.

P.S - I didn't know this, but SoftBank has a reputation for bat-shit slide decks. Here's another one, which starts with the company talking about "people longing for love" and even humanity's extinction. Enjoy!

Court documents reveal that Facebook feared WhatsApp ahead of its 2014 purchase
There's a lot of fascinating stuff in this document trove that's worth reading, and I'll share some of it in tomorrow's edition. But this is damning evidence for any antitrust investigation, to be sure. Speaking of which, California has revealed that Facebook is being probed, but that the company is stonewalling the investigation.

Photoshop for iPad is getting a lackluster reception
Product pro-tip: if you're bragging about "full Photoshop" coming to iPad and...don't deliver that, people are going to be disappointed.

Good read: An investigation into I'm Shmacked, which exploited thousands of students by inducing them to provide viral videos of college parties to earn Instagram fame