Warning: long read! Skip to the end for the Too Long; Didn't Read.

From today, Google officially starts blocking ads in Chrome by default. The new adblocker will pause autoplay video overlays, remove popups and even flashing animated advertising — some of which Google sells itself.

What's going on here is much deeper than what appears on the surface. Recent times have seen a massive increase in 'bad' advertising across the internet — people are moving to adblocking in droves as ads become more aggressive.

On mobile in particular, it's become a disaster to browse the internet without an adblocker. An outbreak of popup and redirecting ads in late 2017 leaving publishers scrambling to get them off their sites. This is not the exception, but rather the rule — programmatic advertising is easily abused. 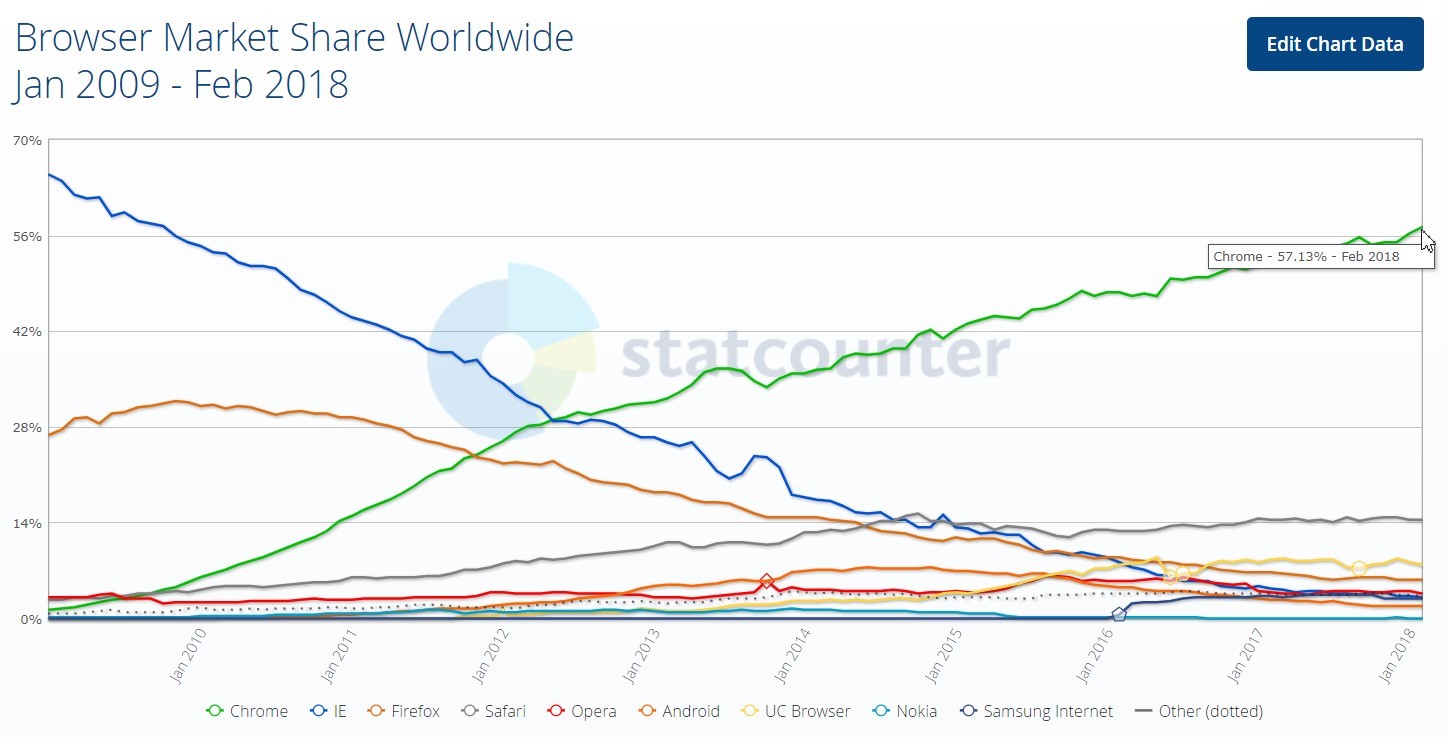 What we're seeing isn't so much ads becoming toxic as peak advertising arriving: the money is drying up, and news organizations that rely on such revenue the most are seeing their business disappear beneath them. To mitigate diminishing revenue, many publishers are doing what they know: loading up on more programmatic advertising.

Two other key forces are also at play: First, Google now controls 56 percent of browser market share. That's a far cry from Internet Explorer, which held more than 95 percent of the market at its peak in 2004, but it's an issue that means Google can attempt to exert control over the fate of the internet. 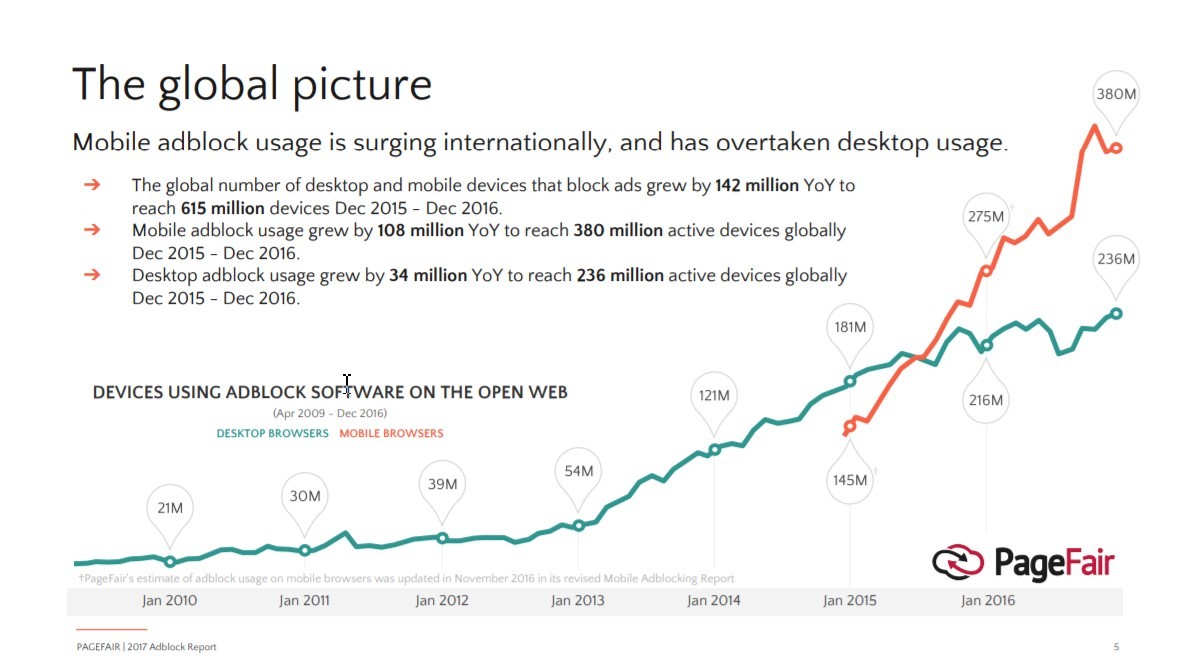 Second, Google also happens to be one of the world's biggest advertisers and one of the world's most popular browser extensions coincidentally is an adblocker by a company called Eyeo, based in Germany. A report in 2017 said that more than 380 million mobile and 236 million desktop users now adblock, approximately 20 percent of all internet traffic.

All of these forces have converged to today: Google can see two existential threats to its business model, the rise of dirty advertising and blanket adblocking, so it's making a move to both clean things up and preserve itself for the long run.

Chrome won't outright block advertising — it'll use a set of rules, as well as a 'three warnings' system — to determine when site owners are being abusive with advertising. A third-party 'consumer standards' group will help determine these rules, and what constitutes an allowed advertisement, and Google will simply adhere to those rules.

Here's the rub: people feel pretty uncomfortable that Google is now being the arbitrator of online advertising, particularly given its own motivations and the lack of controls or external auditing in place to determine whether or not they're being abused.

While I do agree with these concerns at a high level, I think Google is right to do this because online advertising has become toxic, and the company is well placed to build a better model itself — as long as it's open about said process.

I do not believe the online ad business should die, as others do, because I strongly believe that blanket adblocking encouraged by Adblock Plus, uBlock Origin and others is not the answer. Online advertising will always exist as long as consumers aren't willing to pay for some types of services — there are better ways to build a business model, but the industry has helped so many ideas flourish that wouldn't have existed otherwise.

Google isn't blocking advertising because it wants to own how it's done online (well, as far as I can tell), it's blocking it because adblockers push an alternative that, unfair or not, just doesn't work: a web without any paid advertising. The move also addresses a few other issues: malware distribution in advertising, ads hijacking the browser and other bad practices that are devastating the online experience.

Here's how it works: sites which fail the 'Better Ads' standard will have 30 days to rectify their problems. If they don't, they'll be blocked across desktop and web, but are able to request review at any time. Both browsers will pop-up that ads have been blocked, and users will be able to opt out.

Today you'll see a lot of upset publishers crying heresy about this, but frankly, they wouldn't otherwise fix the problem themselves. Google appears to be making a prudent move that both harms itself, but builds a bridge toward a better future for advertising.

I didn't ever expect Google to actually go full-hog and implement this, but I think it's a good move. Nobody else is willing — or able — to provide guard rails for the advertising industry and without this, I'm not sure the web could continue to exist as we know it.

What you should know:

HomePod damages wooden surfaces
Behold, tablegate. Apple has admitted in the space of a few hours that HomePod can severely damage wooden surfaces — but it clearly knew about it beforehand. I wonder if it'll refund people to cover their tables?

Snapchat is opening up
Snap, which famously provided almost zero insight into its advertising process or analytics, is opening up. Now it's letting creators see time spent, demographics and more in a move that attempts to prove the network's worth.

Bill Gates says tech companies are risking government intervention
The irony of this landing on the day that Google flips on an ad-blocker is not lost on me. Bill Gates said to Axios in an interview today that he believes that technology companies are flirting with a dangerous line.