Facebook employs some 35,587 people directly, but only a small handful of those are responsible for moderating the site's content. In order to keep the site free of gore, graphic pornography and other content, the company turns to thousands of contract-based moderators to sit and sift through the imagery.

A big report from The Verge's Casey Newton overnight detailed the brutal reality of those content moderation jobs, which are outsourced to third parties in order to pay less and keep the realities of dealing with the content at arms length:

Miguel works the posts in his queue. They arrive in no particular order at all. Here is a racist joke. Here is a man having sex with a farm animal. Here is a graphic video of murder recorded by a drug cartel. Some of the posts Miguel reviews are on Facebook, where he says bullying and hate speech are more common; others are on Instagram, where users can post under pseudonyms, and tend to share more violence, nudity, and sexual activity.

I encourage you to read the report in full, which details how Facebook has made efforts to make these contractors' lives better than most vendors, but also essentially used them as an automated workforce for sifting through thousands of posts a day. Each employee even has an 'accuracy score' and is subjected to near constant review of their own moderation decisions.

Facebook, in classic defensive fashion, came out with its own spin on the situation on its newsroom site saying that it must outsource the work because the contractors have "core competency in this type of work" and experience with "evolving needs."

From reading between the lines of Facebook's "evolving needs" it appears the company hopes algorithms will eventually solve the problem so it doesn't need the human element anymore. Until then, it'll make the contractor's lives comfortable, even if the job is horrifying, while keeping them at arm's length. 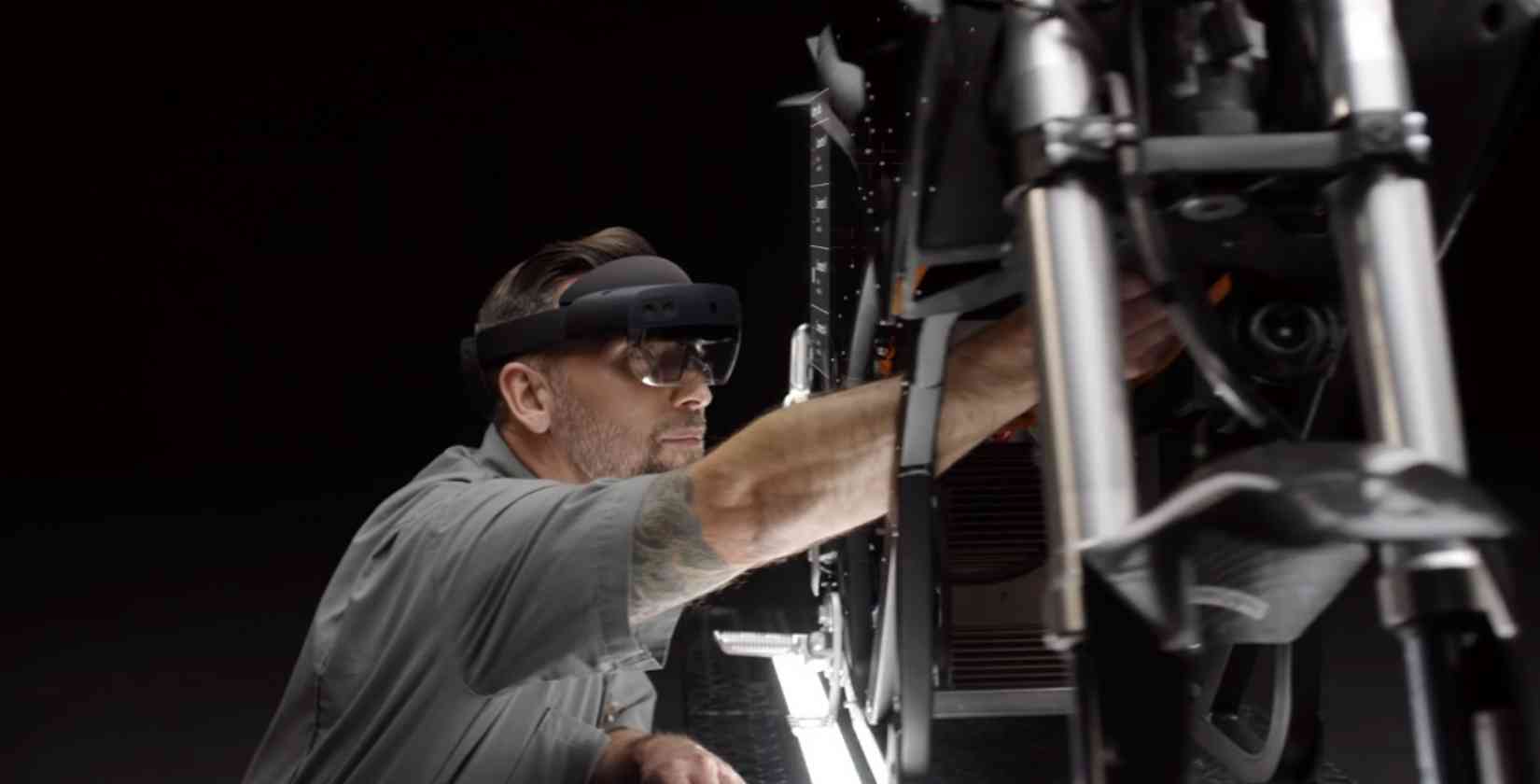 Microsoft unveiled its next-generation AR goggles at Mobile World Congress this week, aptly named "Hololens 2." They're impressive upgrades over the last generation, with a better field of view, faster internals, the ability to flip up and they're significantly lighter.

But, Hololens 2 comes with some caveats: it's not for consumers at all, despite being unveiled at a consumer-focused conference. Microsoft is going all-in on the enterprise, so it'll only sell these to those types of customers right now, for use in applications like the medical field.

Why? Well, it's very likely that augmented reality is just not flashy enough for consumers yet. There's an array of different AR headsets out there, but all of them are clunky, complicated, and largely underwhelming after the first few minutes.

Until the technology gets better, focusing on solid use cases in enterprise means Microsoft can focus on building out apps and iterating in the meantime, with much less fussy clients.

It seems to get the Hololens 2 out into the world, Microsoft needed to essentially build its own display technology. Hololens' original incarnation was incredible to experience, but the field of view was immediately apparent: a tiny letterbox floating in front of you, which broke the immersion rather easily. 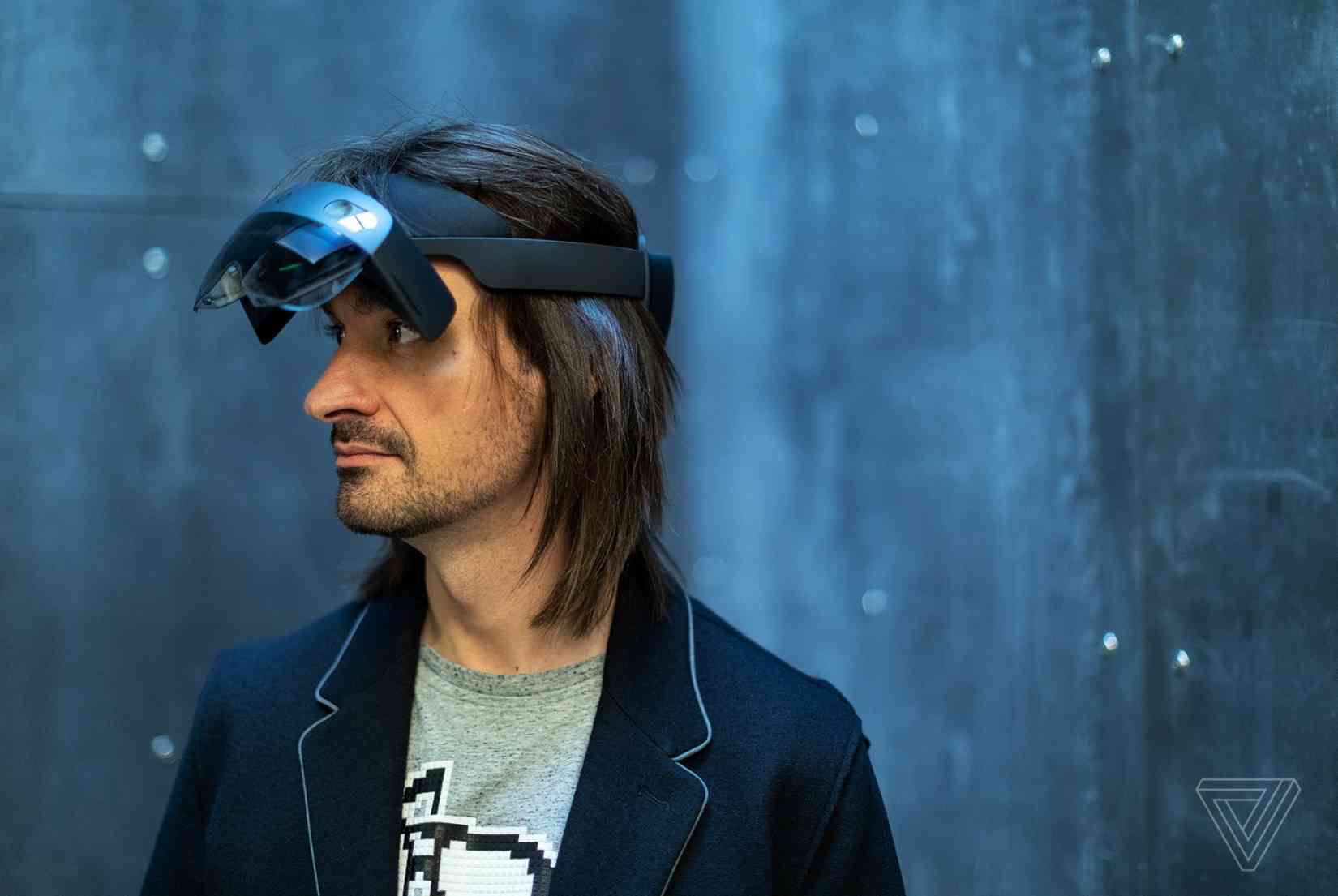 Hololens 2 uses laser-based technology to project the display onto 'waveguides' (a fancy name for special pieces of glass) which is brighter, higher-fidelity and doubles that 'letterbox' size in one move. But, the magic trick is that the display is automatically adjusted without fidgeting with your headset's fit first thanks to a bunch of cameras, which are also used for fancy new eye-tracking technology.

What might be the master stroke, however, is a tiny tweak: Hololens now flips open like a pair of industrial goggles, or those clip-on sunglasses you get at the gas station. That reduces the friction of jumping in and out of AR, without the need to take off the headset, and might be the part than makes AR stick for the long term. Putting it on and off for 20-minute bursts gets annoying, but this solves that problem.

A few last tidbits: Hololens 2 ditches Intel for an ARM processor, for battery and heat reasons, holograms can now be pinned to physical spaces in the real world and it now "understands space" through the use of cloud-connected Kinect technology.

It's an exciting product that you or I are unlikely to be touching anytime soon, but for once that might be a good thing: too many good ideas have been over-hyped by marketing only to launch with a fizzle — cough Magic Leap — so seeing patience, and finding a fit in the real world might be the smartest move Microsoft has ever made.

Hololens 2 is for companies. But, that might mean that when Hololens 3 arrives, it's made for you.

The SEC is going after Elon Musk (again) over misleading statements
Last year, Elon Musk came close to losing the ability to run his own companies over tweeting "funding secured" in an attempt to take Tesla private. He's shown fairly brazen disregard for the ruling, which saw him pay a fine and give up his position as Chairman of the board. Now, the SEC has asked a judge to hold him in contempt.

First "integrated" 5G chipset will arrive in 2020
Do not buy first-generation "5G" phones right now, because they're almost certain to be rubbish, given that the integrated chipsets aren't even here yet. Current phones with "5G" need a dedicated modem chipset, separate from the rest of the device, which means their batteries will last much shorter than traditional phones.

Good read: inside the Alexa-friendly version of Wikipedia, called WikiData