Observing what happened to China-based phone maker, Huawei started planning ahead, stockpiling huge amounts of processors, modems and other technology from US-based companies like Qualcomm and Intel. That way, when it faced supply-chain disruptions like the ban Trump imposed this week, it would be business-as-usual at first.

The planning even extended to software, according to a report by South China Morning Post, even going as far as building its own operating systems in secret that could be placed on future phones, in case it was restricted from licensing Android from Google or Windows from Microsoft.

Supposedly, the company would be able to survive for a year through a trade ban, giving it enough time to continue building its supply chain with other countries that are still on friendlier terms, like Europe. It's a broad bet, but one that shows the company expected this to happen sooner rather than later.

It's also interesting to see how misdirected the restrictions and fighting about Huawei's control over "5G" really is—when the company actually owns a majority of the world's undersea cables, which are an even more fundamental part of the internet's backbone. The Wall Street Journal reported that the company has laid ~90 new cables to build or replace undersea links, placing it in the top four submarine cable firms, just a few years after entering the business. 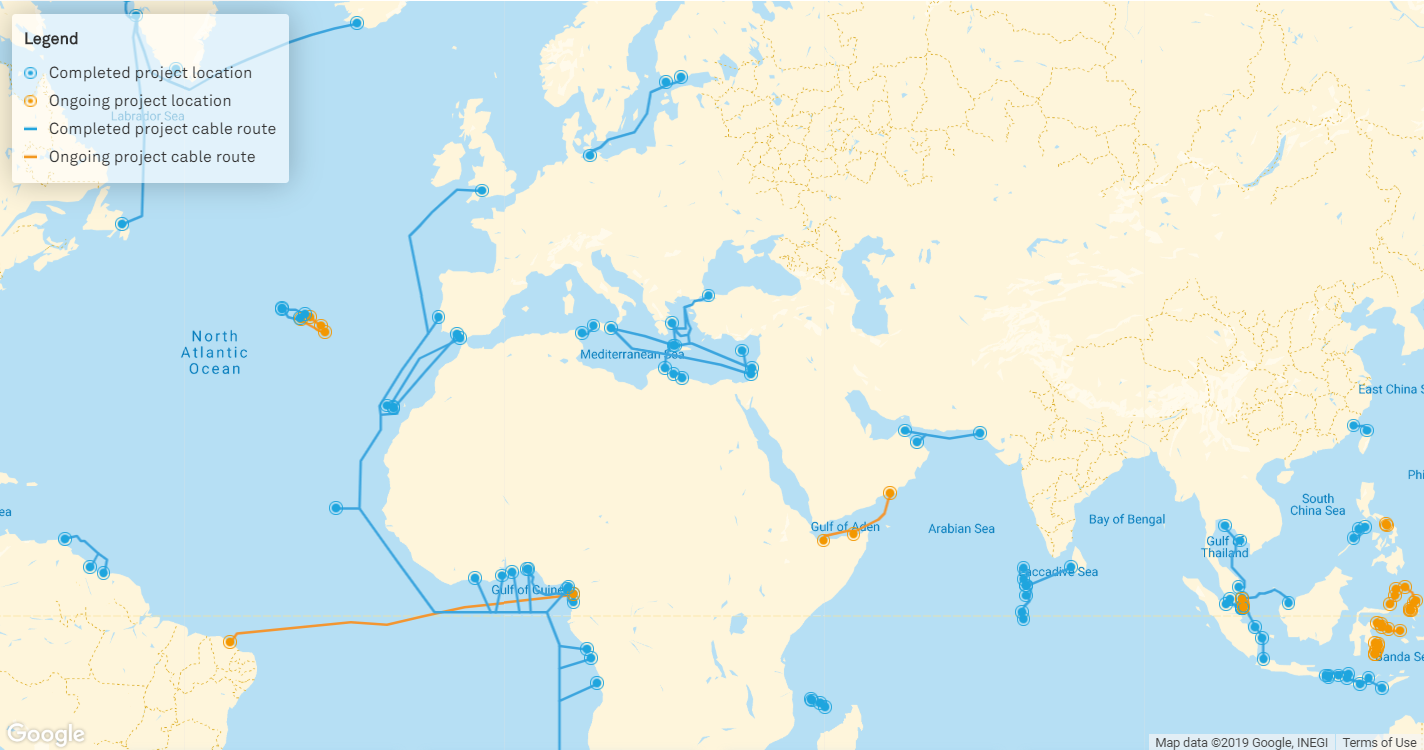 The U.S. and its allies have tried to block Huawei from doing many of these deals, but they're much more politically complicated deals that are hard to sink—almost every country needs more intercontinental capacity, and sometimes Huawei is the only one that offers a competitive deal.

The real question I keep coming back to is simple: is Huawei actually a threat? The answer is complicated, because it's not about the current state—there is zero evidence of spying today—but what it might be able to achieve in the future.

To be spying now and be caught would be too dangerous and would likely kill the company, but if it's embedded in every nook-and-cranny of the world's networks, from 5G to undersea cables, the worry is that if it were to begin spying on behalf of China there would be little that could be done about it.

But, the narrative around Huawei is a problem. China is no more of a threat than the U.S. ever was in telecommunications, and the latter has been shown to use a dominant position in the market to do the very thing it's afraid another country will do. In 2014, the Snowden leaks showed literal photos of how U.S. authorities intercepted Cisco networking hardware en route to customers to embed spying hardware and firmware, then carefully repacking it and sending the device on its way.

There are plenty of other examples of this from those leaks, including similar tampering with Western Digital, Seagate, Maxtor and Samsung hard drives, extending to modification of Dell, Juniper Networks and Huawei hardware over the years. It's easy to forget these things happened—so is China, and Huawei any more of a threat than what the NSA has been doing for decades?

The reason we're here today, I suspect, is that unlike China, the U.S. authorities' meddling with hardware is a known factor. This isn't about Huawei spying at all, but how American-based companies failed to board the 5G ship, and the countries' own insecurities and loss of power that steps from that.

For allies in Europe, Australia, New Zealand and everywhere else, the Huawei question appears to be coming down to a simple equation: is the enemy you know better than the one you don't?

Sony and Microsoft are teaming up on cloud gaming
It's hard to say what this is other than waffle, but it is interesting in the context of Microsoft competing with Xbox—Sony says it'll use the company's cloud services for its future 'cloud solutions' in game and content-streaming. Tremendously vague, but identifying Azure as the right place for this as Google gears up to launch its own service, Stadia, is a power play.

Pinterest's first earnings look rosy, even though investors aren't impressed
The company is on track to make revenue of $1B this year for the first time, and continues to grow—with a 22% increase in monthly-active users. For a social network, this isn't bad growth at all, and it's amazing to see the contrast to previous IPOs like Snap, which announced slowing growth in their first earnings.

Cheap freelance marketplace Fiverr to go public
It's incredible how terrible the numbers are in this IPO filing, but it's not surprising that a company that builds its reputation on being cheap—with $5 gigs—being expensive to run. It might have "50 million" transactions to date, but as Alex points out on Crunchbase, it's not a SaaS tool, and it's spending most of its cash on sales and marketing expenses.

Google "clarifies" Works with Nest shutdown, but doesn't really make it any better

Amazon will put £450m into Deliveroo, a popular meal delivery service in Europe

Stack Overflow says that it suffered a "breach" but no data was accessed and...provides no further details 🤔