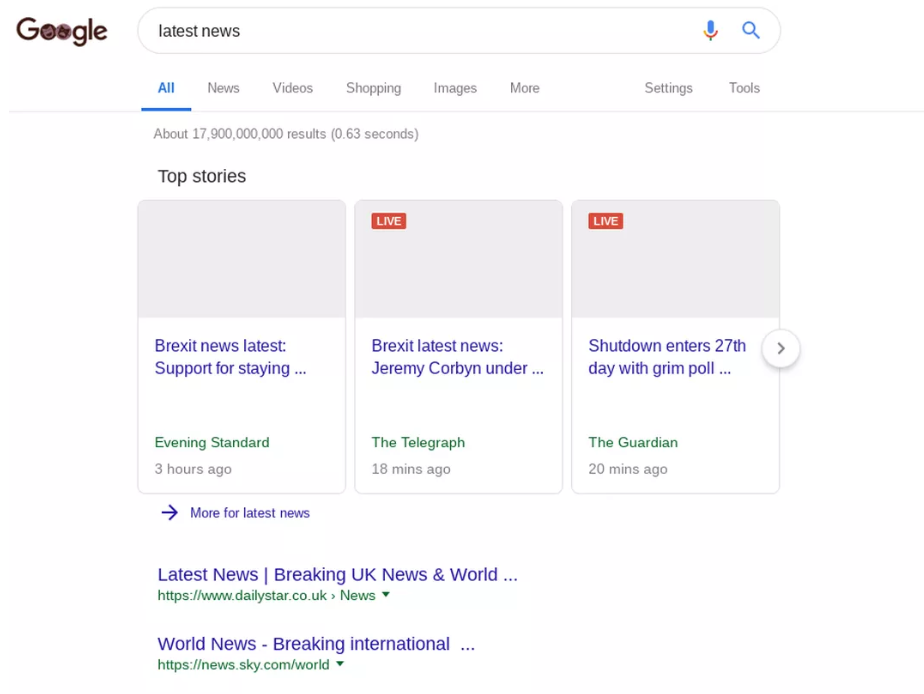 The European Union voted to implement messy 'Copyright Directive' changes yesterday without any meaningful changes—also known as article 11 and 13—a choice that will fragment the internet into three, disjointed versions of itself: the American internet, the European internet and the Chinese internet.

Millions of Europeans signed a petition to stop the laws being implemented, hundreds of thousands of people took to the streets to protest it, and Google even temporarily suspended embeds for News to prove a point about how it will make the internet experience worse overall for Europeans.

Article 11 and 13 are, in short, ridiculous laws that will redefine the modern internet and make 'starting up' here much less appealing.

The first, article 11 (also known as the 'link tax' law) requires websites to get a license for quite literally using any snippet from an article. This could affect anything from Slack link embeds to Google News—which would now be required to license and pay for those few sentences of text or face fines.

Not only is it impractical, it's a draconian law designed by publishers that don't understand the internet. If Google News weren't allowed to provide snippets to get the reader to consider clicking onward it'll probably just shut down, as has already happened in Spain where a previous law required similar payments.

What's crazy about article 11 is the definition is incredibly broad. It could affect anyone from bloggers to newsletter writers (sigh), or even YouTube creators, because the definition of snippet is so poorly defined that it could include headlines. It's primarily driven forward by large, old publishers that don't like the modern web: it levels the playing field too much for startups and new entrants.

The law in Spain was a great demonstration of how negative this can be for publishers. In a report published by the European Union in 2016, it found that aggregators shutting down "clearly had a negative impact on visibility and access to information in Spain." Other data clearly showed a stark drop in traffic almost overnight.

Article 13 is perhaps even scarier, requiring all "platforms" to filter contributions at scale, before they're publicly put onto the site, with automated software and other techniques that should remove them immediately.

Not only is this an implementation of mass surveillance, there's no software that's actually capable of doing this reliably. YouTube, when trying to detect a single video of the Christchurch attacks with automated software, caught hundreds of thousands of unrelated videos in its net—and admitted the technology is incredibly prone to error.

These laws have now passed what amounts to the final big hurdle in their journey, with little that can stop their final implementation. The text must be approved by the majority of member states, but this is almost certain to go through without problem.

The EFF says that in the near term it "[expects] media and rightsholders to lobby for the most draconian possible national laws, then promptly march to the courts to extract fines whenever anyone online wanders over its fuzzy lines." There are some ideas about a final push for change, but it's difficult to walk this back now.

All of this brings us back to the idea of three distinct 'internet' worlds in the future. It's clear that while the European Union led the way with GDPR last year, it already started to show cracks of breaking off from the 'core' internet: many sites blocked EU visitors entirely after the law went into force. These changes could see platforms like YouTube—or certainly upstarts competing with it—ban European access entirely, to avoid getting embroiled in laws that could result in hefty fines for the most innocent of link-backs.

Until now, Europe essentially acted as the internet's check on the giants of technology: GDPR showed that it had user interests in mind and wanted to protect them from the increasingly brazen treatment of their data.

This new law, however, protects nobody except those with existing money and power, leaving the minority of creators on the internet left with a choice: do I bother making and sharing content when I could be punished? Will I even be able to share this content? What fines could I face for linking to a newspaper? Nobody knows—even the giants—and the easiest answer is that creators will suffer by either avoiding creating in the first place, or finding themselves blocked by the platforms.

Hollywood had questions. Apple didn't answer them.
Apple hosted Hollywood moguls at glamorous events the press were not attending, and had them sit in the crowd with employees, but gave them few answers to their big questions about how this isn't new gloss on old tricks—and that the shows are ideas, not realities yet.

AMP on Email actually isn't dead, and it's now available in Gmail
Lots of controversy over this new standard, which allows interactivity in emails for the first time, but I'm actually excited. The email standard is frozen in time—to even create a template is like getting into a time portal to 2001—and this might actually allow innovation again.

Developers are excited—but nervous—about Apple's Arcade subscription
The big questions? Will Apple block developers to only their platform for a long time? One indie developer said that they're cautiously excited, but that “I truly hope games funded by Apple Arcade will be able to go to other places after a short amount of time so that developers don’t shoot themselves in the foot with a quick Apple Arcade cash grab.”

Samsung warns that it's going to miss earnings because there's significantly weaker demand for its chipsets and LCD screens
Fewer people than ever are upgrading their phones, and this is the big warning light going off before the wider smartphone industry starts slumping dramatically.