The make or break moment for VR

I was one of the early adopters of virtual reality, despite the limitations. I owned an Oculus DK2, and eagerly purchased the HTC Vive when it was released, but my headset now sits gathering dust.

The promise of the technology was good, with immersive VR that truly sucks you in, with some compelling content to boot. But, as always, the reality was not quite so rosy: cables everywhere, and an excruciating setup process every time I wanted to play that involved dragging my desktop PC into another room.

Oculus' next headset fixes this, and it might just be the iPhone moment that pushes the industry forward for the first time in years. Oculus Quest, formerly known as 'Santa Cruz' is a fully wireless VR headset, no PC required.

By squishing everything required to play into a single device, Oculus is hoping to reignite an industry that largely fizzled out after the hype died down. For game developers, it's an opportunity to define the killer app for a new platform.

I'm on the fence about whether or not virtual reality will be interesting enough for the mainstream in the short term, even with this headset's debut.

The problems with VR go beyond just technical limitations, and are largely social: you have to stand in the middle of a room, alone, experiencing something that others can't do with you. Sure, it whisks you away into a rich, compelling environment, but it's a solo adventure. 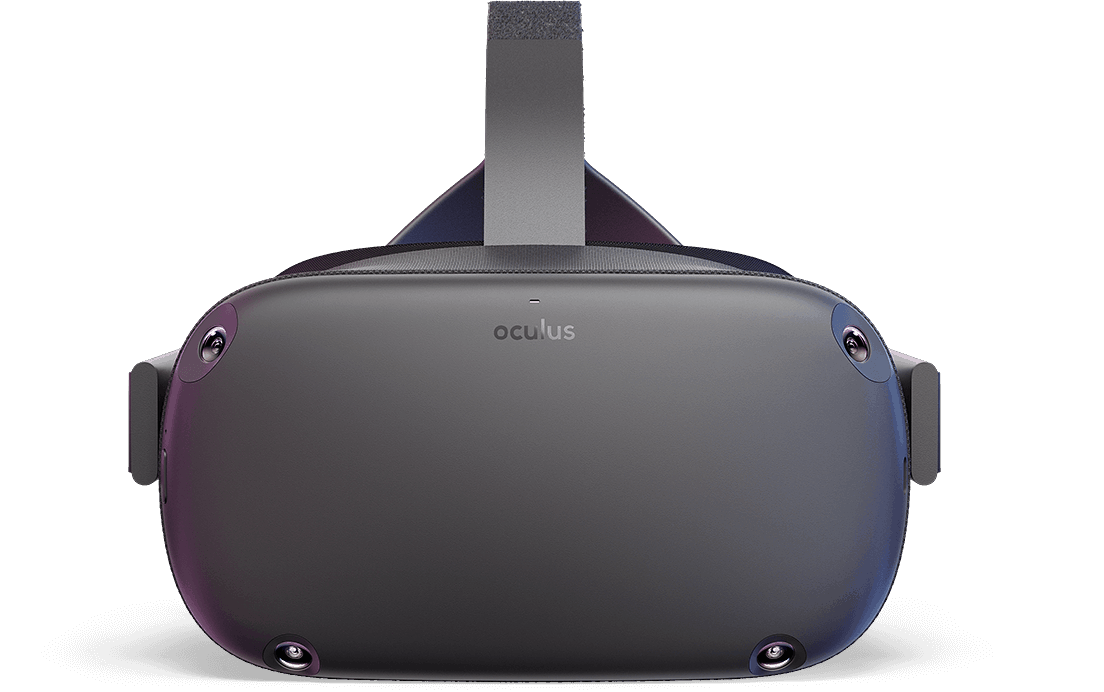 Magic Leap, and the Augmented Reality industry, get around that because you're experiencing them in your own environment. They have their own challenges -- namely that you look like a dork -- that come into play when you wear them, but it's an easier sell.

The key to making VR stick might not depend on these issues, however. By reducing the friction to zero, and making the headset instant-on, with zero drivers or configuration, it might be enough to make it stick. If you can throw on your headset, and be somewhere else in under ten seconds, that would change everything.

Oculus Quest seems to be that device on paper. For $399, you get an end-to-end device, no PC required. Unfortunately, it doesn't ship until Spring 2019, and there's a big question mark around the battery life — Oculus refuses to answer questions about how long it'll go between charges.

The make or break factor will be whether or not it's truly frictionless, and if the content is there to make it worth having. VR still has no killer app, despite being around in earnest for a few years. That's a problem, despite all the money Oculus has thrown at content.

Stripe is now casually worth $20 billion

Yesterday, Stripe closed a $245 million funding round, making it worth a solid $20 billion. I'd forgotten this company isn't even public yet, but it's essentially the equivalent of a money printing machine at this point.

Stripe is a fascinating gem in the startup world: it's still shipping impressive products on a regular basis, despite being more than few years into being a large organization.

Looking at the modern payments landscape is interesting in this context. Adyen, the company's biggest competitor, went public in June 2018 with a billion-dollar IPO. Adyen has very different APIs, and some of the world's largest customers like Apple onboard, but it's one of the old guards of the payments world, making Stripe's new valuation all the more interesting.

What makes Stripe different is that it overwhelmingly owns developer market share, and has diversified quickly. It now has a card issuing API, programmable point of sale, a drop-in billing product and more -- but developers actually like using it, and that matters.

Developers are a great strategy for selling into the stack at every point of the technology journey. Sell them on using something, maybe even delight them with an API (a difficult challenge), and they'll be loyal marketers on your behalf for a long time.

Stripe faces a lot of hard challenges in the future, particularly as it scales to more countries and Europe's regulation landscape gets more difficult to navigate.

Despite this, the company has shown a propensity to ship, and I'm optimistic that when the time comes to go public, it'll be one of the most impressive IPOs in history. Payments is a great business model after all!

The Facebook-WhatsApp drama continues
After yesterday's Forbes exclusive with the WhatsApp co-founder, the drama went up a notch with Facebook Messenger's David Marcus posting a personal message disputing many of the claims.

My favorite part is the final paragraph, in which he says "Facebook is truly the only company that’s singularly about people" not selling them, which is ironic, given their only business model is advertising.

Android at 10: the world's biggest platform
It's easy to forget that Android is the world's biggest computing platform when all anyone talks about is the iPhone, but it recently surpassed even Windows as the most used operating system. This is a great long read about Android, ten years in, and where to from here.

Apple news is giving the media everything it wants, except money
When will everyone stop making these platform mistakes?