Strava's heatmaps give away secret US army bases 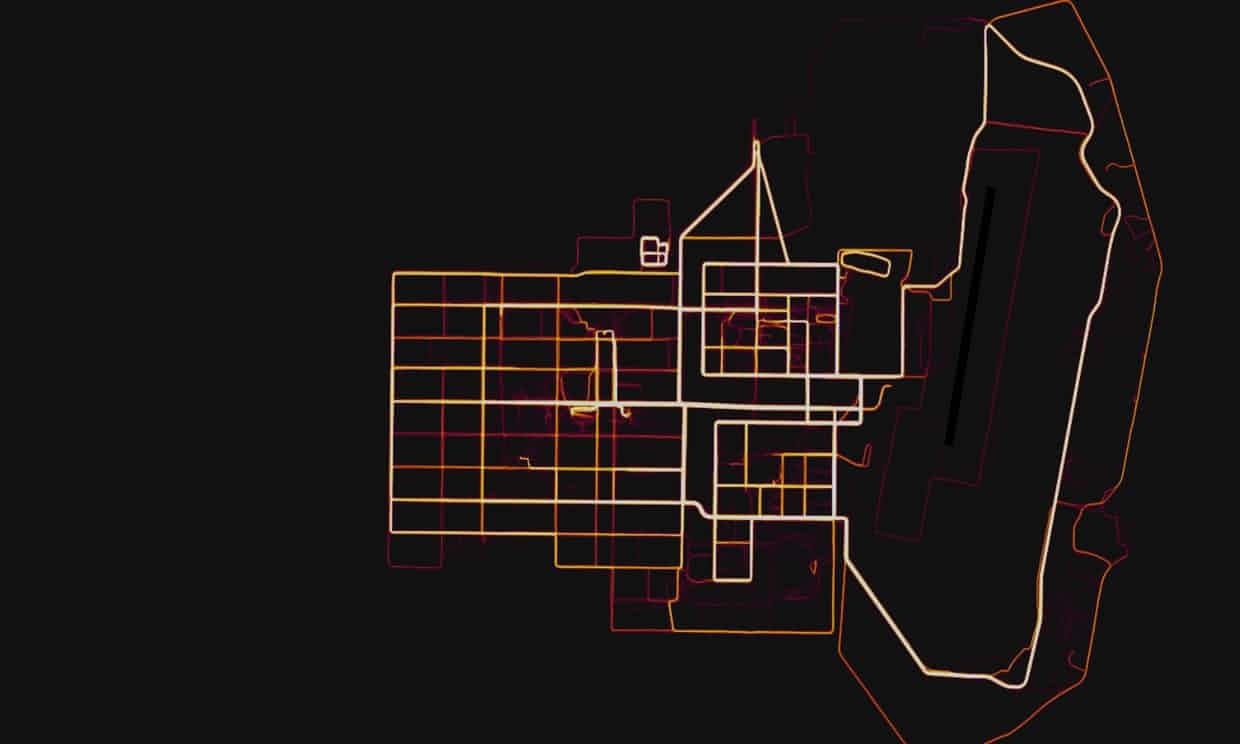 In November 2017, Strava released an innocent, if impressive feature: heatmaps of how people move in different locations around the world. Unfortunately, it has a side effect: a lot of people don't know they're sharing data, and it's providing great detailed maps of US military bases.

It really reads like a Black Mirror episode: US military bases are being outed by people wearing Fitbits and exercising, perhaps worst of all, unknowingly for months. The Guardian reported even a preliminary browse showing detailed maps of Afghanistan bases and even Area 51.

At first I figured this was a dumb report, coming long after the feature was shipped, but then this WIRED piece dropped this morning: the data can easily be deanonymized via Strava's API:

"By making a quick request of Strava's API, it's possible to de-anonymise the company's data and show exactly who was exercising inside the walls of some of the world's most top-secret facilities. Once someone makes a data request for a specific geographic location – a nuclear weapons facility, for example – it's possible to view the names, running speeds, running routes and heart rates of anyone who shared their fitness data within that area."

Oh. It's a very interesting lesson in operational security, and how modern technology can cause problems for even the military as people bring personal smartphones into bases (or lax IT rules mean they just install it on military devices).

Most of all, this had me scratching my head: are military personnel really allowed to use GPS-equipped devices while actively serving? The answer, apparently, is absolutely not but it appears it's happening anyway.

Strava, for its part has responded with ¯\_(ツ)_/¯ to the entire thing, telling people they should probably turn their GPS off in secretive places — and I don't disagree, even if a company like Strava is in the data collection business and probably should make its users more aware of the fact that it's opt-out.

There's a fantastic piece of reading on The Verge this week about how machine learning, and other developments, are pushing surveillance forward in unexpected ways:

“Let’s say there’s a robbery and you don’t really know what happened,” says Sailor. “But there was a Jeep Wrangler speeding east afterward. So we go in, we search for ‘Jeep Wrangler,’ and there it is.” On-screen, clips begin to populate the feed, showing different Jeep Wranglers gliding past.

Indeed, the government basically has unlocked the panopticon, or the ability to spy on everyone, all the time, with a newfound ability to search every video ever. It's an interesting future, because innovations by companies like Nest, Amazon, and others, are driving costs down dramatically — but surveillance is benefiting as a whole.

I just wanted to include this piece not only because it's fascinating, but also an interesting look at how these fun technologies behind the magic ability to search Google Photos for any object, anywhere, are also being used as a method of policing.

What if the US built a nationalized 5G network?
All I'm saying is New Zealand did this, then sold the over-the-top bandwidth to the carriers — and it worked out great, with most people getting fibre to the home for free. Anyway, the suggestion did not go down well in the US.

Facebook says more local news will come to your feed
OK, so after saying we'd get less news and more personal stuff in our feeds, now we're getting more local news. I... don't think this will solve anything — most of the 'local' outfits already succumb to clickbait, so this will be fun, but I'm open to the idea.

How Apple built a chip powerhouse
Great read about how Apple got great at building its own silicon, and why Intel should be scared. An ARM-based Mac is inevitable, in my mind — and it's slowly happening. Buried in here is a tidbit that three new models of Mac should be released in 2018.