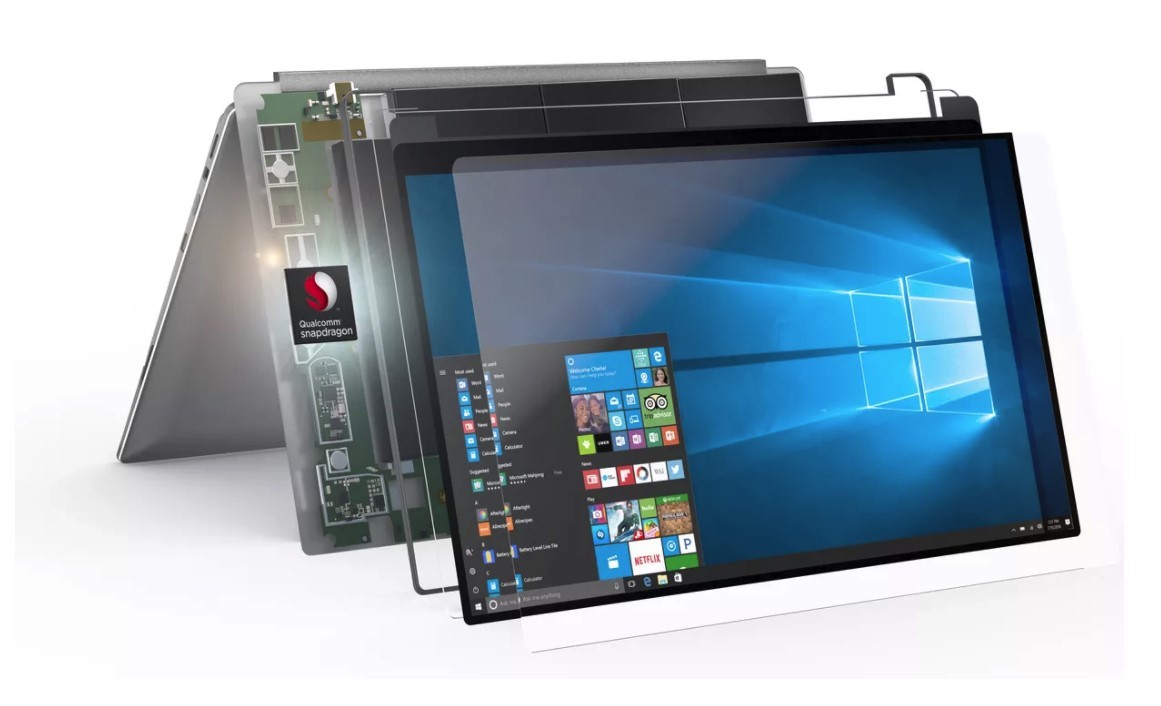 Over the past few years Microsoft has tried and failed to bring "modern" architectures to the PC. Windows RT was its first efforts to get Windows running on ARM and it quickly fell on the 'dead' pile because it was unable to run anything except Microsoft's new 'Metro' apps.

Turns out, consumers weren't tempted by a company that was yet to convince most developers to build for its platform and the devices were confusing because they contained Windows' desktop mode but couldn't actually run most apps in desktop mode. Ultimately, these devices were mothballed.

Microsoft's ready for another go at it, but properly this time, with the announcement of Windows on ARM and this is a serious step forward for the platform: these computers are always on, always connected to LTE and can run almost any Windows app.

I was going to write this article with the header "Microsoft invents an iPad" originally but decided against it, because while it's amusing how late Microsoft is to the party this is a big step forward. If you're able to run full Windows, Photoshop and all, on a machine that gets 22+ hour battery life... while being connected to LTE, that's a game changer.

I've always wondered why more machines didn't have LTE modems in them. Manufacturers argue that switching on your phone's hotspot is easier, but I disagree: there's a particular magic in opening up a laptop and bam you have internet -- but it's been near impossible to find decent machines that can do this (until Microsoft's recent Surface shipped).

That limitation is likely down to Intel and battery life. If you put an LTE modem in an existing laptop, you'd likely get an hour of battery life.

This new category of PC may actually do something great for Microsoft if it's as good as the company says. The announcement surprised me with the lack of gotchas: ARM devices can run all Windows 32-bit apps, and support for 64-bit is on the horizon, but what I'm most curious about is performance: is running Photoshop in an emulator usable on a daily basis? If it is, this could be a game changer.

All of these devices are built on top of Qualcomm's Snapdragon processor and there is an array of devices at launch.

This could be a serious threat to Intel's processor business if it took off, and could hold a massive opportunity for Windows' platform, which is slowly maturing: the modern app store is filled with first-party apps (there's even a Messenger native app, surprising even me), and if consumers can buy a tablet that can do everything from their old PC as well as the new, touch-flavored stuff, that's a pretty compelling sell.

Why this matters: Creating a new product category is difficult, and the notebook PC industry is pretty eager on finding a new thing to sell to people -- it'll be interesting to see if people actually buy these things.

Bullshit platform wars are back

Google and Amazon are fighting a bitter platform war and it's only hurting you. YouTube pulled its app from Amazon's products yesterday, including FireTV and Echo Show, because Amazon refuses to sell Google's competing products on its website.

Yes, Amazon will not sell Google Home, Chromecast and now even Nest on its website presumably because it's busy hocking its Echo products instead and it owns the platform. 🤷‍♀️

I don't miss these rubbish platform wars, which remind me of years ago when Instagram pulled support for images loading on Twitter to amp up user engagement (it's still not supported). Consumers always lose, and in this case, YouTube is a big loss on streaming devices.

Will Amazon flinch? Probably not. There's Netflix, Prime Video and other apps and if you ask Alexa for a Chromecast the company will still try and sell you a Fire TV stick.

Technology giants duking it out like this is a bummer for all of us, particularly if you're already invested in one side's walled garden, as it punishes you for betting on that company.

For new members, this section is a brief look at the tabs I've got open on my PC from yesterday and the ones I found interesting. 💌

There's a $814 million mystery at the heart of Bitcoin
A virtual coin called Tether blew up on Bitcoin in the past, raising $814 million, but now questions are swirling about whether it's real or not. A wild story from Bloomberg, particularly because this company claims it's backed by real currency but users can't get it out. Warning: the above link has an autoplay video 🙄.

Instagram's new stories highlights helps with discovery
While Snapchat is busy rearranging chairs on a sinking ship and updating its design, Instagram is busy innovating on the format. Stories highlights are a new public format that surface interesting stories from around the world and there's now a way to save your own stories to your profile -- it's incredible just how quickly the team is accelerating here.

The new defense: an algorithm made me do it
Eugh, this makes me feel gross, but this is an interesting story about how algorithms are affecting everyday life and how kids can now blame the computer for 'making' them do it.