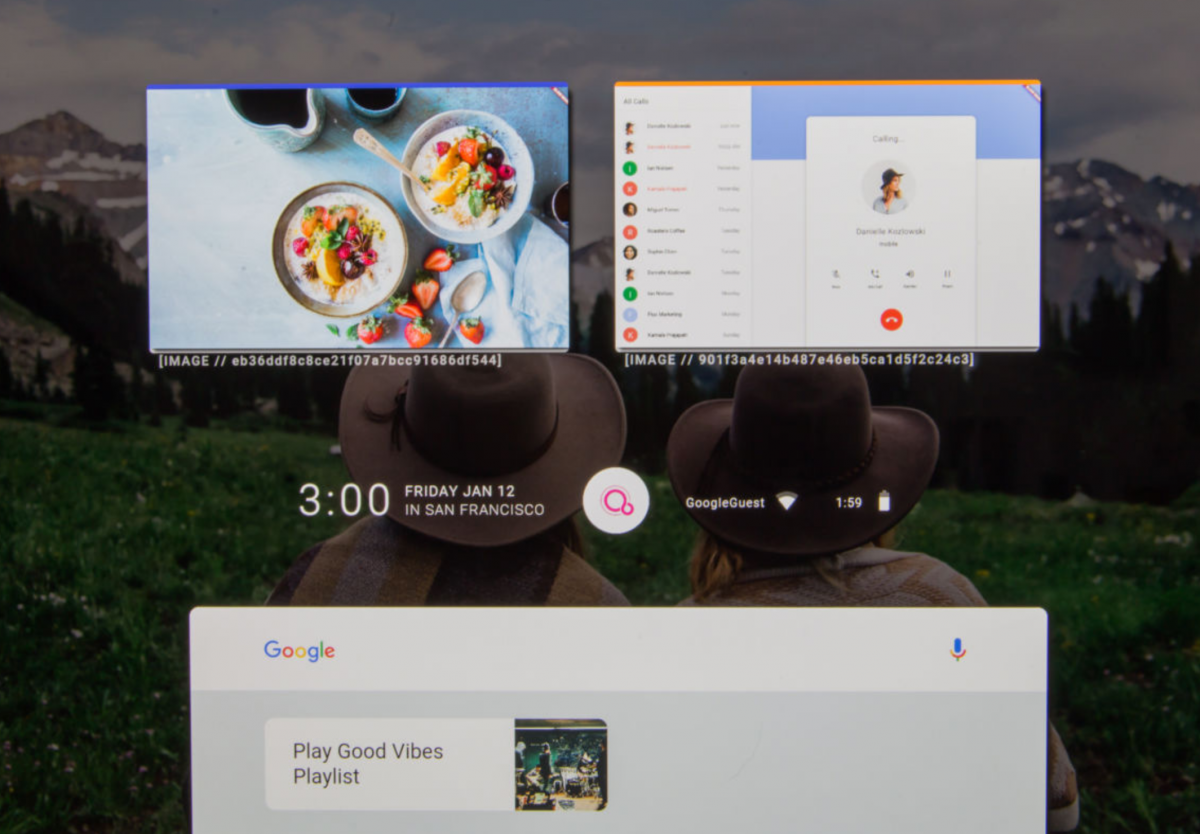 If anyone suggested building a brand new operating system from the ground up, without being based on existing principles like the pervasive Linux kernel, they'd usually be called crazy. At Google, not so much.

Bloomberg reported of a secretive internal project called Fuchsia yesterday, which is a project to reimagine operating systems for the modern, connected age. Fuchsia is an effort designed to span across smartphones, watches, desktop computers and even smart speakers, with modern programming principles in mind.

We've seen peeks at Fuchsia, which is available as an open source project with little in the way of documentation, in the past. Today, we can only tell that it's an experimental project with a jerry rigged interface on top, but tidbits tell us where this might go.

With a team of almost 100 working on it, Fuchsia appears to be intended to unify Google's disparate operating systems under a single codebase. With Chrome OS for laptops, completely separate from Android for mobile devices, it's obvious that a shared codebase would help Google move faster.

The operating system shifts entirely away from Linux, which has been at the core of millions of devices (including Android) for almost three decades. Moving away from Linux-based systems to something entirely self-created would also solve that pesky lawsuit problem that Google has faced over the years.

Fuchsia is interesting because it's a 'capability based' operating system, meaning it uses extensive security models that require the correct access keys to perform a task. To perform any task, the requestor must prove it's allowed to do so using a private key from the user, a technology that has already caused rifts within Google due to how such encryption might interfere with the ad-based business model.

The reason we're hearing about this now, I've heard, is that Google has started discussing the project openly internally even though it's existed in some form for three years, surprising some Google employees who had no idea it existed.

It seems absurd to build an operating system from scratch in 2018, but I'd posit the opposite: it would be crazy not to. We're basing modern systems on three-decade old assumptions, and as we've shifted to a multi-device world with the smartphone at the heart, it would be crazy if people weren't building everything from scratch.

Stay tuned, as it's likely a while away from the real world given rumors point to a goal of using the platform on connected devices "within three years" before working up the stack to laptops, and eventually, a goal of replacing Android.

Microsoft shatters its own earnings targets
It's impressive how well Microsoft has turned itself around; the Surface device business is now a billion-dollar part of the company, cloud is growing and Microsoft drove its overall net income up 35 percent.

Impressive turnaround from a company that relied so heavily on licensing revenue for decades and willingly backed away from those fees with Windows 10.

Amazon 'scrambled for hardware' as Prime Day took down servers
Even the world's biggest cloud provider wasn't ready for its own shopping holiday, with this crazy report from internal documents:

The e-commerce giant also had to add servers manually to meet the traffic demand, indicating its auto-scaling feature may have failed to work properly leading up to the crash, according to external experts who reviewed the documents. “Currently out of capacity for scaling,” one of the updates said about the status of Amazon’s servers, roughly an hour after Prime Day’s launch. “Looking at scavenging hardware.”