Tracking any phone in the US isn't that hard

A wild new report from Motherboard that hasn't gotten enough attention today: it found that it was beyond trivial to obtain location data of any mobile device in America.

The investigation paid a 'bounty hunter' $300 to track a phone based on just the phone number and nothing else... in a matter of days the deed was done and they had the location down to just a few hundred meters:

Whereas it’s common knowledge that law enforcement agencies can track phones with a warrant to service providers, IMSI catchers, or until recently via other companies that sell location data such as one called Securus, at least one company, called Microbilt, is selling phone geolocation services with little oversight to a spread of different private industries, ranging from car salesmen and property managers to bail bondsmen and bounty hunters.

This practice is widespread in America because telecommunications companies from AT&T to T-Mobile are allowed to sell location data to third-parties. In Europe, regulation prevents this data flowing freely to third parties, and in places like Germany, carriers aren't even allowed to store the data for long.

What's alarming is that the location data was so easy to come by: $300 is not a large sum of money for this kind of data, and while the companies involved in handing it off say it was a violation of their policies, there's no way to easily police this at scale given how commoditized it is. 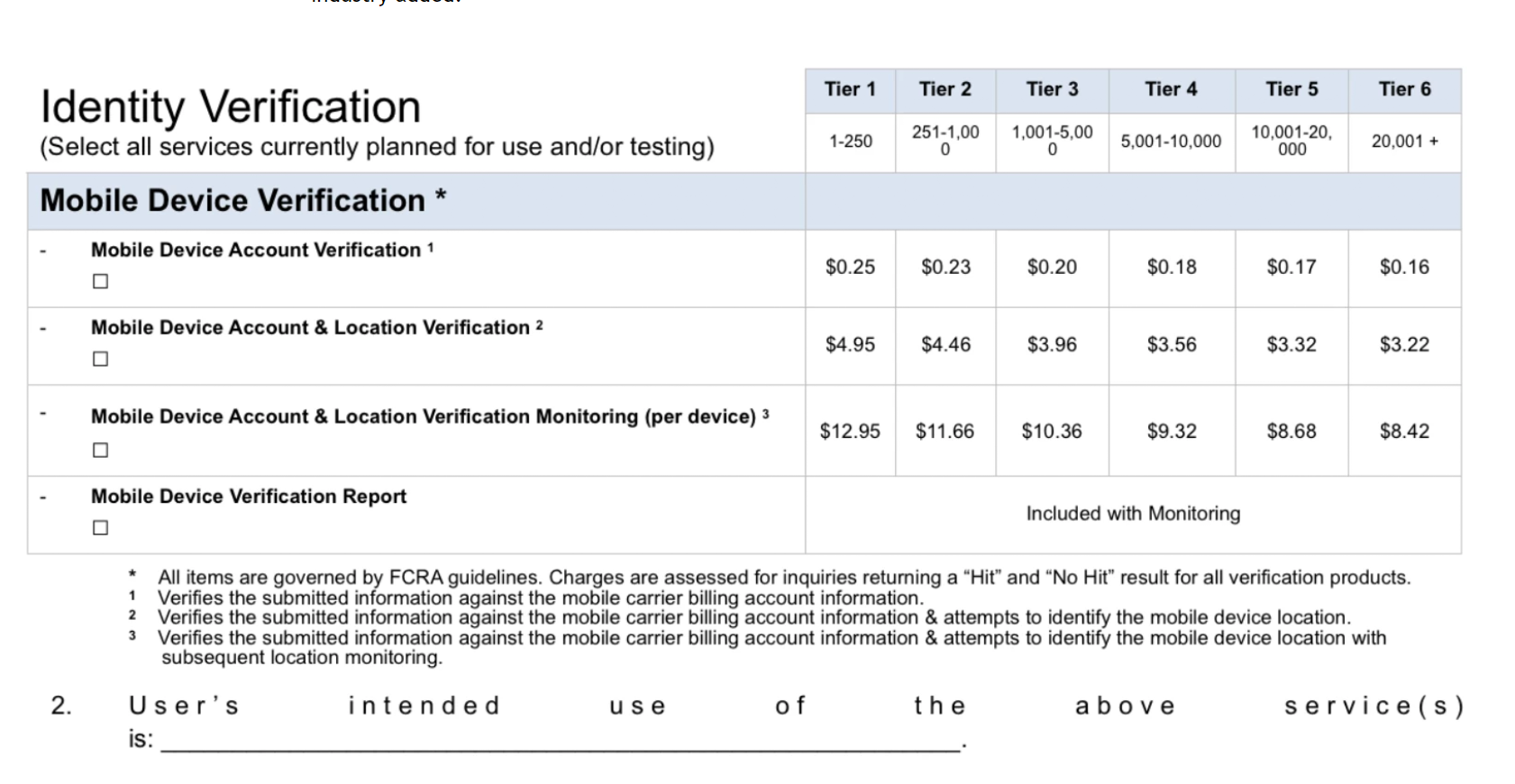 Microbilt, one of the companies that has access to location data, even offers real-time data for as little as $12.95 — if you're in the right industry, such as a bail bondsman, but they won't check beyond that.

The whole story is an absolute mess that would feel outrageous by any other measure, but I personally felt a pang of oh well, which concerned me: I've become so accustomed to breaches of privacy like this that they're not surprising at all. We should instead be getting out pitchforks, but location tracking is something that's so hard to put a tangible value on, so we ignore it.

None of this is really new, but what is big here is that it's trivial to track any U.S. based device, and you better bet even the technology giants are buying this data. If you want to avoid it, the only route is to disable location services entirely, rendering mapping on your phone useless.

The next frontier for the privacy debate is going to be this invisible data tracking that goes on behind the scenes with mobile networks, software development kits and so on, where companies hide behind the 'terms of service' and 'user control' while omitting that these are basic, unavoidable phone features.

In the meantime, the only way out of this mess is regulation. The carriers are making big money selling this data, so why would they otherwise stop?

Google doubles down on Assistant 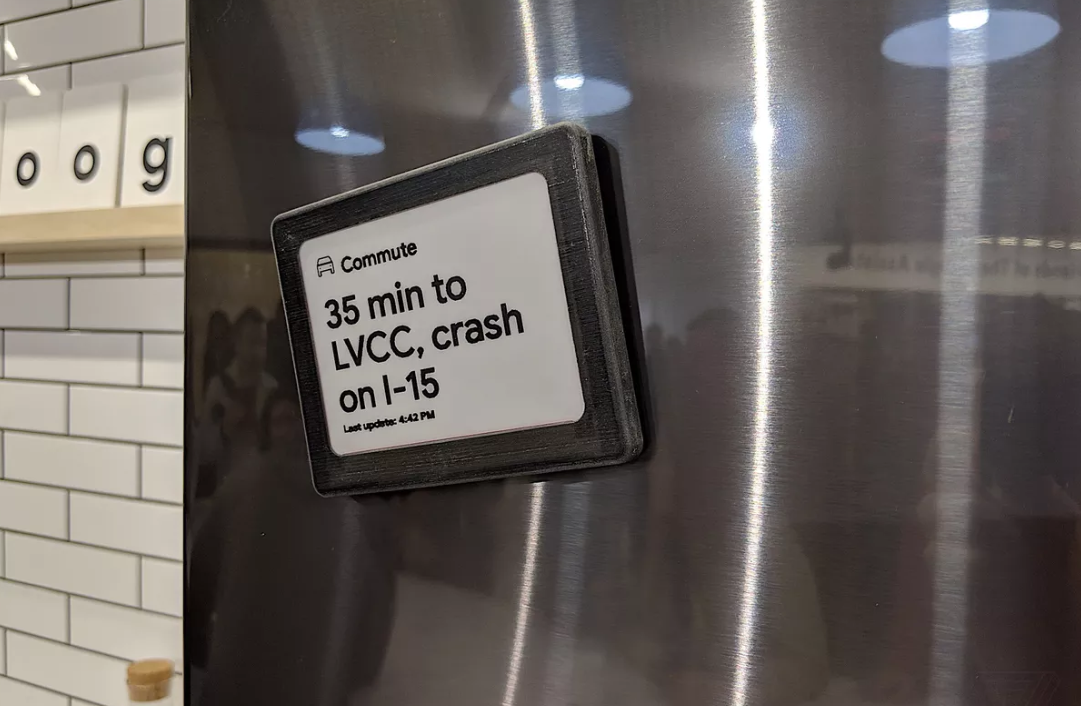 There's a slew of new Google Assistant news at CES as the 'smart home' battleground begins to unfold, but the most interesting one is a hint at the company's bigger ambitions with a platform play.

Google Assistant Connect is the ecosystem play for Google's home products, but what makes it interesting is that the company is working on its own weird ideas to expand the ecosystem already... they're building tiny, magnetic, low-powered e-ink displays and I want them.

Essentially, Google wants to build ink-based displays you can scatter around your house to show the weather, your commute, or whatever else. The beauty of e-ink is that it blends in far easier than a display, and without a backlight doesn't blind you at night.

The idea is simple: these are dumb displays, controlled by the Assistant at its core, which simply display information beamed to them with Google actions. I so desperately want these, but it appears they're only early prototypes designed to spark a conversation until they're productized later.

This is one of the more inspiring smart home plays I've seen because it removes the 'computer' element from the equation. Somehow, an ink-based display feels less like you're dealing with a computer and more like a static device, which may appeal to a wider audience as well.

We'll hear more about these ambitions, which are fairly vague, at the company's developer conference later this year, but it shows decent promise. On top of this, Google announced all sorts of weird including:

Phew, that probably wasn't even all of it, but it's clear that Google is all-out focused on making Assistant compelling for every use case it can think up, while the craze is ultra-hot, and it's moving quick.

Mark Zuckerberg's 2019 challenge: hold public discussions about technology's role in society
I really am not excited about this at all, but it'll be interesting to see how these pan out, particularly given Facebook isn't on the 'good' side of the public opinion court right now.

Samsung misses on earnings as the slowdown continues
A double-whammy for Samsung which both makes smartphones and the chips that go inside them: it missed on earnings massively, citing slumping sales across the board from smartphones, servers and PCs (Warning: the link above has autoplay video, ugh).

Twitter says it will begin testing features that it said it would begin experimenting with before, instead of actually just testing them

WeWork just got a visit from financial reality