Today, Zuckerberg is scheduled to face Senate for the first time - an act Facebook has been actively avoiding for years in order to stay away from images of the CEO (like those of the Microsoft depositions) that could haunt in the media for years to come.

Congress has already released Zuckerberg's prepared speech, and it's a read worth making the effort for:

But it’s clear now that we didn’t do enough to prevent these tools from being used for harm as well. That goes for fake news, foreign interference in elections, and hate speech, as well as developers and data privacy. We didn’t take a broad enough view of our responsibility, and that was a big mistake. It was my mistake, and I’m sorry. I started Facebook, I run it, and I’m responsible for what happens here.

Not only is this the most clear apology we've gotten from Zuckerberg, it's the first time he's really owned the problem out loud. At the end of all of this, he's the CEO, and failed to take sufficient ownership of investing in better controls – but it's almost like he's just realizing this.

Starting tonight with Senate and tomorrow with Congress, Zuckerberg must convince governors that Facebook does more good than harm in the world and much of his speech focuses in on that topic:

I started Facebook when I was in college. We’ve come a long way since then. We now serve more than 2 billion people around the world, and every day, people use our services to stay connected with the people that matter to them most. I believe deeply in what we’re doing. And when we address these challenges, I know we’ll look back and view helping people connect and giving more people a voice as a positive force in the world

Much of the media in recent days has focused on can Zuckerberg, the awkward nerdy guy, handle this? But, as Kara Swisher points out, he absolutely can, and insinuating otherwise is dangerous:

"Mark is now an adult man with two children and a longtime partner, took his company public and now runs what is now one of the most powerful companies in tech and is one of the richest people on the planet."

All of this boils down to: Zuckerberg messed up, and they're in deep now, so it's time to face the music. What remains to be seen is how heavy handed Congress is, given that the U.S. has been a particularly friendly climate in regards to antitrust over the last few decades.

If you would like to watch the hearing live, you can! I will be, and I'll be posting in the community as it unfolds. Join us in this thread, where you'll find links to the live stream which kicks off at 10AM PT.

I'll post a recap in the newsletter tomorrow, of course, and a second event is planned for Wednesday when Zuckerberg will face Congress as well. 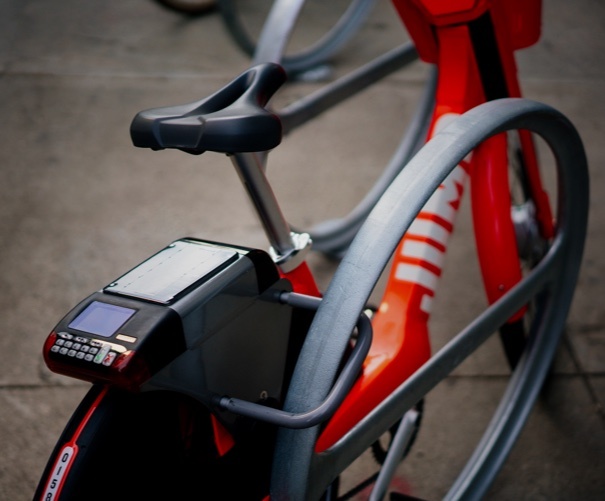 Remember maybe two months ago when Uber first put JUMP bike-sharing into its core app in San Francisco? Now it's acquiring the company.

It's one hell of a great acquisition, for $200M for a bunch of reasons, first of which being that JUMP has exclusive technology that actually makes it a stand-out up against the Chinese dockless bike-sharing schemes.

A ton of people were frustrated online by the move to acquire JUMP because it implied that they are one of the many messy dockless schemes clogging up cities around the world, but the company's platform works a little differently: it actually gives a shit.

Dockless bike sharing companies like Mobike, Limebike and so on all basically bet on ultra cheap, disposable bikes. The systems they use are simple as a result, and don't feature location tracking or other data, instead just saving their location when last locked using your phone's GPS - that's it.

The entire business model of these companies relies on those bikes being essentially disposable. Dump them in the city, earn money until the bikes die, then dump some more. That's it.

JUMP, however, manages its fleet of bikes actively and has a computer on the back of the bike that allows it to communicate outside of just your phone. JUMP knows where the bikes are all the time, and actively moves them around in collaboration with the city. In other words, JUMP is the only friendly player I actually know of.

The bikes are also able to be used without a phone, which is a key difference. Each JUMP bike features a calculator-looking device on the back, with an integrated lock for securing it, getting rid of the need for an internet connection to access it.

Comparing JUMP to these other bike shares is essentially an unfair fight. JUMP is on the right side of local governments, and has made huge efforts to ensure they aren't just littering in a city.

Uber seems like a great, natural fit for this because it signals a new direction: making different modes of transport widely available, not just cars. Uber gets the data it needs to understand the flow of a city, and JUMP can provide a different set of wheels for those who want them.

Instagram tests 'Nametags' which look familiar
Is nothing sacred? Instagram is now, erm, innovating on Snap's QR codes which made it super easy to friend people on the service.

PayPal plans to be a bit more like a bank
Debit cards, checks and even accounts are coming soon. I personally think PayPal is one of the worst companies in the payments industry, but hey, people seem to love it and this is a move that is suprisingly late in the play for the company.