I always find following earnings reports for the big companies to be something of a snoozefest — giant company made a bunch of money — but following Apple is generally a little more interesting because it's a rare peek under the hood.

This quarter's earnings were interesting indeed, because they're just a totally mixed bag. The iPhone, for example, continues to be a cash cow, and that division's revenue grew 20 percent year-over-year based on a one percent increase in sales. That's an impressive metric, which is largely a success driven by Apple's push to increase revenue-per-unit with the iPhone X. 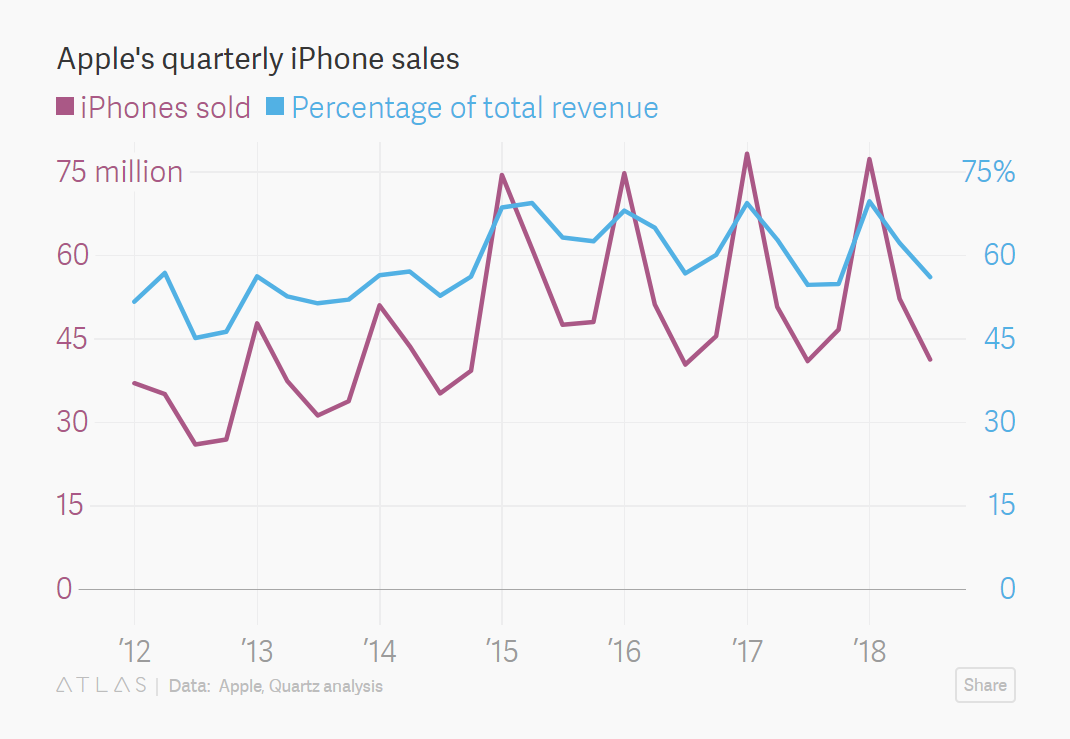 We've discussed peak smartphone in the past, and this is a master stroke as sales begin to slow. Even if the iPhone doesn't sell as fast, it'll earn more, and we can see that effect in action in Quartz's chart above.

More interesting, however, is news that the Mac is not doing quite as well. It's at its lowest sales since 2010, and fell more than 13 percent over the same period last year. It's unclear if that's due to Apple's struggles with reliability or that it shipped a refresh later this year, but it's not surprising that Mac sales would fall, like the wider PC industry.

Time will tell with the Mac story, but with the company's persistent overtures to pro users, but failing to deliver in results despite a 2017 release isn't a good sign that the newer models, which were released in July, will result in much movement. 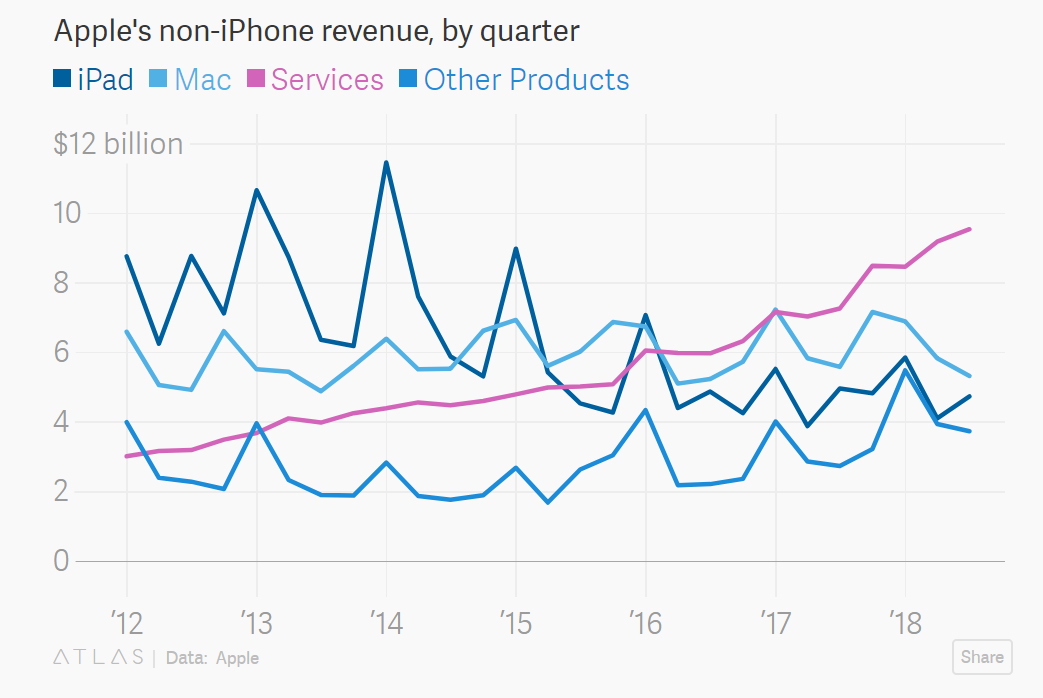 The best story in earnings is actually from Apple's 'services' business, which is now a behemoth, out-earning all of Apple's non-iPhone products by a large margin. Services includes app sales, iCloud subscriptions, Apple Music, Apple Pay fees and so on, and sold $9.5 billion in a single quarter, a jump of 31 percent.

That's where the success story is, and is the future of the company's growth. Finding income beyond yearly hardware sales is clearly important long-term as each hardware cycle plays out, and the strategy seems to be succeeding.

The takeaway: The results are strong, and Apple's growing its business everywhere that matters by squeezing more money out of each product line it has, while building a strong foundation for the future with subscription revenue. Sales of the iPhone are slowing down, but Apple is ready to weather that storm.

Spotify integrates with the Android system clock to offer streaming wake-up music
This might not be revolutionary, but I'm surprised it didn't happen before now.

IDC says that smartphone sales are beginning to fall
I had no idea how rapid Huawei's rise was - the graph below is fascinating, because it now ships more phones than any other manufacturer. 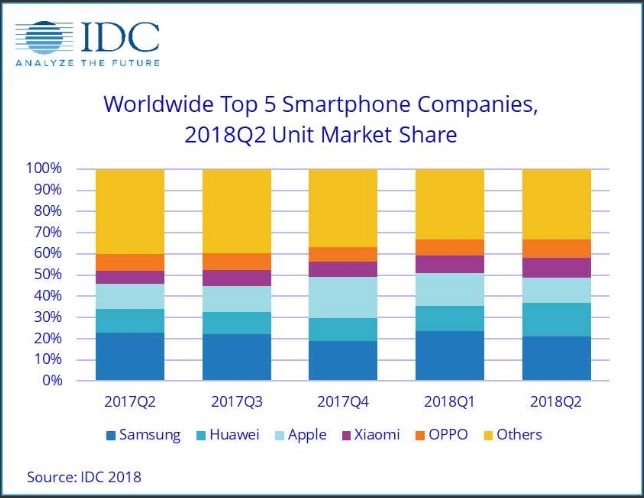 Good listening: I'm really enjoying this relatively new podcast, Darknet Diaries, which examines stories from the 'dark corners of the internet.' It gives the inside story of various hacking scandals, or security issues, and breaks down what went wrong.