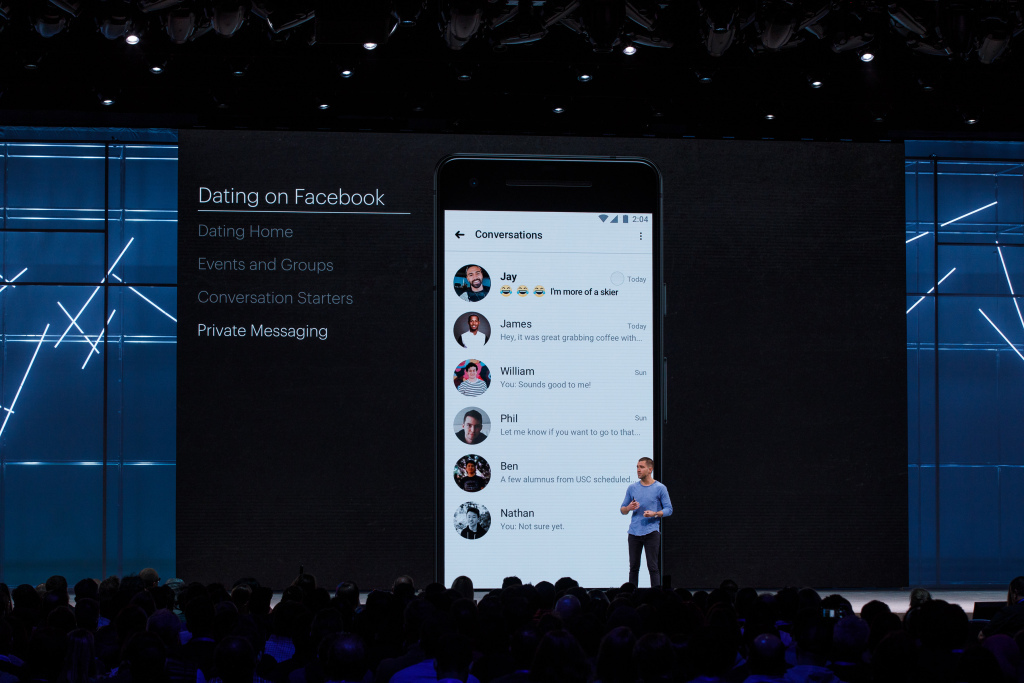 On a year where Facebook is up against its strongest criticism to date, the company chose to announce dating features at its F8 developer conference today. Yes — it's going up against Tinder, in the middle of a privacy crisis.

The dating feature will allow you to create a separate dating profile, with data from your main profile that is segregated away from it, and the dating tool won't surface matches you're already friends with.

What's interesting is that Facebook has seemingly learnt from what's happening and is starting to put it into its products: dating, for example, contains a new siloing feature called 'locking' that allows you to only reveal some information (like interests or common groups) when you choose to.

The dating industry was not impressed. Match, the company that owns OKCupid and Tinder, lost 22 percent in less than an hour — such a competitor marks an existential threat to those products' existence if users were to embrace Facebook's offer.

The Verge's take, that the dating tool will be a success if it manages to actually get people to meet in real life, is one I've heard resonated when I asked around: perhaps it could make it less creepy — especially given it may feel safer knowing it takes a real Facebook profile to create an account.

One of the biggest complaints I hear from friends about dating apps is that they never seem to get over the messaging-to-meeting-up-in-person hurdle. They’ll amass tons of matches, chat over an app, maybe move to text, Snapchat, or Instagram, and then... that’s it.

Dating aside, Facebook is basically betting everything on Instagram, Messenger and WhatsApp. It was clear from the event that Newsfeed is considered old news, and that Facebook's focus is entirely elsewhere. 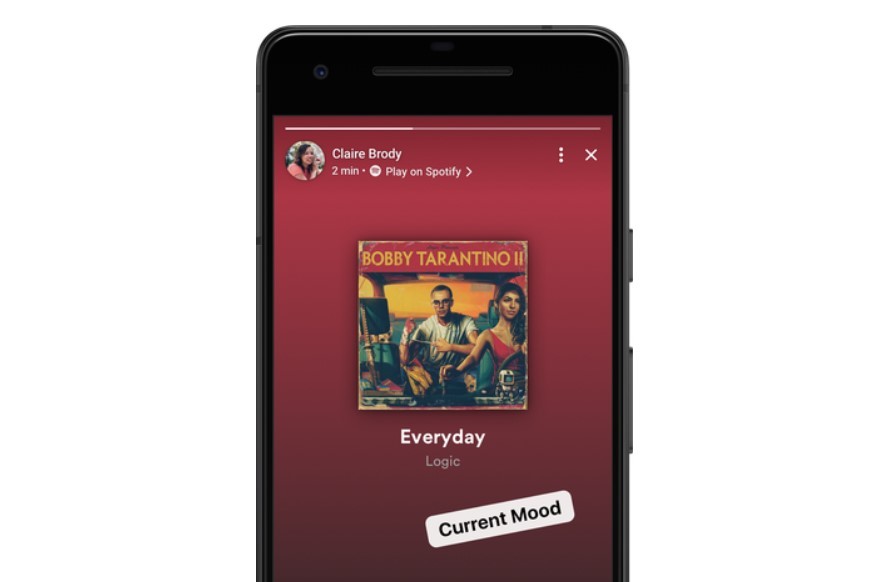 Here's an example: Instagram is getting video calls, "direct sharing" to post to the service from Spotify or other apps, third-party AR filters and so on. Instagram is the new Facebook 'open graph' from a company that knows the Newsfeed format isn't winning hearts over anymore.

F8 was otherwise a muted affair. It reopened the developer platform, announced the portable Oculus Go VR headset and made a lot of noises about VR — again — but otherwise spent most of its time trying to convince developers that it can be trusted, even if everyone knows the reality of doing business with Facebook.

The most exciting feature for you and me out of today is that Facebook will allow anyone, including those without a profile, to clear all data collected about you. It's unclear how this will work exactly, but it'll supposedly delete browsing history, what you've clicked and everything — wild!

F8 continues tomorrow, and I'll cover what happens on the second day in the morning.

Apple is not doomed

I always enjoy Apple earnings calls because technology Twitter erupts into two sides. One side is loudly yelling Apple is doomed while the other is screaming Ha, we told you Apple would prove you wrong again!

Prove analysts wrong, it did!  Apple had another record quarter, and sold a bunch of iPhones again — about what you'd expect when you release a high-end ten year anniversary phone! It sold $61.1 billion worth of stuff, made up of 52.2 million iPhones, 8.92 million iPads and 4.1 million Macs.

What does this mean on a macro level? iPhone sales were up 14 percent over last year — a solid bump — though Mac sales completely flattened out, and shipments even shrank three percent.

Without knowing the breakdown of which phone sold the most (Tim Cook only said that "Customers chose iPhone X more than any other iPhone each week in the March quarter"), it's still safe to say that iPhone X has taken the market by storm and caused upgrades even as it reaches saturation point.

The most fascinating part of this, which we discussed in peak smartphone last week, is that Apple is rapidly investing in growing its subscription business (iCloud, Apple Music and so on) to offset any future slowing phone sales: it's now worth $9 billion a quarter, and more than doubled in subscriber size in just a year.

If anything comes out of this, it's that supply chain analysts have no idea for the most part, and that the press should stop reporting things like 'Apple shrinks iPhone X orders' based on simply hearsay.

Apple has proven them wrong, yet again, in what might have been the hardest year yet to convince people to buy a new device. I'm curious how this conversation will pan out exactly a year from now, but for now, the company has outperformed the haters yet again.

Snapchat lost $386M last quarter — and is capitulating to user complaints
The loss sounds bad, but what's worse is growth has slowed dramatically. Also, the new design isn't working out to be the savior the company promised (although apparently older people love it).