It's hard to avoid buying devices with internet-connected smarts in 2019. There's a connected model of everything from the basic light to the always-online oven, even if their utility appears questionable. In the industries where connected becomes standard, it quickly becomes impossible to find much else as the industry rushes to compete and shove online features wherever they might fit.

Smart speakers have ushered the rise of the Internet of Things by making it easier to justify smart gadgets that seem simpler to use than their older counterparts. But, there's little in the way of a conversation about what data these useful little helpers are tracking, let alone who they're sending it to, as we add them into our homes.

I wholeheartedly installed a Nest thermostat, Philips Hue lights, a Samsung Smart TV and even a internet-connected Neato robot vacuum cleaner. They seem innocent enough, and fairly useful, but I often find myself wondering who they're sending data to, or what they might know about me. If you track how often they call home, like I did, it often numbers in the thousands of times a day.

If Philips wanted to know when I get up in the night and go to the bathroom, and how often I turn on or off the lights, I guess they now know.

That information seems harmless enough, but there's plenty of things that can be inferred from it, if they want to know more: they now know I'm often going to bed way too late, getting up late, that I forget to turn off my lights, and prefer the house extra hot, thanks to the hidden, embedded temperature sensor inside some of their products.

That's actually pretty useful data for an advertising company. If you want to target your fancy coffee thing in the morning to sleepy users, that's the data you need to get there. Nest would likely give you the same, but I'm not sure about the Neato vacuum (though, I suppose a map of my entire house would be useful). 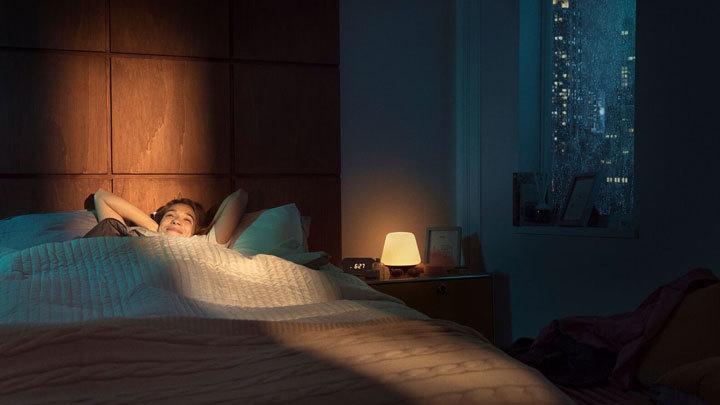 Even at its most basic level, these devices can help tell someone when I'm home and when I'm not, which has been a difficult nut to crack in advertising historically. Do consumers understand, or know, that manufacturers are likely monitoring these data points? Do they know they might be shared with others? Are these devices designed to be useful at al The answer: almost certainly not, and there's no motivation to educate them, either.

There's also the related companies in this mix, too: Google and Amazon both get a near-constant stream of updates from your smart products once their connected, even if you don't drive them via the company's assistant all the time. Home needs to know whether or not you turned on or off your light, so it doesn't set it incorrectly, but it's conveniently useful for understanding your habits as well.

These aren't inherently bad things, and while I personally trust Google to keep that data separate from the bog of advertising, there's a huge glaring question mark in this space: who will step up and be transparent about what it's doing with all that information? As Amazon acquires Eero, and Google builds Wifi, along with all of their other products, they're poised to own the smart home by default. Will they help users understand what's going on?

I'd hazard a guess that the answer is simple: it'll stay about as opaque as it needs to, because it's in the interests of Google and Amazon to do so. HomeKit might be the only 'privacy' minded standard, but it's too complex for consumers to understand, and it seems Apple is playing the smart home game on such a small scale comparatively that it's hard to see it making an impact without more focus and marketing.

As a result, what your smart home does, and who it tells about it, will remain a partial secret. But doing so is a risk; as we saw with the Facebook privacy scandal, users simply had no idea that simple personal data could be weaponized in such a powerful fashion, and the smart home will be the same. Data, it seems, is the new oil: a differentiator, but a huge, unknown hazard, that could spill over and cause a mess.

Smart products aren't going away, and if history of smart TVs shows us anything, it's going to get increasingly difficult to buy simple devices without internet. If there's any time to step up and say: we won't share your data, or if they do, here's what it is, now is the moment. Google or Amazon could win over thousands of customers by owning the conversation, rather than letting it languish.

Or, they could suck up as much data as they can, and solve that later.

Xiaomi's scooters, used by JUMP, Lime and others, have a remote exploit
It works over Bluetooth, and allows direct control of the scooter speed and braking, which is terrifying, but not surprising at all.

India's antitrust authorities are now looking into Android along with Europe