In Silicon Valley, there might not be any slide deck people actually want to read except the yearly in-depth one from Mary Meeker, partner at Kleiner Perkins, that looks at internet trends over the course of 294 slides.

Just released, this year's is worth breezing through if you have an interest in the industry at all. Some highlights from my look at the report: 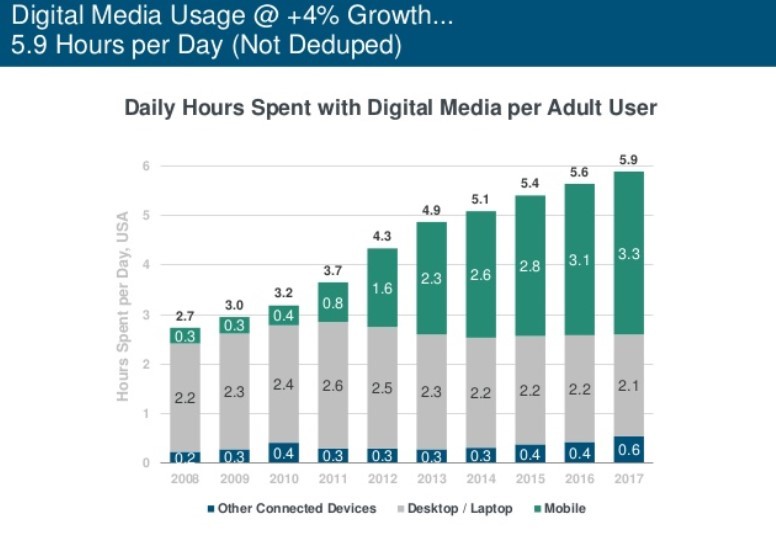 Despite new internet users coming online slower, now that we've reached 49% of the globe with internet connections, time spent consuming content is now up to an average of 5.9 hours per person. That's wild, considering that it seems to many of us that we've reached peak app, but people are spending more time in them than ever before. 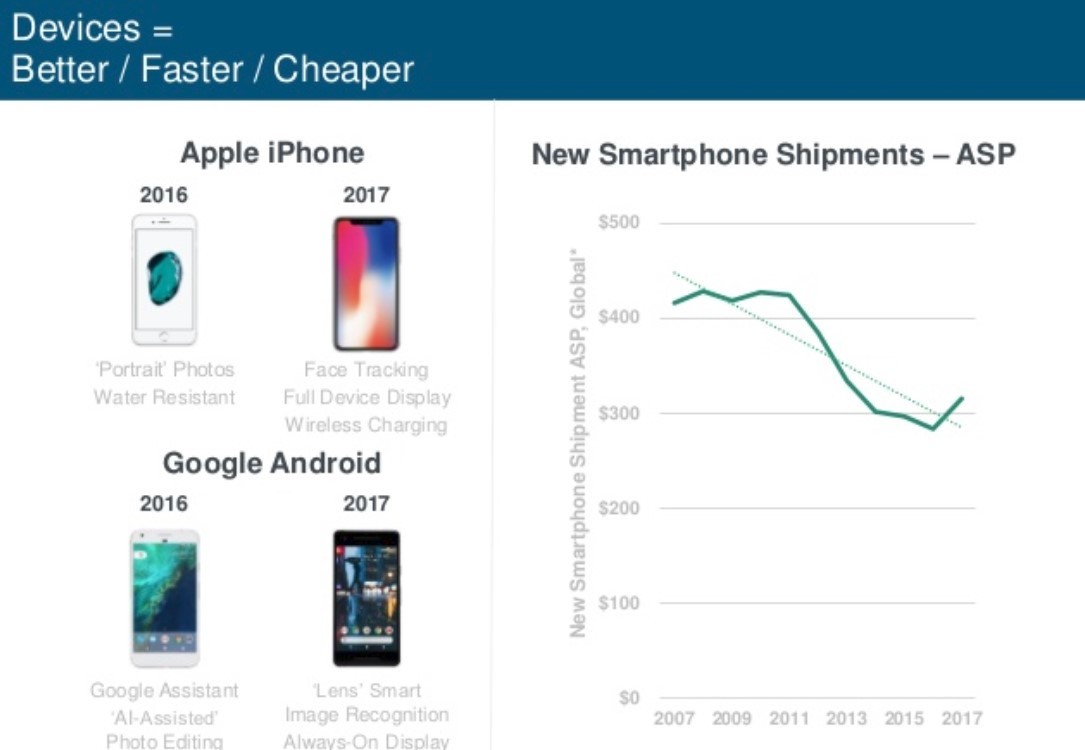 Despite the high-profile smartphones trying to normalize higher selling prices with consumers, like iPhone X, prices are falling overall as the competition gets faster and cheaper at the same time.

It's a fascinating problem for smartphone makers that rely on yearly bumps in revenue by refreshing the hardware that we discussed in peak smartphone, and it's already arriving.

3) Social media is huge for e-commerce 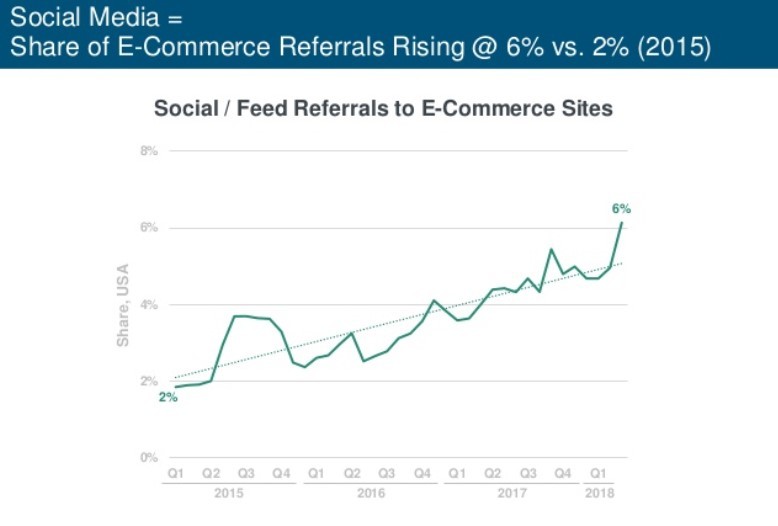 This one might seem obvious on the surface, but it's impressive how quickly social referrals to e-commerce websites are growing, even today. This could be explained by things like the increase of drop-shipping via Shopify, driven by Instagram advertising (there is a great podcast episode by Reply All about this phenomenon). 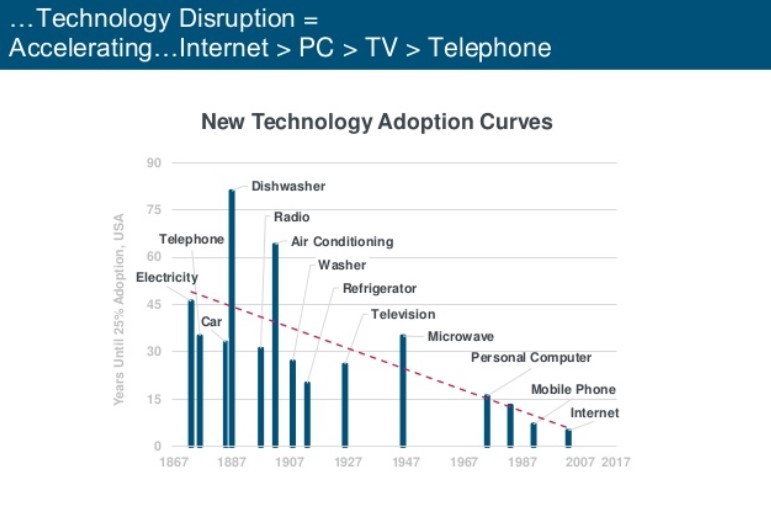 It took more than eighty years for the dishwasher to become commonplace. Television was almost twenty years. Meanwhile, the internet took less than ten years. Perhaps whatever's next will take five years?

Much, much more can be found in the report, which I tend to browse through over the space of a few days because at near three hundred slides, it's a bit much in one sitting. If you find anything particularly of interest, or a space for disruption, let us know on Discuss, I'd love to chat about it.

It's the 'founder friendly' era and they're wrestling away more power
This reads sort of negative, but I love that this shift is happening: maybe everything doesn't need massive VC dollars, and maybe sometimes VC interferes with great product.