Dating has always been stressful, I'm sure. By its very nature, dating is an emotionally intense thing to do. You've always had to open yourself up and make yourself vulnerable. But in 2019, when technology companies are under attack from every angle, it feels like we haven’t started talking about the emotional effects of dating apps yet.

Social media has long been under scrutiny for the effects it can have on people’s lives.

You might remember even back in 2014, Facebook revealed it could make people feel more positive or negative based solely on the items it showed in the News Feed. But, with dating apps now prevalent across society, given the intense subject matter, it's only right to shine the light on how these apps specifically can—deliberately or inadvertently—make you feel.

Without giving too much of my personal life away, I think it's important to say that like millions of others globally, I'm a user of these apps, and I will continue to use them. I have felt the full spectrum of emotional effects and sometimes wish I didn’t use them, but they’re a part of modern life.

And not only are some of the negative effects preventable, but I think dating apps have a responsibility to prevent them.

Dating apps are designed to be addictive and game-like. They're compelling, and it can be very difficult to drag yourself away. The swipe gestures made popular by Tinder are a stroke of genius because they put quick judgement and snap decision making at the heart of the app. They keep you coming back for more, because you're always hoping that once you release your finger after swiping right, you're going to get a match.

Of course, this is what's key to the success of these apps. Without those mechanisms, dating apps are boring. Indeed, there are apps, like Hinge, which deliberately don't use swipe gestures. They feel slow, and struggle to hold my attention.

But the flip side is there to see: you can continually swipe and get no reward. It can kill your self esteem like nothing else on the internet. And this is an effect that real-world, old-fashioned dating never had. The way these apps are designed turns every part of into tiny, dopamine-firing game, engineered to pull you in, and I'm sceptical about how much control people really have over how and when they play the game.

Of course, to a certain extent dating is a game. It's a competition in which you have to find someone right for you. But different people play the game in different ways, and apps shouldn't force people to play the game a certain way.

When you match with someone on Tinder, you're invited to start a conversation with that match. On the blank conversation screen, Tinder provides a conversation prompt. Often, these prompts are harmless. For example, one I've seen recently just said "cats or dogs?".

But other times, this copy can be pressurising. For example, there's one that says "'Hey' is for horses". Another that says "you'll never meet 100% of the matches you don't message" and another that says "say something witty!".

Now, taken out of context, these seem pretty harmless. It's just a bit of quirky copy. But hypothetically, if someone has social anxiety anyway, being constantly goaded with a demand to be witty can't be healthy. When you add the effects of societal pressures to be in a relationship, this can be even more detrimental.

The subtle signals that conversation prompts send is manipulative, and some of the behaviour by these apps to force engagement and bring you back over and over again is inexcusable.

For example, one app often adds an unread badge on iOS if the app hasn’t been opened in a while. When you open the app, there’s no unread message, no reason for the badge to be there. But you’ve opened the app now, so you might as well start swiping again. You keep tapping because you think ‘what if this time, there is a message?’.

A win for engagement, a loss for your sanity.

I’ve seen this growth hacking—where companies use every tool possible, however duplicitous, to make people use their products—everywhere. Tinder has a notification that says “Don’t keep your match waiting!” if you’ve not started a conversation within a few hours of matching with someone.

Growth hacks are annoying wherever they exist (I’m looking at you, Instagram), but what’s important to remember is that dating is different. Online dating is a ritual, a carefully choreographed dance, full of etiquette and taboo.

If you leave a match too long before starting a conversation it’s ‘forget it, you’re obviously not interested if you’ve waited this long’. If you start a conversation too soon, it’s ‘calm down mate, you’re a bit keen’. So, when you’re dating online, you’re already navigating a complicated landscape, with fewer cues than the real world, where if you’re not careful, you’ll accidentally give the wrong signal and drive your match way. All of this makes growth hacks even more invasive, even more annoying, even more damaging.

Now, dating apps can only do so much. I know they can’t control everything and there’s a certain amount of change that needs to happen on a societal level. Dating culture now rewards triviality and encourages bad behaviour.

When you think about it, ghosting someone is a genuinely horrible thing to do, especially if it happens after a few dates. (Side note: there is a time and place for ghosting and it is very early on in any interaction with another person)

But ghosting has become normal and when you’re on the receiving end, you just have to accept it. I wonder whether part of that is that dating apps can make everything feel inconsequential - if you’re not into someone, there’s no need to have a conversation because you can just resume swiping. Swipe away your problems, swipe away the consequences.

And it’s not only ghosting. We’ve created an entire lexicon around the bad behaviours seen during dating: words like orbiting, zombeing and breadcrumbing. And all of those behaviours are bad, but they’re just now part of dating life.

Tackling these bad behaviours requires us to collectively call them out and not normalise them. And I think dating apps can play a part in that. Reward the good behaviours, don’t normalise the bad. The platforms, like in the case of Facebook, are culpable for the behaviours they encourage.

How we fix it

So if dating apps do lots of things wrong, why don’t I just ditch them?

The simple answer is because there’s very little choice. My entire demographic is on these apps, and I have no real other way of meeting new people. You’re entirely reliant on the apps to find a partner.

I have had a lot of good experiences on these apps, and met some great people. But the point is that they have side effects, and I want the apps to tackle those side effects. There are simple solutions to a lot of these issues.

Firstly, educate your users on how to stay sane while dating. Start by acknowledging that dating - a process of emotional vulnerability - can be a great, but tough thing. Tell your users that it’s okay to take some time out if you’re feeling overwhelmed, or hurt by your experiences.

Secondly, build tools for self-regulation into your apps. Most apps already have a “snooze” or “private” mode that offers a temporary block on how many people your profile is shown to.

But these features can be built out, if companies were motivated to take better care of their platforms and the people using them. Here’s a few ideas:

Some of those options might drive down engagement a little, but as it is, I’m convinced that people resent using these apps. Perhaps if people had more control over how they use dating apps, they’d be more actively engaged with them: more likely to pay attention to ads, more likely to recommend them to friends.

And maybe, if these apps cared about your emotions a little more, they might help create even more meaningful relationships. And isn’t that what it’s all about? 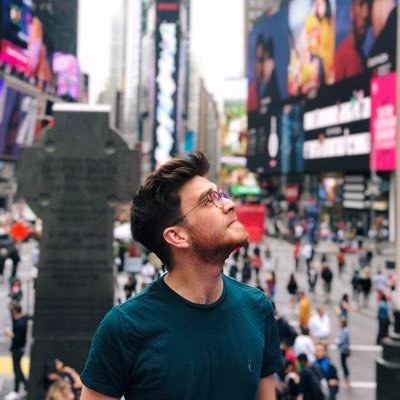 Adam works in digital marketing and strategy for a charity in London. He curates and edits Overload, a fortnightly newsletter exploring humanity's relationship with the internet. He used to work as an editor at the technology news site Techmeme.

The web payments landscape is about to change forever