After Samsung unveiled its science-fiction inspired folding phone, the Galaxy Fold, last week, I've been thinking a lot about the technology as well as why it feels so exciting but so... unrealistic? It's a solution looking for a problem nobody really has: did anyone ever think they wished their phone was also a tablet?

Yes, foldable screens may usher in a whole new world of devices, assuming the technology gets thinner and cheaper in the future, but perhaps phones are the wrong place entirely. Why are smartphone makers rushing to cram a folding screen into already space-starved devices?

The constraints of a phone make foldables a really challenging story: keeping them thin and light enough, while still strong enough to withstand daily life, in order to compete with the regular smartphone is going to be a long-term problem. Even with future technology advances, it's difficult to see many of the physical constraints being solved—it needs to fit in your pocket, after all, and last at least as long as today's devices on a single charge.

Examining the problems these foldables are supposed to solve is perplexing: Samsung's best justification it could come up with was that it will change "the shape of tomorrow." Huawei failed to detail any real benefits, and this entire article about its launch doesn't address why consumers should care either.

If I consider it for a while, the largest advantage would be to merge the tablet category with the phone, but it's a confusing proposal: do consumers desire a phone and tablet that will require charging even more often? Perhaps foldables are like adding a second monitor to your desktop: useful for power users to get a bit more space, but most people don't care.

Foldables actually make more sense applied to larger devices, such as the iPad Pro or something more complex along the lines of the Surface Book. While I never really wished my phone was a tablet, I've certainly mulled the idea of a tablet and laptop combined, adaptable to the situation I'm in, without the awkward detached keyboard kicking around somewhere.

A larger device would allow many more places to hide the batteries, a simpler solution to the 'folding batteries' problem and would allow foldable devices to adapt more naturally to our lives than they do today. Folding an iPad Pro in half to get an iPad Mini makes much more sense to me than unfolding a wad of phone into a tablet. What use case does that solve?

The same goes for laptops and 'convertibles,' which could find themselves decimated by the advent of practical, beautiful folding alternatives that don't require extra accessories.

Surface Book, for example, could simply be a single ultra-thin device that folds into itself to become a slate, rather than detaching. The lower half, in 'laptop' mode could transform into a simple display-based keyboard, and adapt dynamically to the form-factor it finds itself in at any moment.

Foldable phones seem like a futile exercise in squeezing technology into enough space, inspired by Westworld, but a laptop that folds into a tablet? That's something that has legs, because it would be a better story than an awkward Surface-style detaching keyboard situation that we have today and it would reimagine an aging form factor.

I suspect this is what may happen, after the phone hype blows over and the constraints of physics kick in.

Foldable phones are challenging, but I hear almost constant rumblings that the big players in the computer space are moving quickly on larger laptop-shaped devices, precisely because they afford themselves to weird ideas much more. The only blocker stopping them from shipping today is the fabrication of larger displays, but that will come in time. 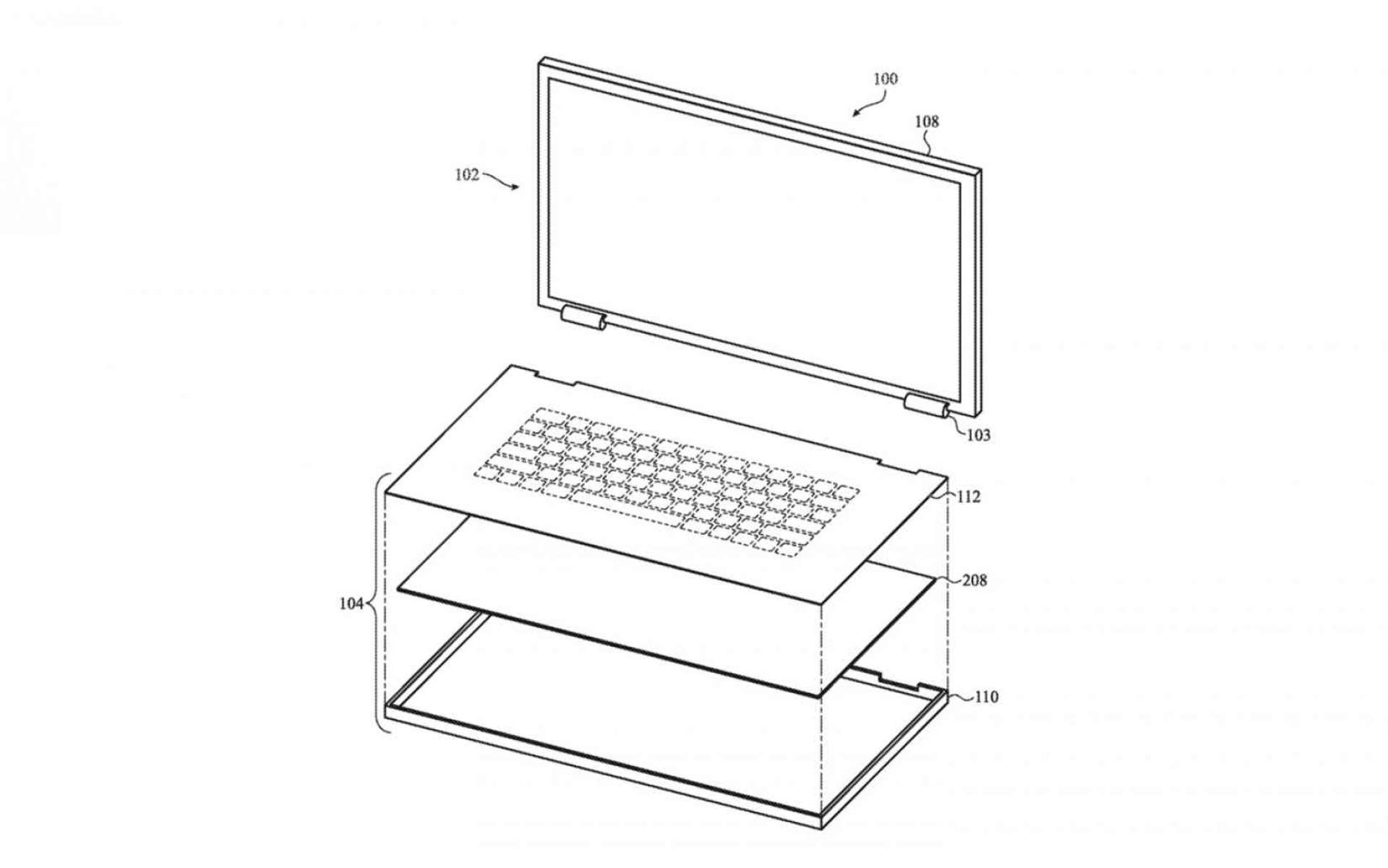 Apple patent imagery indicates an all-screen laptop in the works

There's plenty of examples from the rumor mill about the types of devices I'm expecting.

Microsoft has been experimenting with 'dual-screen' devices with the codename 'Andromeda' for some time, and the Windows codebase indicates that full support for these devices isn't that far off. There's a rumored Surface-branded foldable on the way too, along with indications found in patents that Apple is planning much the same thing at some point in the future.

Those movements don't even examine the larger OEM industry, like LG, Samsung and other laptop makers, who are surely pursuing the same thing, we just don't know about them yet. The other indicator? This isn't the first time someone's attempted to do this: Microsoft spent years working on a folding booklet PC called 'Courier' which was ultimately killed. Folding screens didn't exist back then in 2010, but they sure would make that type of device much more compelling.

Things in technology are weird right now, and it's a fun time because it's become really difficult to differentiate between rectangle-based devices. The foldable phone appears designed to issue a wow from people, and then have them hand over their wallet: $1899 for a kludgey folding screen? I'll be waiting this one out for a while.

As smartphones have become a commodity, the industry is really seeing the need to experiment, change the rules, and uproot what we know to keep driving sales, so that's why we're suddenly here: weird, thick, wonderful folding devices that wouldn't otherwise exist.

This article originally appeared in newsletter form for subscribers of the Charged Briefing, which you can sign up for here.